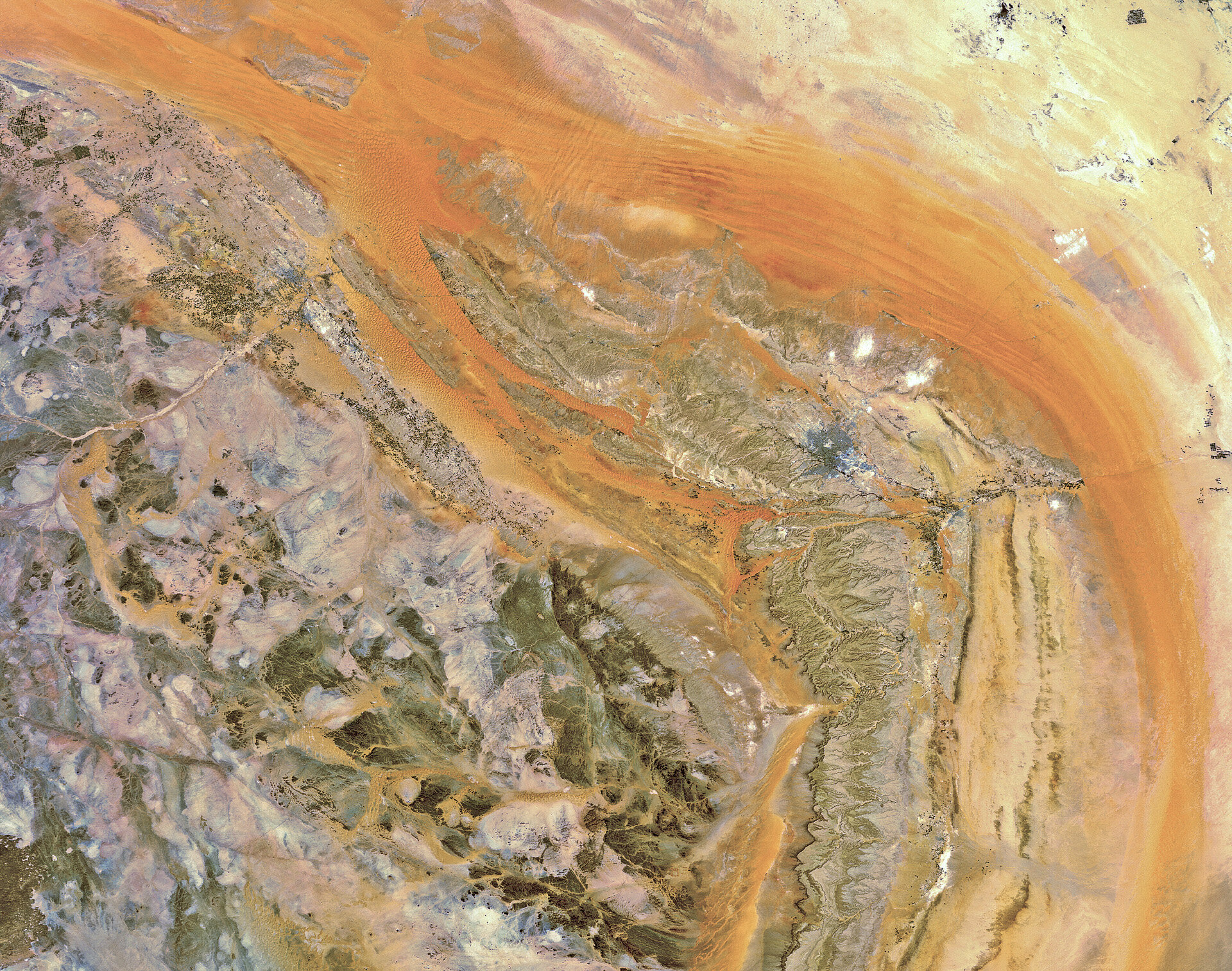 This image, acquired on 28 October by Envisat, shows central Saudi Arabia on the arid Arabian Peninsula.

Most of Saudi Arabia has a desert climate and experiences extremely high temperatures, sometimes reaching up to 50°C in the summer.

While there are virtually no permanent rivers or lakes in the country, large valleys called 'wadis' fill with water during times of heavy rain. Most settlements are located along these valleys.

The area pictured is on the central plateau, Nejd, which slopes downwards from west to east.

The dark circle near the centre of the image is the capital city of Riyadh, the nation’s legislative, financial administrative, diplomatic and commercial hub.

Despite the dry climate, large irrigated crops have been established in the area west of the capital. The irrigation of the fields largely depends on fossil water that was stored underground when the area received more rain several thousand years ago.

This image was acquired by the Medium Resolution Imaging Spectrometer on Envisat.