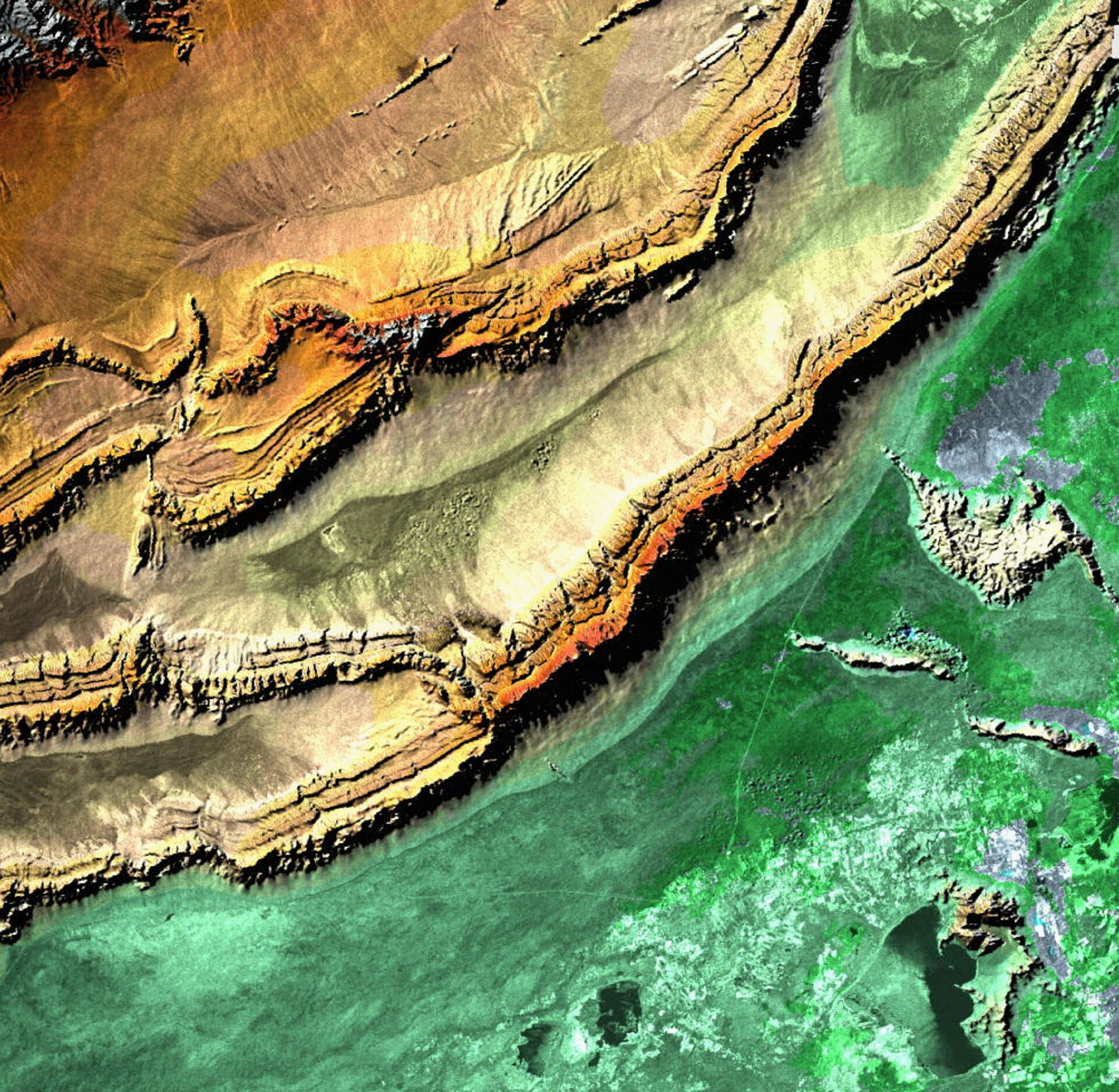 This week, we take a look at the varied elevations of Bachu in western China in an image developed using data from the two ERS satellites.

ERS-1 and ERS-2, launched in July 1991 and April 1995, respectively, were ESA's first Earth observation satellites, each carrying a comprehensive payload including an imaging synthetic aperture radar, a radar altimeter and other powerful instruments to measure ocean surface temperature and winds at sea. ERS-2 also carried a sensor for atmospheric ozone research.

Following the launch of ERS-2, ESA linked the two satellites in the first-ever 'tandem' mission for nine months.

During this time, the same area on the ground could be viewed from two different angles within a short period of time as both satellites orbited only 24 hours apart. This increased frequency and amount of data offered scientists a unique opportunity to observe changes in landscapes.

The tandem mission introduced new techniques for mapping vast areas of Earth in 3D, and paved the way for future tandem operations such as those involving ERS-2 and Envisat.