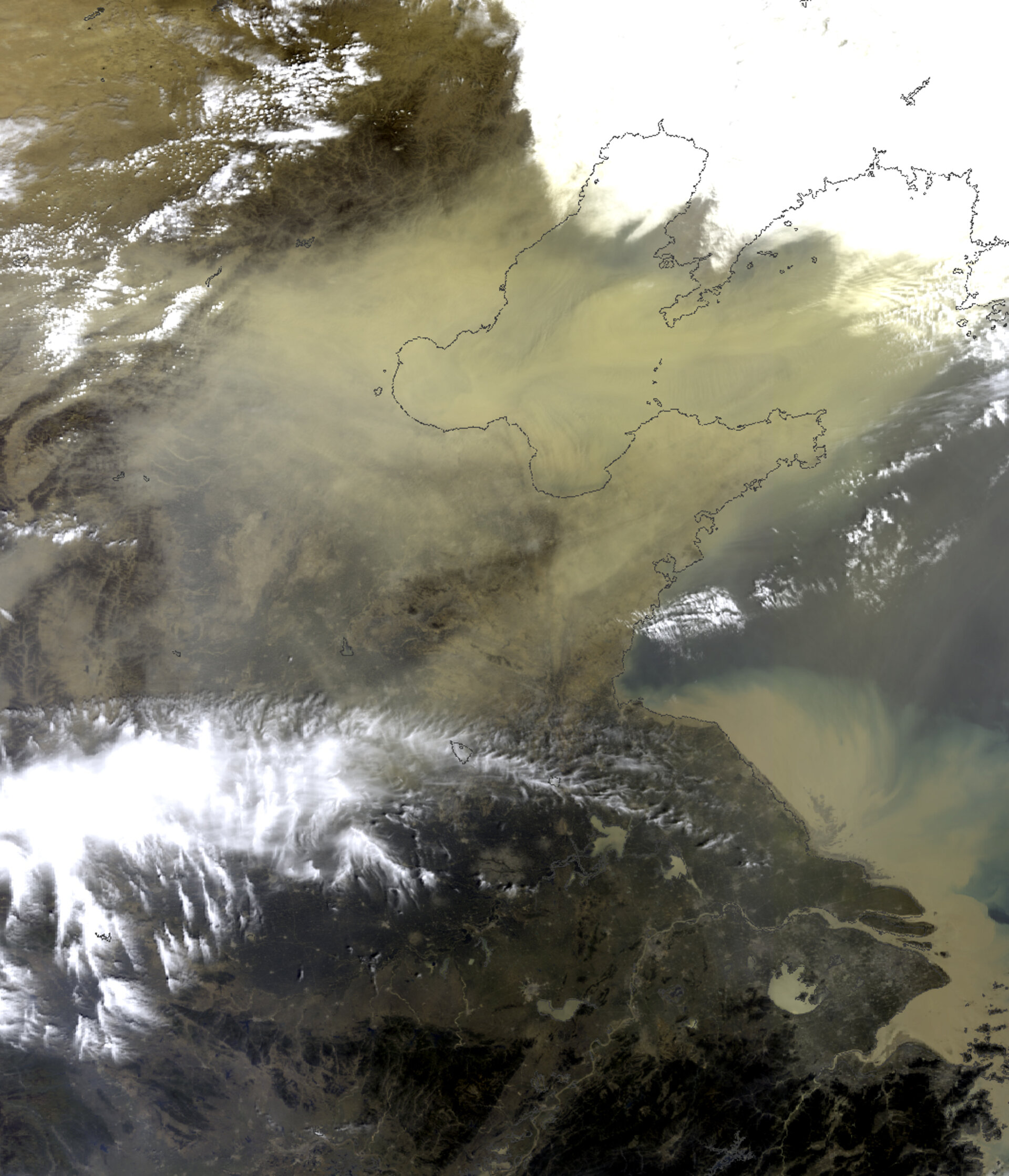 The worst sandstorm in five years swept through Beijing, China, overnight Sunday covering the city in some 300 000 tonnes of sand and yellow dust. Envisat captured the sand whipping over the capital on 17 April 2006. (Landmass has been outlined in black around the Yellow Sea for reference.)

Every year from March to the end of May, dust blowing off the Mongolian desert plain descends upon northern China, but the problem has worsened in recent years as north-western parts of the country turn into desert.

In 2004, The United Nations Environment Programme (UNEP) said the dust storm problem is plaguing Northeast Asia nearly five times as often as it did in the 1950s and is worsening with growing desertification. To combat the spread of its desert areas, Beijing has been making efforts to plant trees and vegetation.

Hospitals in Beijing reported on Monday a sudden rise in patients with breathing difficulties, while health officials warned children to stay indoors and residents to wear masks outdoors. According to the Beijing Municipal Environmental Protection Department, Beijing rated the pollution caused by the dust storm grade V – the most serious level in pollution grading.

More than 300 sprinklers were deployed by the city government to clean at least 500 urban roads, covering an area of 30 million square metres. Still, the dust loomed and China’s Central Meteorological Bureau announced on Tuesday it was preparing to seed clouds to make rain in hopes it would clear the air. Seeding clouds involves using aircraft to spray moisture-laden clouds with a crystalline substance such as silver iodide, which can prompt moisture contained in the clouds to freeze and fall as rain.

In addition to Beijing, the dust storms have affected Tianjin, Xinjiang in the northwest and other areas in the Jilin province in the northeast. The storm blew dust as far away as South Korea and Japan. In recent years, dust storms in northern China have spread as far as the United States.