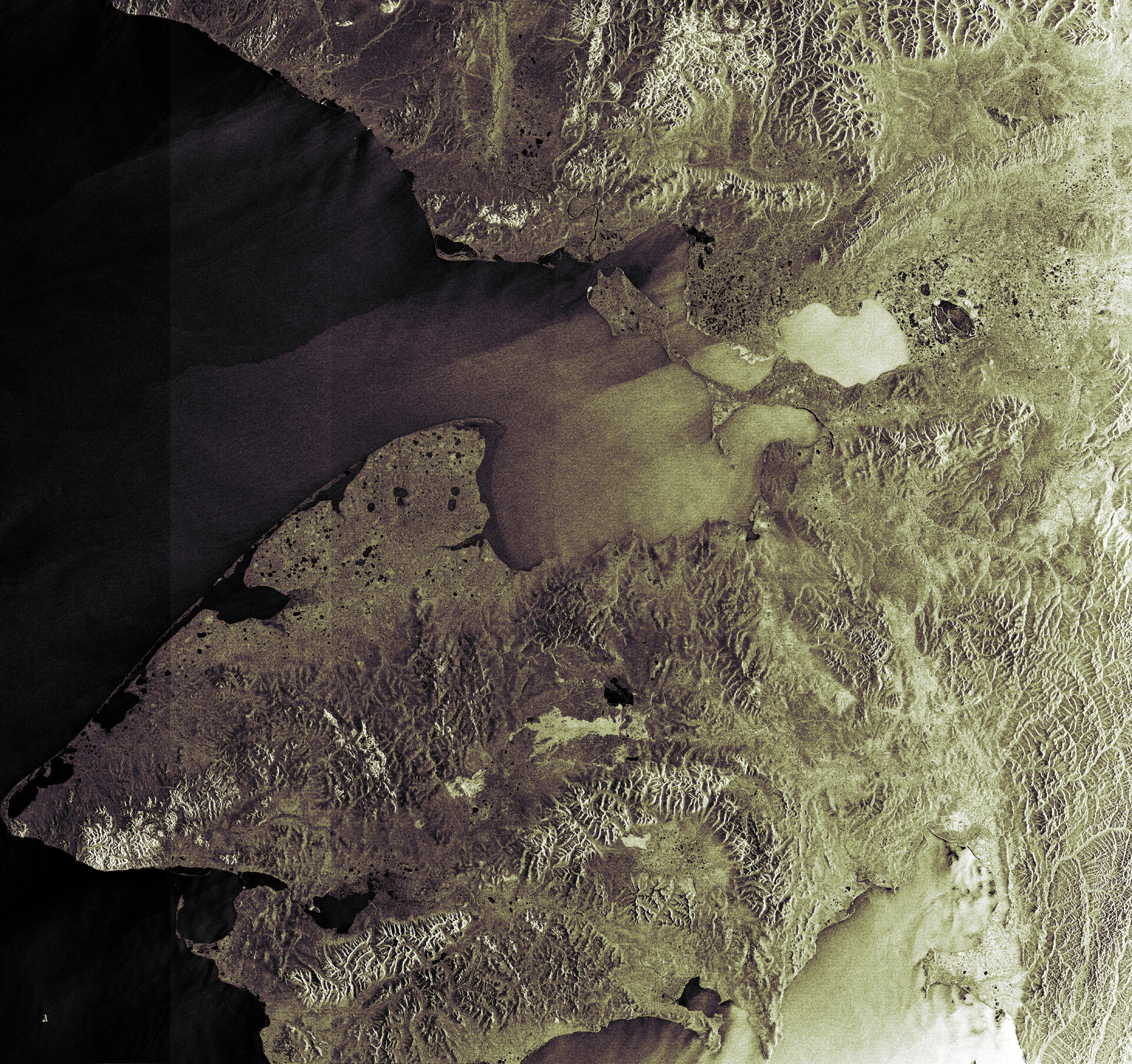 This Envisat image features the Bering Land Bridge National Preserve located on the Seward Peninsula in Northwestern Alaska. The preserve protects the remains of a land bridge that once connected the continents of Asia and North America, which are now separated by the Bering Strait.

Archaeologists and academics have long theorised about when humans first arrived in North and South America, as well as their origin. One prevailing theory holds that hunters followed game – including mammoth and mastodon – from Siberia to North America across a land bridge that surfaced around 12 000 years ago during the last Ice Age when sea levels were some 90 metres lower due to a build-up of glacial ice.

The 1.1-hectare preserve is located in the northern part of the Seward Peninsula (the left side of the land mass just beneath the inlet, which is Kotzebue Sound, in the centre of the image), which projects some 320 km into the Bering Sea just below the Arctic Circle. Seward, named after William Seward who in 1867 negotiated the purchase of Alaska from Russia, is approximately 330 km long and between 145 and 225 km wide. Its most western point, Cape Prince of Wales, is just 84 km from Cape Dezhnev, Russia.

Considered one of the most remote and least visited national parks in the United States, the preserve is accessible only by plane, boat or dog sled. The area boasts a diverse landscape, such as lava fields, tundra, mountains, rivers and craters, and houses a variety of flora and fauna, including more than 400 plant species, 170 bird species and numerous land and marine mammals.

This Advanced Synthetic Aperture Radar (ASAR) image was acquired on 9 October 2004. Because radar images measure surface texture rather than reflected light, there is no colour in a standard radar image.