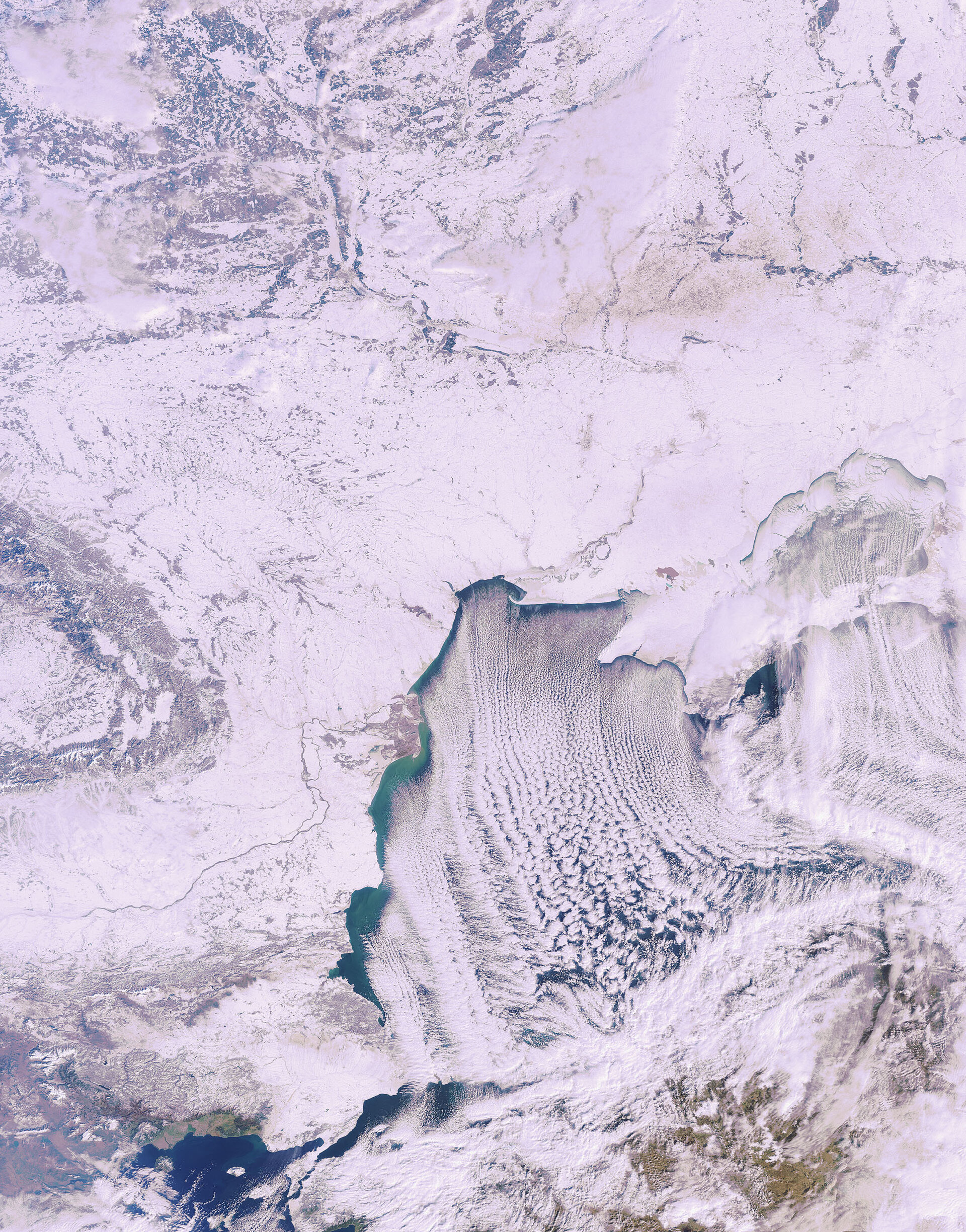 This Envisat image captures the deep freeze that has gripped southeastern Europe in recent days, claiming the lives of more than 40 people as temperatures in some areas plunged as low as minus 34 Celsius.

Along with Arctic temperatures, heavy snowfall has covered (counterclockwise from top right to bottom right) parts of the Ukraine, Moldova, Romania, Bulgaria, Greece and Turkey. In some areas, power, water and food supplies have been cut.

Romania has been one of the hardest-hit nations and has suffered the highest number of casualties with more than 30 people dying during the weeklong cold spell.

In Central Europe, Poland and the Czech Republic (not pictured) were also hit hard by plummeting temperatures with as many as 17 deaths being reported. Germany has also been affected, cancelling more than 200 flights from the Frankfurt Airport on Monday.

The cold snap is a result of cold Arctic air sweeping across the region. The northerly wind is visible in the cloud formations over the Black Sea. Wind direction is reported by the direction from which it originates, so a northerly wind blows air from north to south.