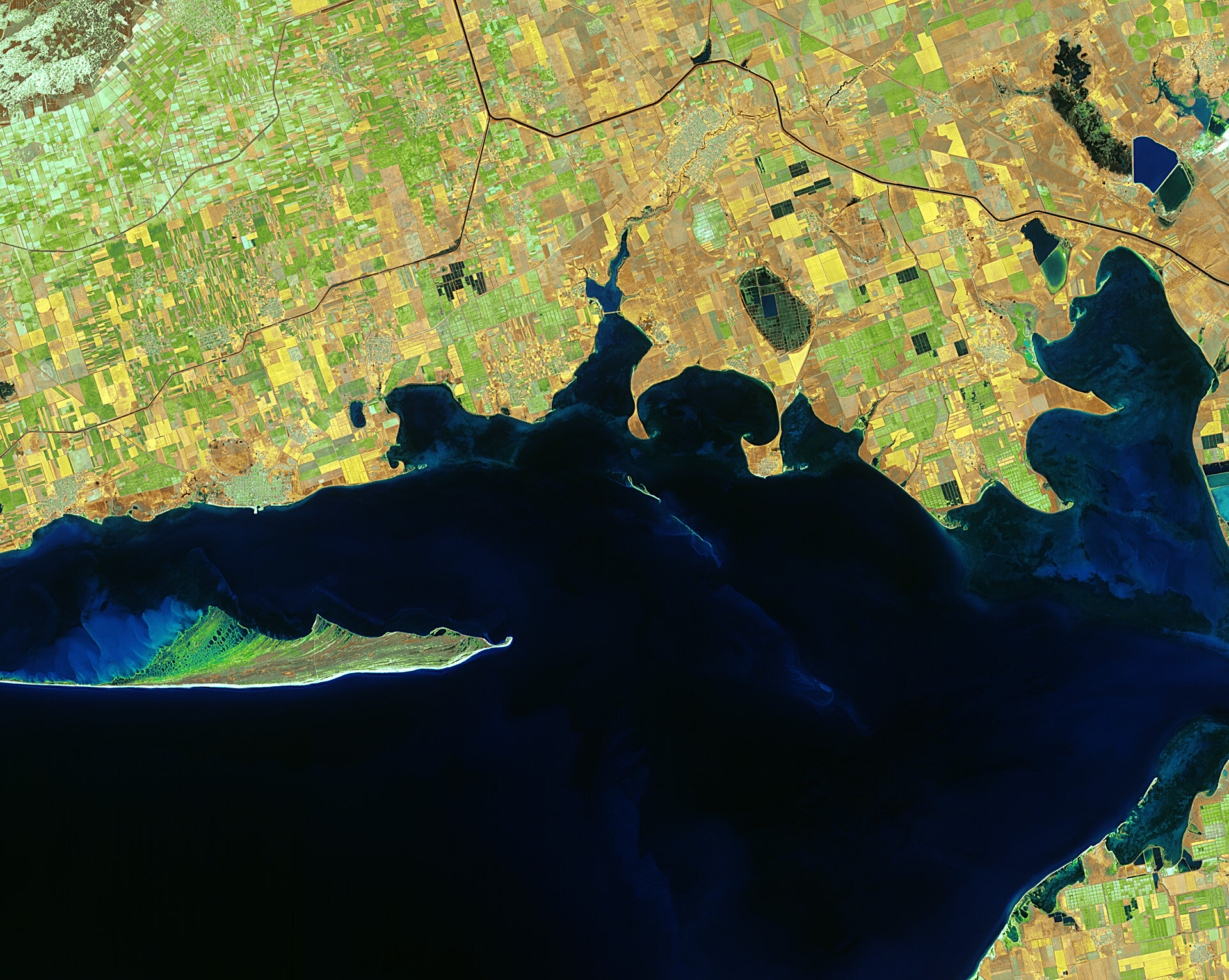 The southern Ukrainian coast along the Black Sea was captured in this image from the SPOT-5 satellite.

The green and yellow patchwork of agricultural dominates the land, while blue swirls of sediment and phytoplankton are present along parts of the coast.

The Black Sea, bordered by Romania, Bulgaria, Turkey, Russia, Georgia and Ukraine, is almost cut off completely from the rest of the world’s other oceans, yet it reaches depths of over 2000 m. The straits of Bosporus and Dardanelle connect the Black Sea to the Mediterranean Sea.

The upper layer is less salty and floats over the heavier, saltier water that comes in from the Mediterranean Sea.

The oxygenated upper layer is teeming with life, whereas the lower layer is considered ‘dead’. With no oxygen below 200 m, it is the largest natural anoxic basin in the world.

Earth-observing satellites can help identify sources of pollution, such as oil spills, and can even anticipate where pollution will drift by monitoring wave and wind direction.

The satellite is supported by ESA as a Third Party Mission, which means ESA uses its multimission European ground infrastructure and expertise to acquire, process and distribute data from the satellite to its wide user community.

SPOT-5 was built by France’s space agency, CNES, and its imagery is distributed commercially by Spot Image.