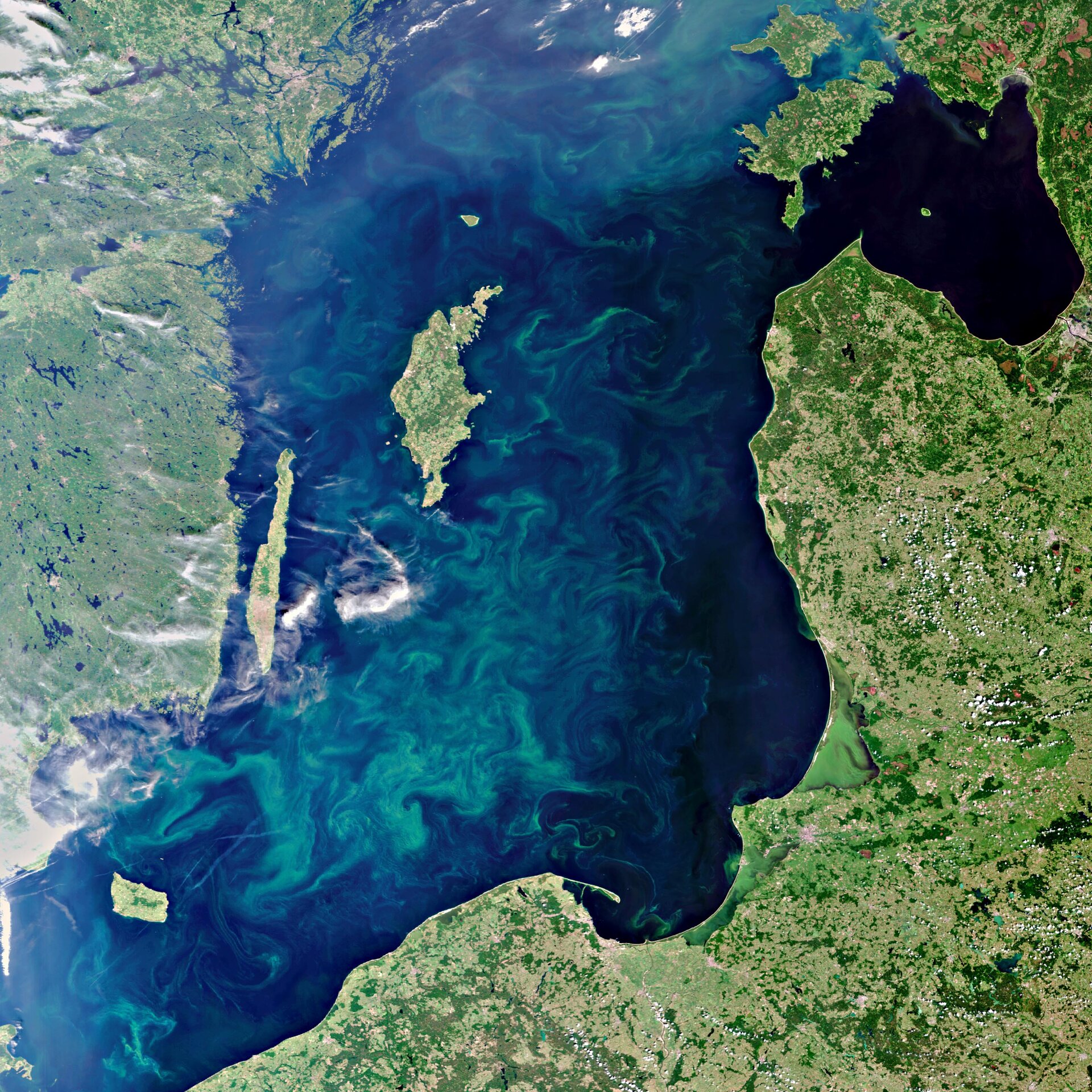 This Envisat image captures blue-green algae blooms filling the Baltic Sea, which is roughly 1600 km long, 190 km wide and has a surface area of about 377 000 sq km.

'Algae bloom' is the term used to describe the rapid multiplying of phytoplankton, microscopic marine plants that drift on or near the surface of the sea.

Floating freely in the water, phytoplankton are sensitive to sunlight and local environmental variations such as nutrient levels, temperature, currents and winds. The blooms seen here are due to favourable conditions – lots of sunshine, little wind and an increase of nutrients from run-off following the ice season – in the area over the past weeks.

Although algae blooms are a normal and essential phenomenon, they can be harmful to humans and animals when they produce toxic substances, occur too often or last too long, depleting the concentration of oxygen in the water.

Due to the toxicity of some phytoplankton and marine algae species, it is important to monitor blooms so that fishermen, fish farmers and public health officials know about such events as soon as possible.

While individually microscopic, the chlorophyll that phytoplankton use for photosynthesis collectively tints the surrounding ocean waters, providing a means of detecting these tiny organisms from space with dedicated 'ocean colour' sensors, like Envisat's Medium Resolution Imaging Spectrometer (MERIS).

Algae blooms impact the ability of radar sensors, such as the Advanced Synthetic Aperture Radar on Envisat, to detect oil spills because their presence produces a similar dampening effect on the water’s surface. It is important, therefore, for agencies such as the European Maritime Safety Agency, which monitors European waters for oil spills, to know when algae blooms appear to warn satellite image analysts.

Visible in the image (clockwise from bottom left) are parts of Germany, Sweden, Estonia (top right), Latvia, Lithuania, the Russian territory of Kalingrad and Poland. Also visible are the Swedish islands of Gotland and Öland (middle) and the Danish island of Bornholm (lower left).