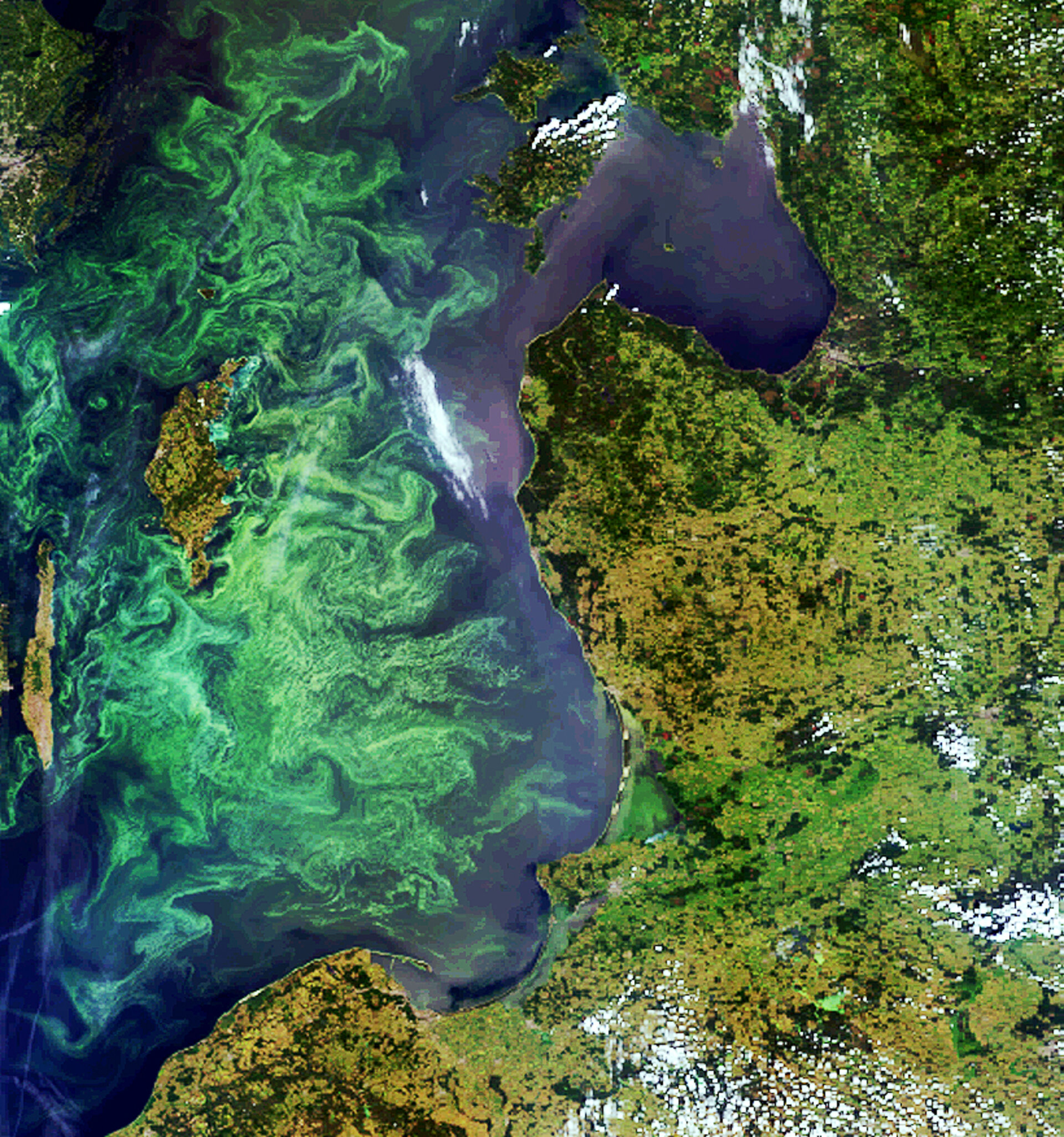 A colourful summer marine phytoplankton bloom fills much of the Baltic Sea in this Envisat image.

Phytoplankton are microscopic marine plants that drift on or near the surface of the sea, by far the most abundant type of life found in the ocean. Just like plants on land they employ green-pigmented chlorophyll for photosynthesis - the process of turning sunlight into chemical energy.

As if dye had been placed in the water, the greenish colour highlights whirls of ocean currents. Floating freely in the water, phytoplankton are sensitive not just to available sunlight but also to local environmental variations such as nutrient levels, temperature, currents and winds. Favourable conditions lead to concentrated 'blooms' like the one we see here.

Monitoring phytoplankton is important because they form the base of the marine food web – sometimes known as 'the grass of the sea'.

On a local level, out-of-control blooms can devastate marine life, de-oxygenating whole stretches of water, while some species of phytoplankton and marine algae are toxic to both fish and humans. It is useful that fishermen, fish farmers and public health officials know about such events as soon as possible.

Globally, phytoplankton are a major influence on the amount of carbon in the atmosphere, and hence need to be modelled into calculations of future climate change.

Such blooms are common at this time of year in the Baltic Sea due to the combination of warm weather and waters rich in phosphorous nutrients. This phosphorous comes from the sea floor, having been released for surface layer phytoplankton to consume when autumn and winter storms mix the water mass – at the start of 2005 a severe storm caused mixing in a deep column of water.

The bloom seen here stretches around 200 kilometres from Lithuania, Latvia and the Russian territory of Kalingrad to the Swedish coast, surrounding the Swedish islands of Gotland and Öland. Blooms in the Baltic Sea are routinely monitored by the Finnish Environmental Institute (SYKE).