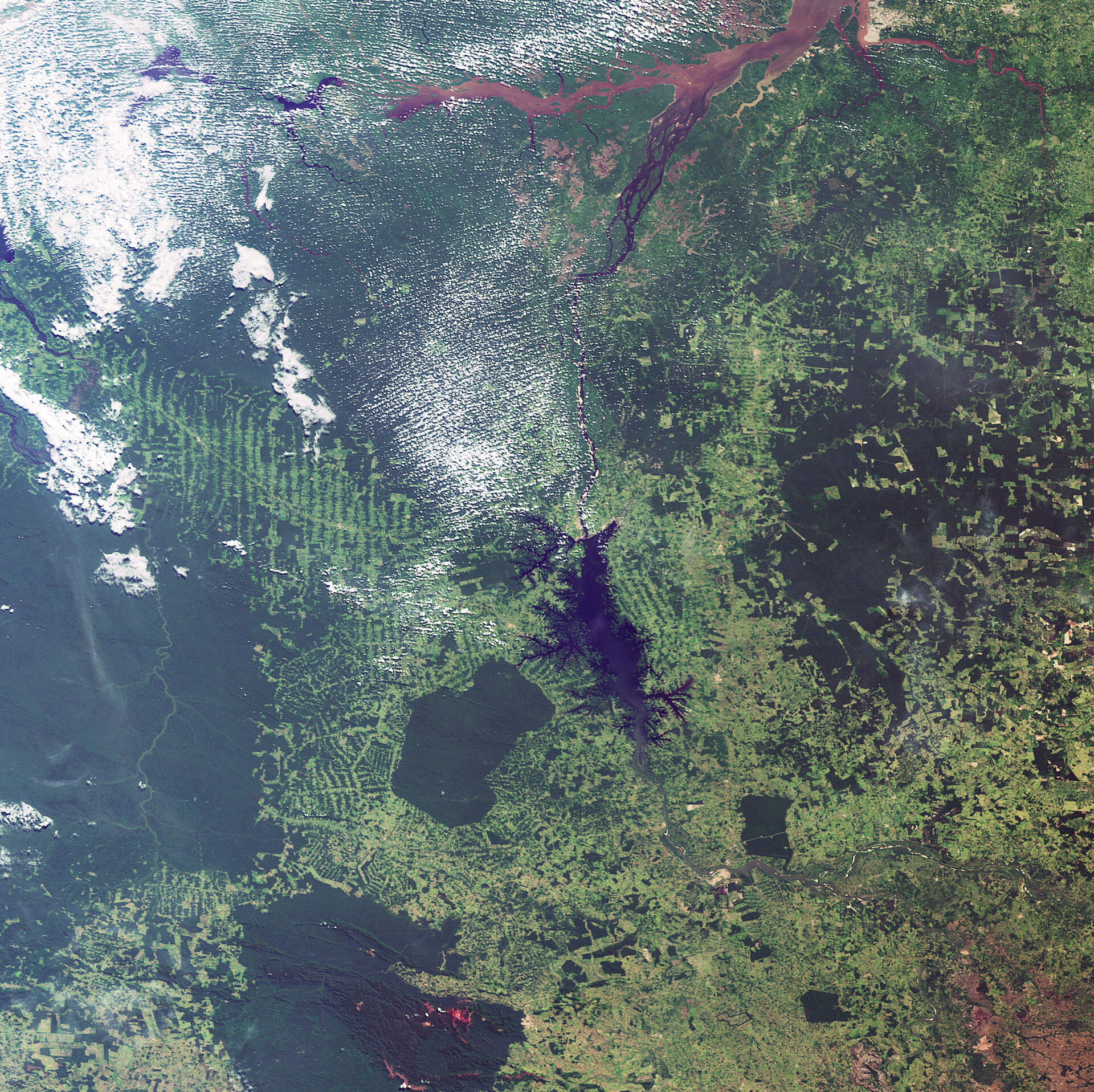 The eastern part of Brazil's Amazon Basin and rainforests, located in the state of Pará, is highlighted in this Envisat image.

The Amazon Basin is drained by the Amazon River, located to the east (not visible), and its tributaries. The brownish sediment-laden water visible flowing at the top of the image is the Pará River, the southern arm of the mouth of the Amazon.

Belem (barely visible to the right of the Pará in the upper left), the state capital of Pará, is located on the Pará River’s south bank.

Dark river waters visible flowing just under the Pará belong to the Tocantins River, which runs roughly 2500 km from south to north. The large dark area visible in the image centre is the reservoir that was formed by the Tucurui dam on the Tocantins River, flooding some 2430 km² of forestland.

This image clearly highlights the contrast between the rainforest (dark green areas) and sprawling land cultivation (the fishbone-like patterns). Light green colours indicate agricultural areas which where covered by rainforest before.

Rainforests worldwide are being destroyed at an alarming rate, a development of great concern because of the role they play in global climate and because they are home to nearly half of the world’s species of plants, animals and insects. Unlike other forests, rainforests do not grow back when they are destroyed and their soils are not suitable for long-term agricultural use.

All countries in the Amazon region are now looking into ways of exploiting its natural resources in a sustainable manner without destroying the rainforest any further. Environmentalists and Indians are working together to create markets for products such as nuts, fruits, oils and pigments.