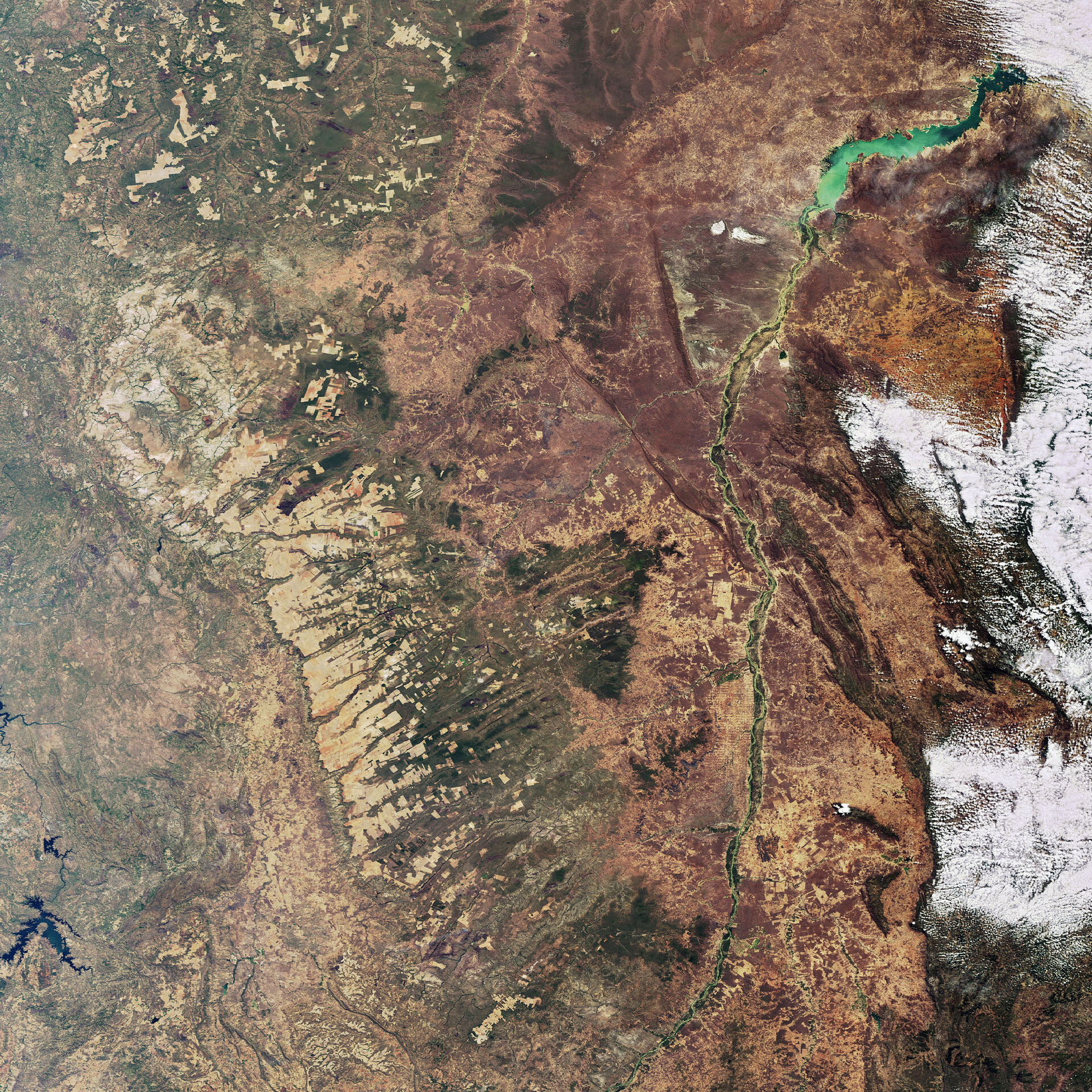 Rising some 730 m above sea level in the southwestern state of Minas Gerais, the river flows northerly across Minas Gerais and the state of Bahia. The river, which has 36 tributaries, then makes a sharp curve to the east and flows to the Atlantic Ocean, where it empties between the states of Alagoas and Sergipe.

The Sao Francisco is called the “river of national unity” because its basin crosses several Brazilian states. The São Francisco Basin is usually divided into four segments: the upper (southern), central, sub-central and lower.

This image was acquired by Envisat's Medium Resolution Imaging Spectrometer (MERIS) on 20 August 2007, working in Full Resolution mode to provide a spatial resolution of 300 metres.