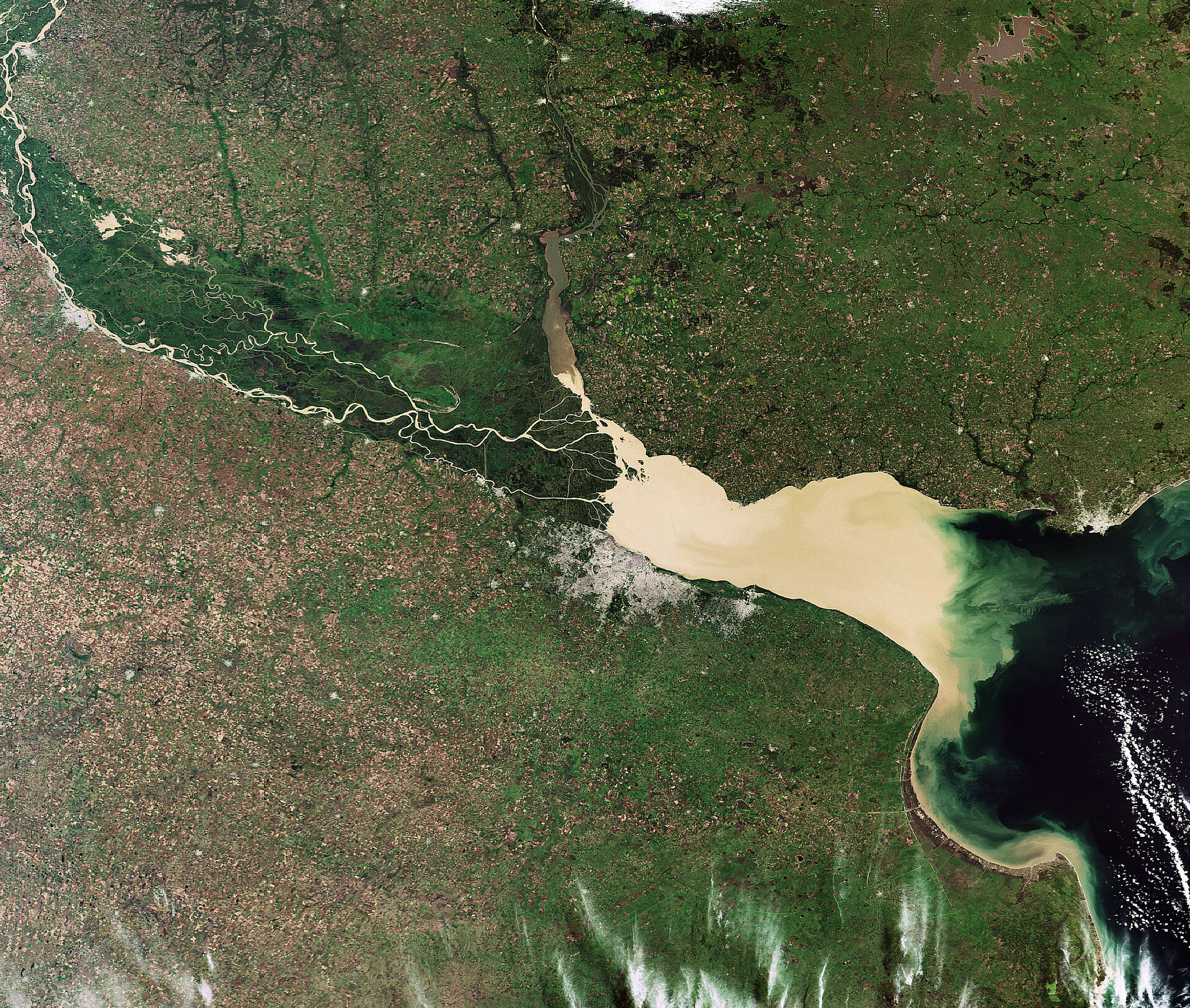 This Envisat image highlights Buenos Aires, the coastal capital of Argentina. Situated on the shores of the wide sediment-heavy River Plate, Buenos Aires is home to 12 million people. The large conurbation is seen as a distinct grey area on the southern bank of the River Plate, with the smaller purpose-built provincial capital of La Plata just to its east.

The Uruguayan capital of Montevideo is another smaller grey mass on the north side, on the mouth of the River Plate. The city has a population of 1.3 million, representing around half of the country's population.

The River Plate or Rio de la Plata means 'Silver River', a name referring to supposed inland treasures rather than its murky colour. Some 57 million cubic metres of sediments are transported annually from upstream into the River Plate. Distinctive swirls are formed as this silty river water mixes with clearer ocean water.

At the point where the rivers meet the River Plate is 48-km wide, extending to 219 km where it opens into the Atlantic Ocean. The River Plate has a length of 290 km.

This image was acquired on 5 April 2009 by Envisat's Medium Resolution Imaging Spectrometer (MERIS), working in full resolution mode with a spatial resolution of 300 m.