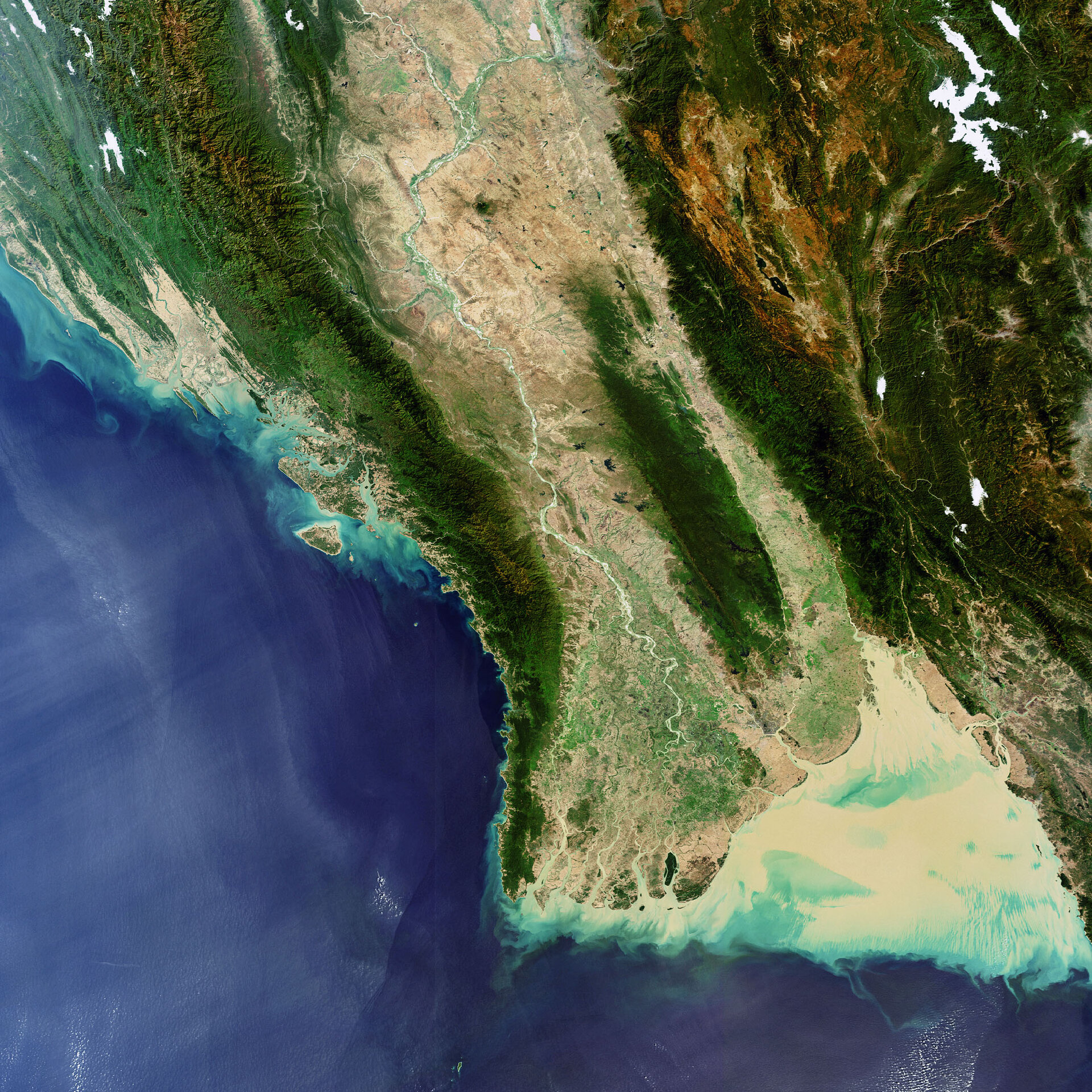 This Envisat image highlights Burma/Myanmar (officially the Union of Myanmar). With a total area of 678 500 sq km, Burma is the largest country in mainland Southeast Asia.

Burma is bordered by the Andaman Sea (visible in the lower right hand corner), the Bay of Bengal (visible to the left of the landmass), China to the north, Thailand to the southeast, Bangladesh to the west, India to the northwest and Laos to the east.

The country – roughly the size of France and Belgium combined – enjoys an uninterrupted 1930-km coastline and numerous mountain ranges, namely the Rakhine Yoma, the Bago Yoma and the Shan Plateau, all of which run north-to-south from the Himalayas.

Burma’s three river systems include the Ayeyarwady, Thanlwin, which rises in Tibet, and the Sittang. With a length of 2170 km, the Ayeyarwady River (formerly the Irrawaddy River) is the country's largest. The river bisects the country from north (seen originating in the top centre of the image as light green) to south (where it appears white). The Irrawaddy dolphin derives its name from the river.

This image was acquired by Envisat's Medium Resolution Imaging Spectrometer (MERIS) instrument on 14 January 2008, working in Full Resolution mode to provide a spatial resolution of 300 metres.