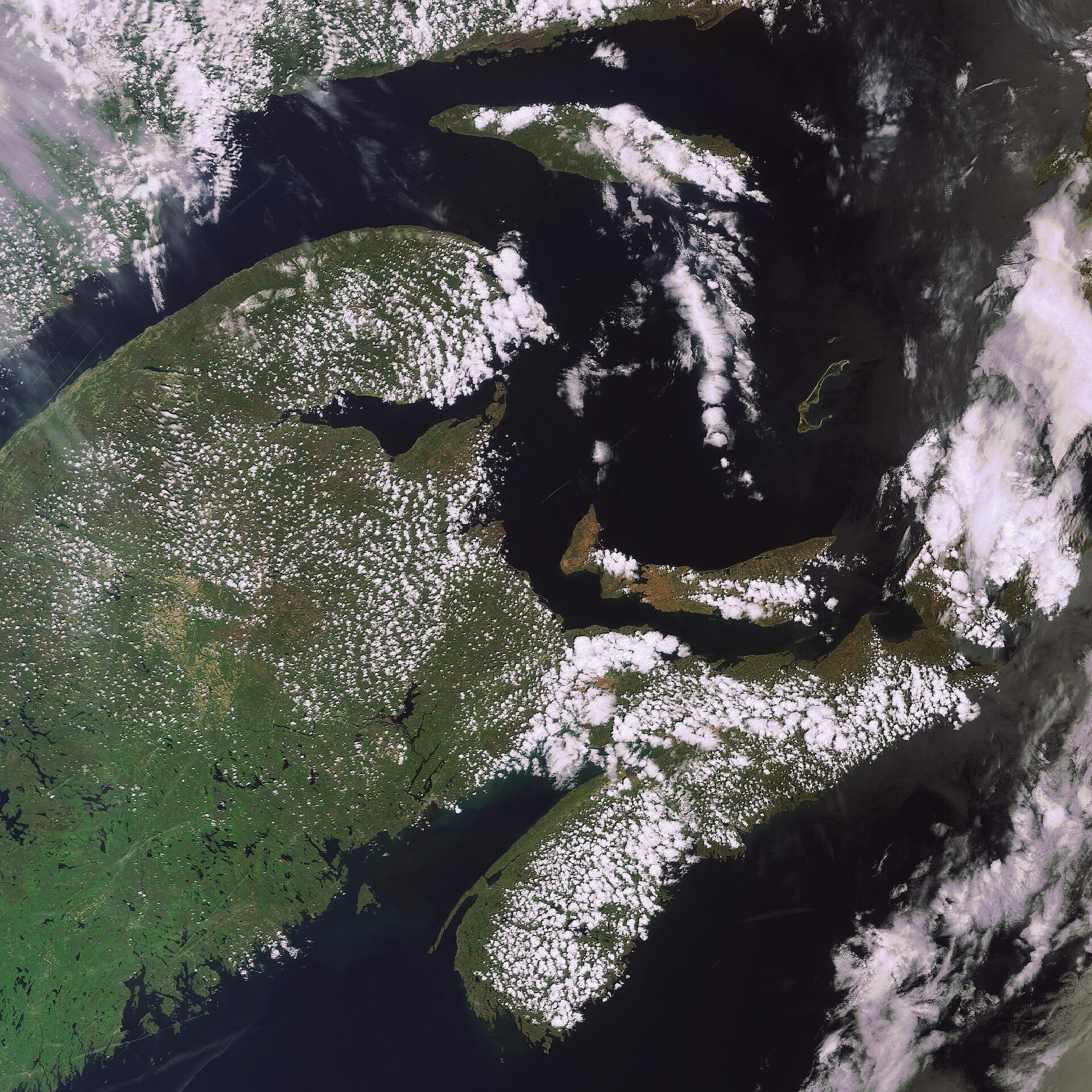 With an area of approximately 73 440 sq km, New Brunswick is the largest of the provinces. New Brunswick differs from the other provinces because it is not wholly or nearly surround by water, making it sheltered from the Atlantic Ocean proper.

With an area of 55 284 sq km, Nova Scotia (the elongated body of land in bottom right) is Canada’s second smallest province. The main peninsula is 550-km long and has 7500 km of coastline. Prince Edward Island (visible to the east of New Brunswick) is the smallest of the provinces.

The Gulf of St. Lawrence (visible above Prince Edward Island) is the outlet of North America's Great Lakes via the Saint Lawrence River into the Atlantic Ocean.

This image was acquired by Envisat's Medium Resolution Imaging Spectrometer (MERIS) instrument on 25 May 2008, working in Full Resolution mode to provide a spatial resolution of 300 metres.