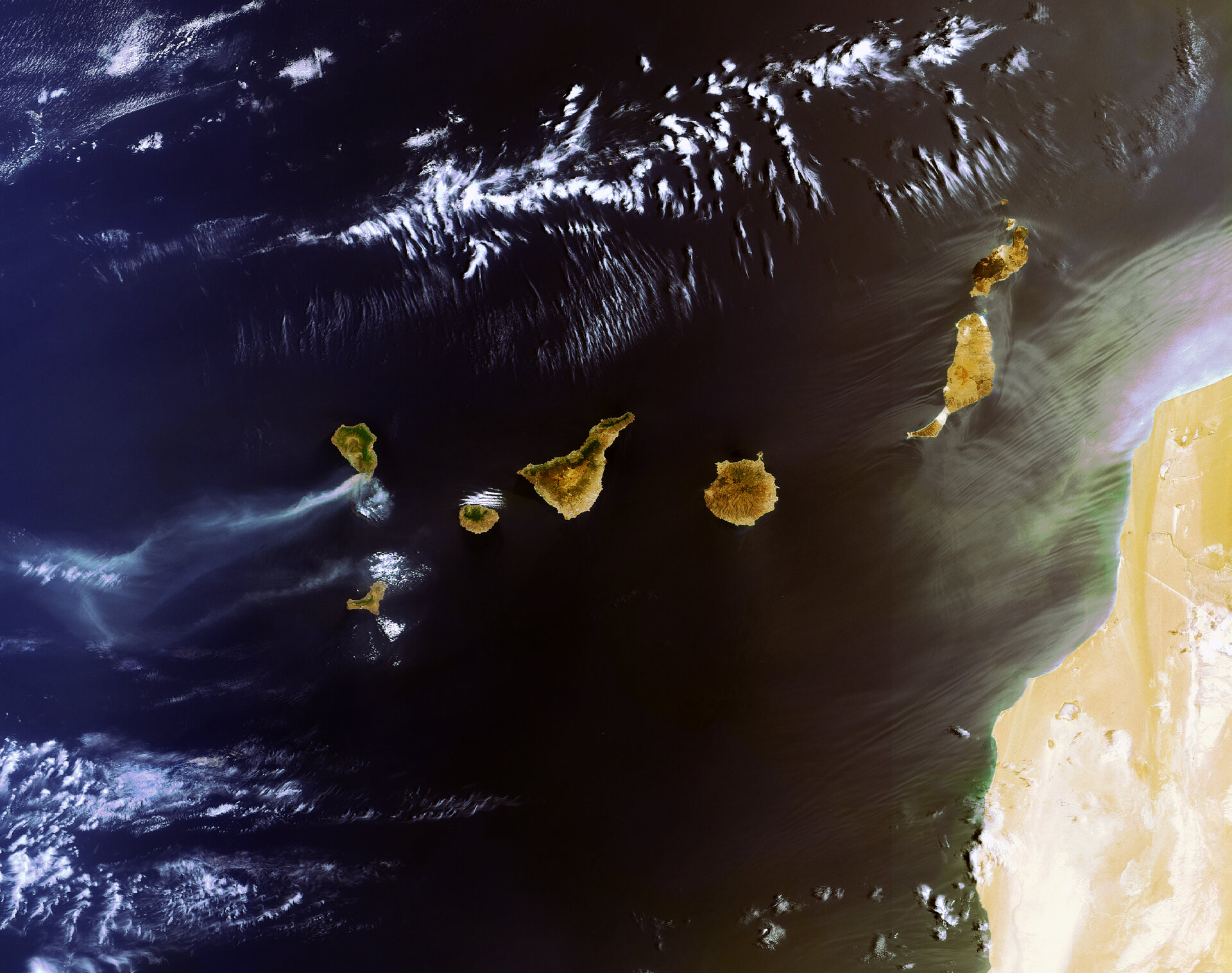 This Envisat image captures a large plume of smoke rising from two forest fires that burned out of control earlier this week on the southern tip of the Spanish Canary Island of La Palma (top left).

The fires, which destroyed some 3000 ha and burned some 50 houses, broke out last Friday 31 July, forcing around 4000 people to be removed from their homes while more than 600 firefighters across Spain fought to control the blazes.

By Monday of this week, one of the fires had been contained with the help of cooler temperatures, lighter winds and some rainfall. By Tuesday, the second of the two fires had also been brought under control.

Seven larger islands and a few smaller ones make up the Canary Island archipelago, located some 95 km from the northwest coast of Africa (bottom right) in the Atlantic Ocean. The larger islands are (visible left to right): La Palma, El Hierro, La Gomera, Tenerife, Gran Canaria, Fuerteventura and Lanzarote.

Tenerife is the largest of the Canaries, while Gran Canaria is the most populated. The entire island of La Palma was declared a Biosphere Reserve by UNESCO in 1983.

The Roque de Los Muchachos Observatory, home to one of the world’s most extensive fleet of telescopes, is located on La Palma. The observatory, perched atop a 2400-m high peak, is considered to be the northern hemisphere’s second best location for astronomy, after Hawaii’s Mauna Kea Observatory, due to its unusually clear skies.

One of the world's largest and most powerful telescopes – the Great Canary Telescope – was inaugurated there last month. Featuring a 10.4-m reflecting mirror (made up of 36 smaller mirrors), the telescope is able to capture the birth of new stars, study black hole characteristics and cipher chemical components generated by the Big Bang.