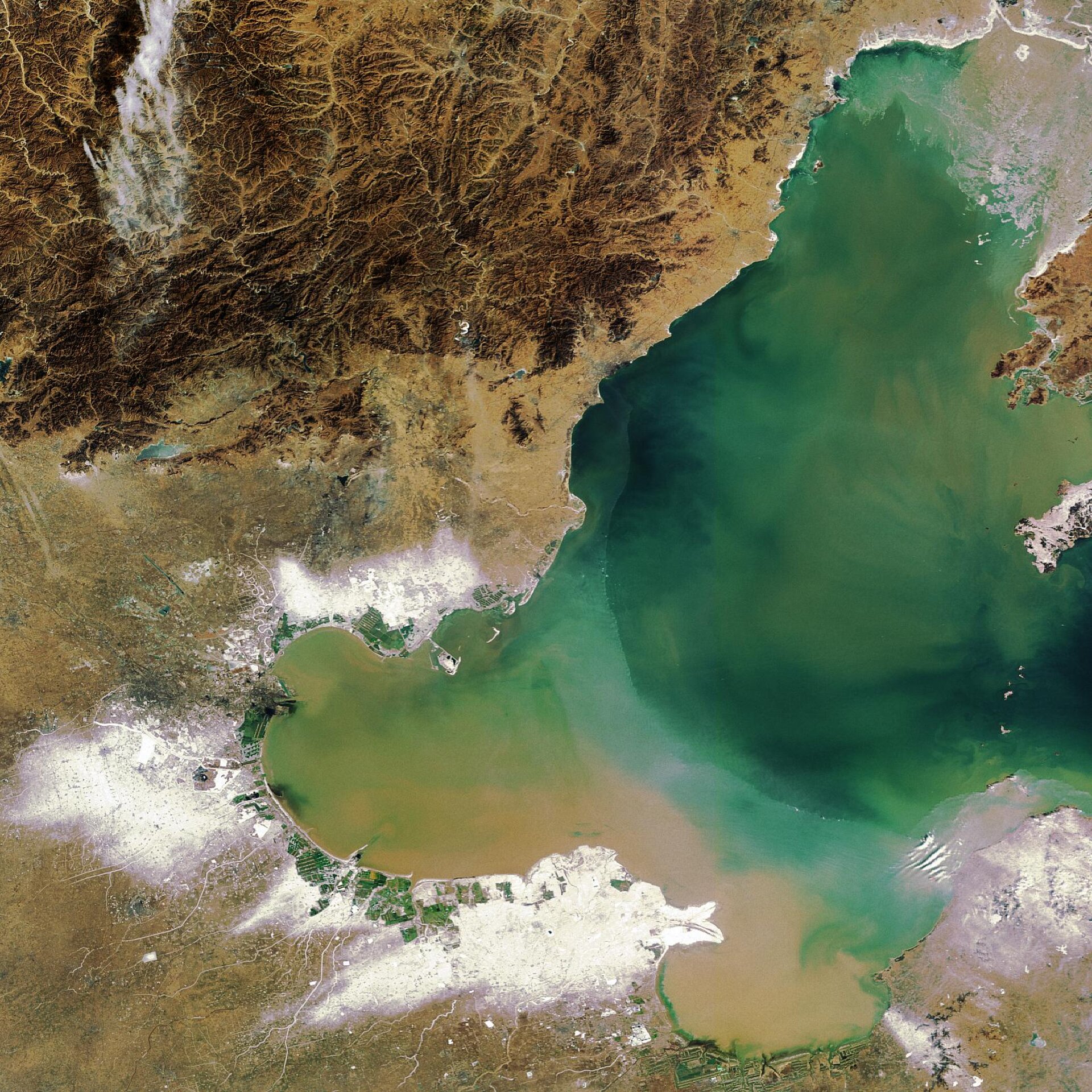 This Envisat image shows parts of the Hebei Province, the Tianjin Municipality and the Bohai Bay of the People’s Republic of China.

Tianjin, China’s third largest city, and Beijing, China’s capital city, are located in the centre of the Hebei Province, but they are not part of it. The province borders Liaoning to the northeast, Inner Mongolia to the north, Shanxi to the west, Henan to the south and Shandong to the southeast.

Tianjin, located west of Bohai Bay (120 kilometers southeast of Beijing), is a prosperous city of 10 million inhabitants, surrounded by fertile farmland. Located between Beijing, to the northwest, and the Yellow Sea, to the southeast, the Tianjin Municipality has played an important part in Chinese history.

The city of Tangshan, located in Hebei 200 km east of Beijing, is situated to the north of the northernmost tip of the Bohai Bay curve. In the early hours of 28 July 1976, the deadliest earthquake of the twentieth century hit the sleeping city of Tangshan. With a magnitude of 7.8, the earthquake killed over 240 000 people and injured some 600 000.

China has a history of natural disasters, such as floods, droughts and landslides. Earth-observing satellites are particularly useful for tackling and monitoring environmental phenomena in China, the third largest country in the world, because of the country’s sheer size – 9.6 million square kilometres – and various types of terrain.

ESA, China’s Ministry of Science and Technology (MOST) and the National Remote Sensing Centre of China (NRSCC) have jointly undertaken a wide-ranging research initiative called the Dragon Programme to encourage increased exploitation of ESA Earth observation (EO) satellite data within China as well as stimulate increased scientific co-operation in the field of EO science and technology between China and Europe.

There are currently 16 Dragon projects including agricultural and forest monitoring, water resource assessment, atmospheric chemistry, terrain measurement, the ocean environment and climate change, among others.

This image was acquired on 28 January 2007 by Envisat’s Medium Resolution Imaging Spectrometer (MERIS) instrument while working in Full Resolution mode.