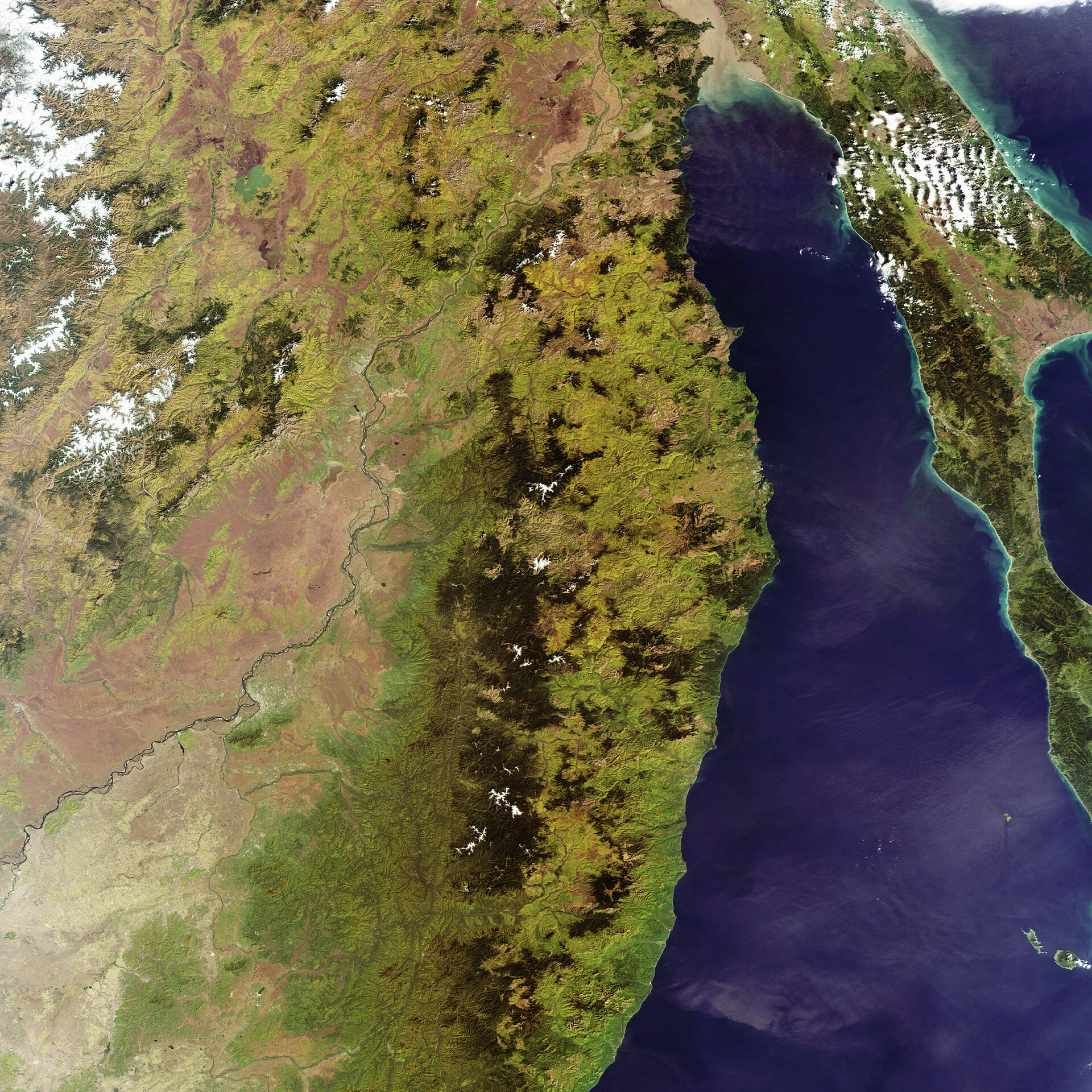 This Envisat image features the southeastern part of the Russian Federation, the northeastern tip of the People’s Republic of China, the Amur and Ussuri Rivers, the Sikhote-Alin Mountain Range, the Sea of Japan and Sakhalin Island.

Russia’s Amur Region (visible image top) has an area of 364000 sq km and is located between the Stanovoi Mountain Range in the north (not visible) and the Amur River (visible flowing from bottom left to top centre) in the south.

The Amur proper is 2874 km long. Joining the Amur in the lower left corner of the image at the city of Khabarovsk is the Ussuri River (approximately 900 km in length), which rises in the Sikhote-Alin Mountain Range.

Stretching down the image centre is the Sikhote-Alin range, which fronts the Tatar Strait in the north (not visible) and the Sea of Japan (visible) for 1200 km northeast to southwest. These lushly forested mountains are home to the largest cat on Earth - the endangered Siberian tiger.

The Sea of Japan (East Sea) is an enclosed arm of the Pacific Ocean that has a mean depth of 1752 m and a maximum depth of 3742 m, with the northern and southern portions being more shallow and important fishing areas.

The Sakhalin Island (the large elongated island stretching down the right side of the image) is roughly 948 km long and 160 km wide and covers some 76 400 sq km. The Western and Eastern Sakhalin Mountain Ranges run down the island side by side from north to south, separated by the Tym-Poronaiskaya Valley.

This image was acquired by Envisat's Medium Resolution Imaging Spectrometer (MERIS) instrument on 02 October 2007, working in Full Resolution mode to provide a spatial resolution of 300 metres.