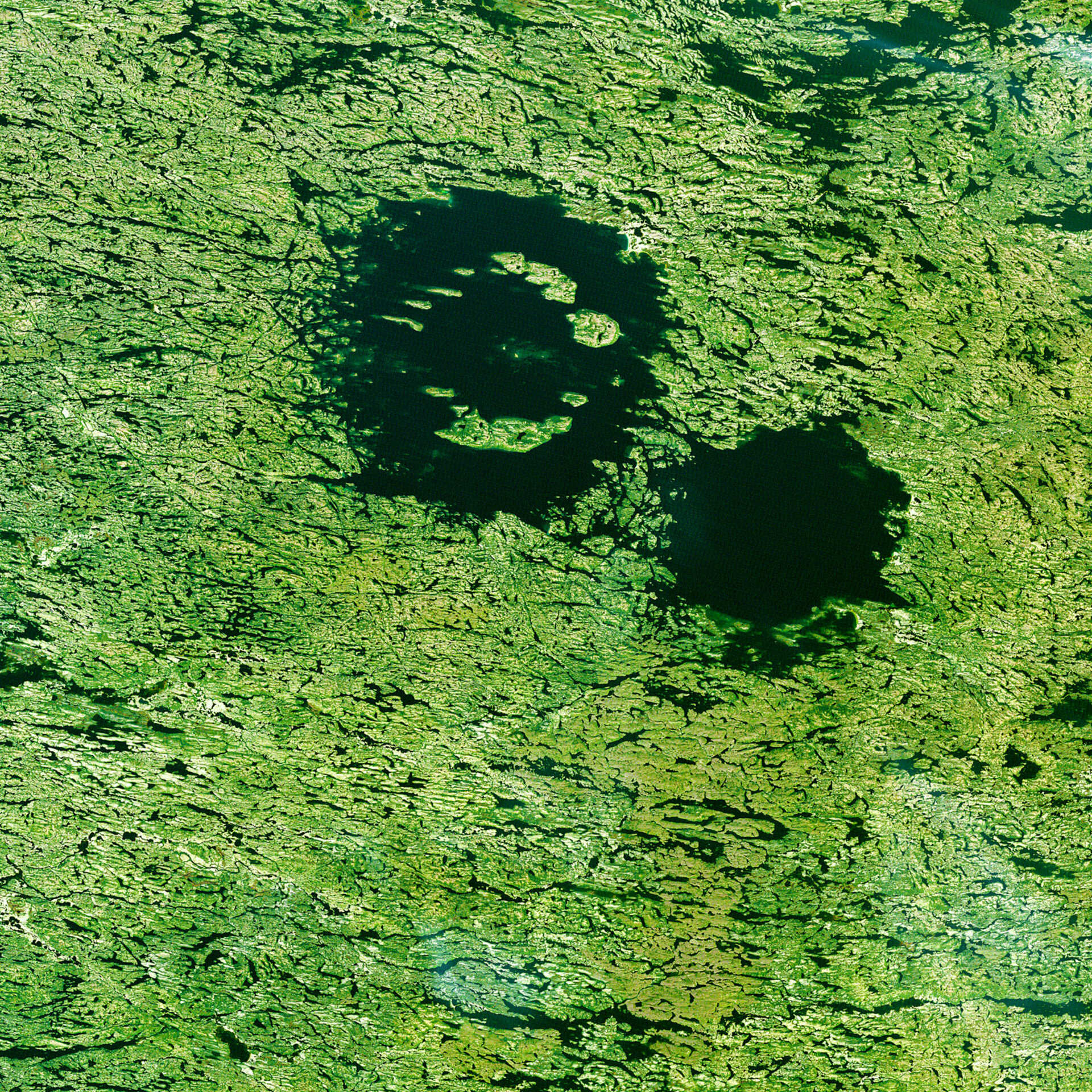 This Landsat image from 9 September 2010 features the Clearwater Lakes in Canada’s Quebec province.

Located to the east of the Hudson Bay, what appears to be two separate lakes is actually a single body of water that fills two depressions. The depressions were created by two meteorite impacts, believed to have hit Earth simultaneously up to 290 million years ago.

The name 'Clearwater Lakes' comes from the clarity of its water.

The surrounding terrain is dotted with smaller lakes and rivers. The topography of this area, known as the Canadian Shield, was shaped by the huge ice sheets and glaciers from the last ice ages covering the area up to 15 000 years ago.

The Thematic Mapper on Landsat-5 is jointly managed by NASA and the US Geological Survey. ESA supports the Landsat series as a Third Party Mission, meaning it uses its ground infrastructure and expertise to acquire, process and distribute Landsat data to users.