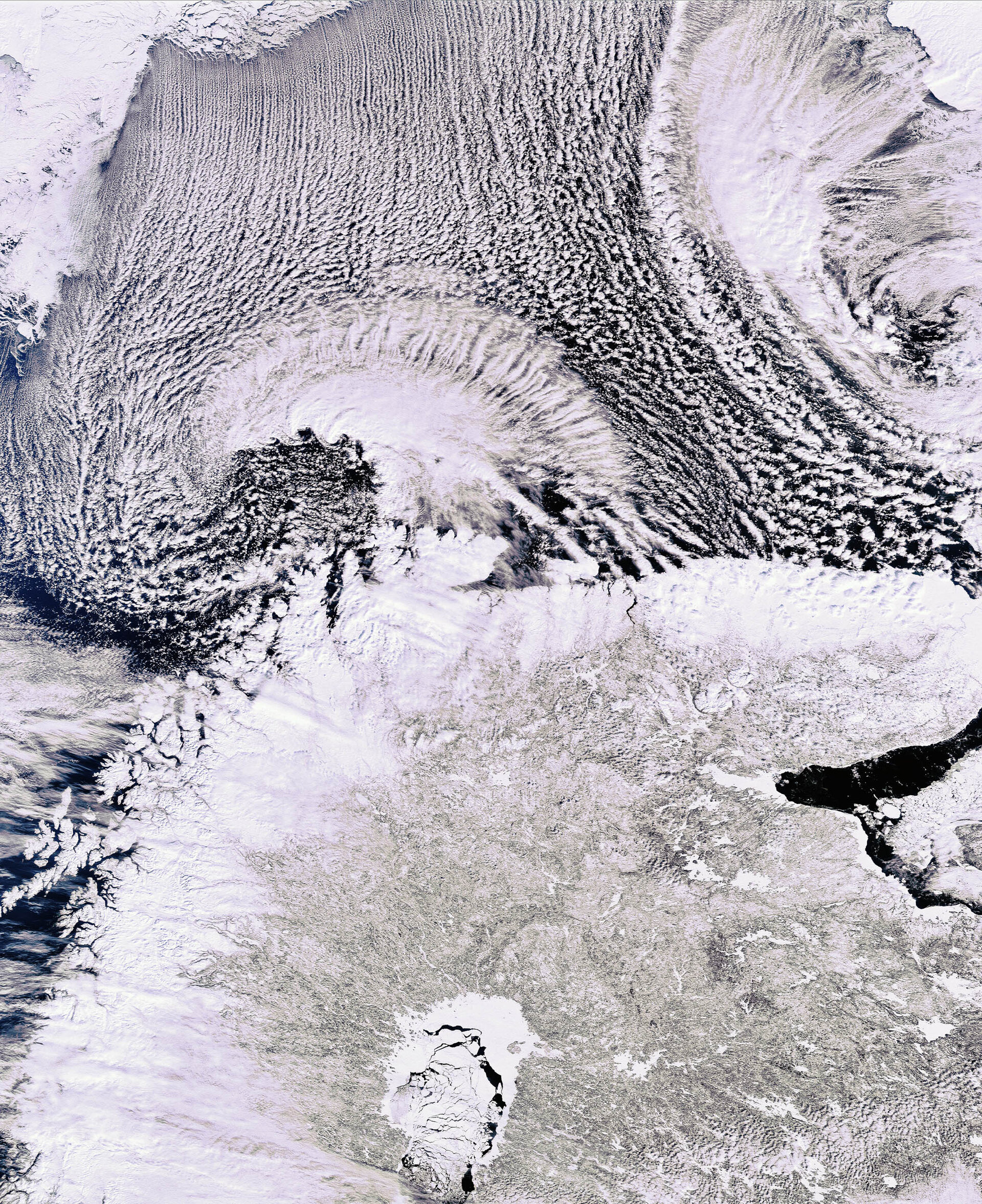 This Envisat image captures cloud streets – parallel rows of clouds that align with the wind – and the northern part of the Scandinavian Peninsula, the largest peninsula in Europe.

The peninsula, 1850 km long and from 370 km to 805 km wide, is shared by Norway (left and top), Sweden (left of the Gulf of Bothnia seen at bottom centre) and Finland (right of the gulf). The Russian Federation is visible along the right side of the image.

Located at the tip of northern Norway – Europe's northernmost country – is the North Cape, which is famed for being a good place to see northern lights, also known as the aurora borealis. The only land mass between the North Cape from the North Pole is Svalbard (upper left corner).

Svalbard is an archipelago in the Arctic Ocean north of mainland Europe. It is home to one of ESA’s ground stations, which provides routine operations support to Envisat and ERS-2, as well as backup support for other missions.

The Barents Sea, a rather deep shelf sea with an average depth around 230 m, is seen peeping through heavy cloud coverage across the top.

Cloud streets (upper right corner) have formed over the Barents Sea due to the mixture of heat, moisture and wind. In this image, cold, dry air masses over the ice are flowing from the north to the south.

The clouds, commonly found at the border between ice and sea, get their stretched shape through processes related to the high wind speeds at the edge of the ice.

Ice cover over the Gulf of Bothnia, the northern arm of the Baltic Sea, is visible (bottom centre) breaking into huge blocks. The gulf has a very low level of salinity, which results in it being ice-covered for up to five months in the winter.

This image was acquired by Envisat's Medium Resolution Imaging Spectrometer (MERIS) instrument on 5 April 2009, working in Full Resolution mode to provide a spatial resolution of 300 m.