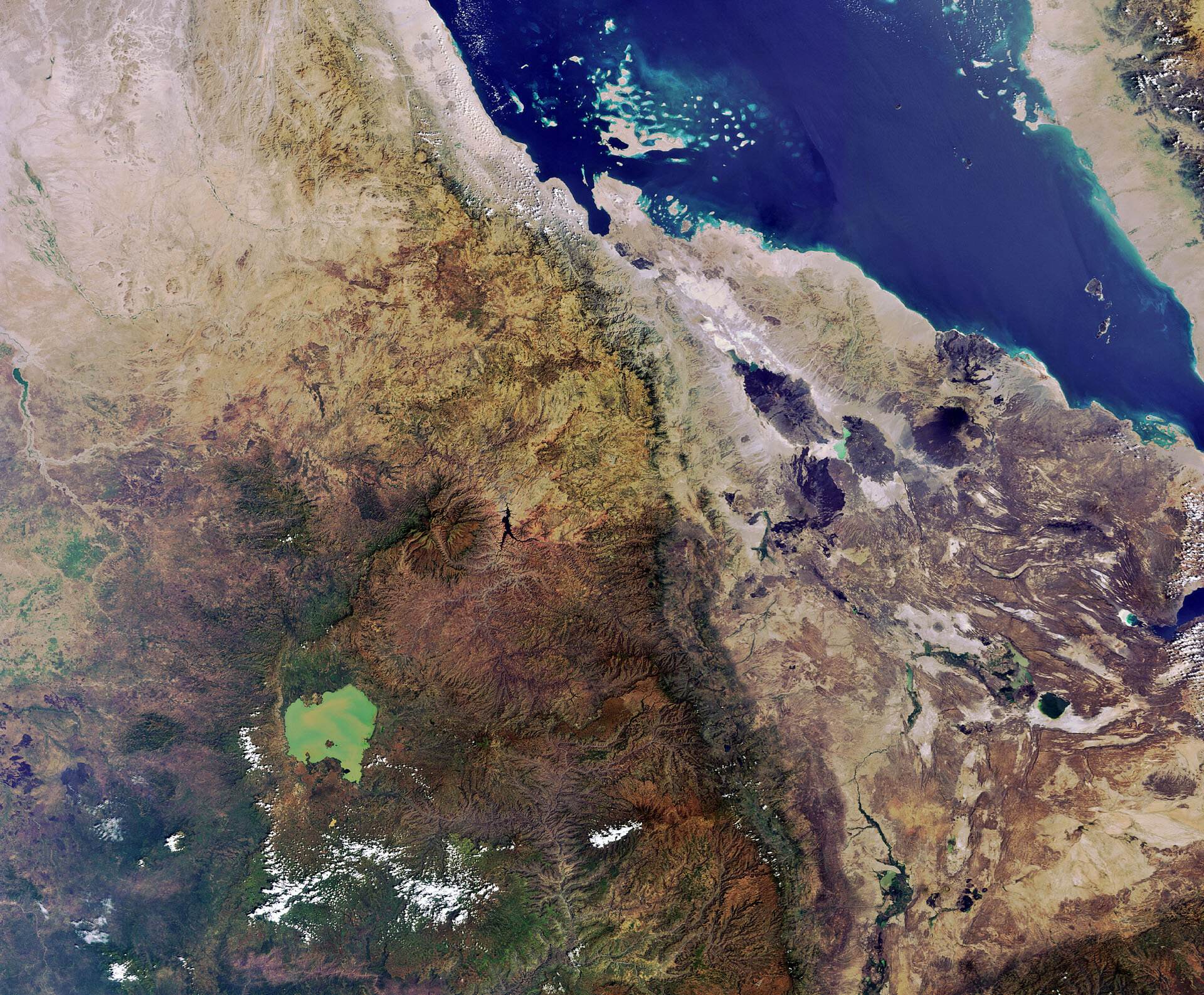 This Envisat image of the Horn of Africa shows parts of Ethiopia, Eritrea, Djibouti and, to the northeast across the Red Sea, a portion of Yemen’s west coast.

The region is widely considered to be where early Homo sapiens emerged some 400 000 years ago.

The lighter-coloured area to the east is known as the Afar Triangle and includes the Danakil Desert. Extremely hot and dry, the deepest point in this volcano-ridden depression lies 100 m below sea level.

Continuous volcanic activity produces hot springs and major minerals. Salt mining is the main industry in the desert, cut by hand and loaded onto camels for transport.

Further west we can see the somewhat heart-shaped Lake Tana. With a surface area of over 2000 sq km, the average depth is only 14 m owing to high levels of sediment.

Lake Tana is used for fishing, farming and transportation, and has a thriving tourist industry centred on the more than 30 islands, home to numerous Ethiopian Orthodox Church monasteries dating back more than five centuries.

This image was acquired on 13 November 2011 by the MERIS instrument on ESA’s Envisat satellite.