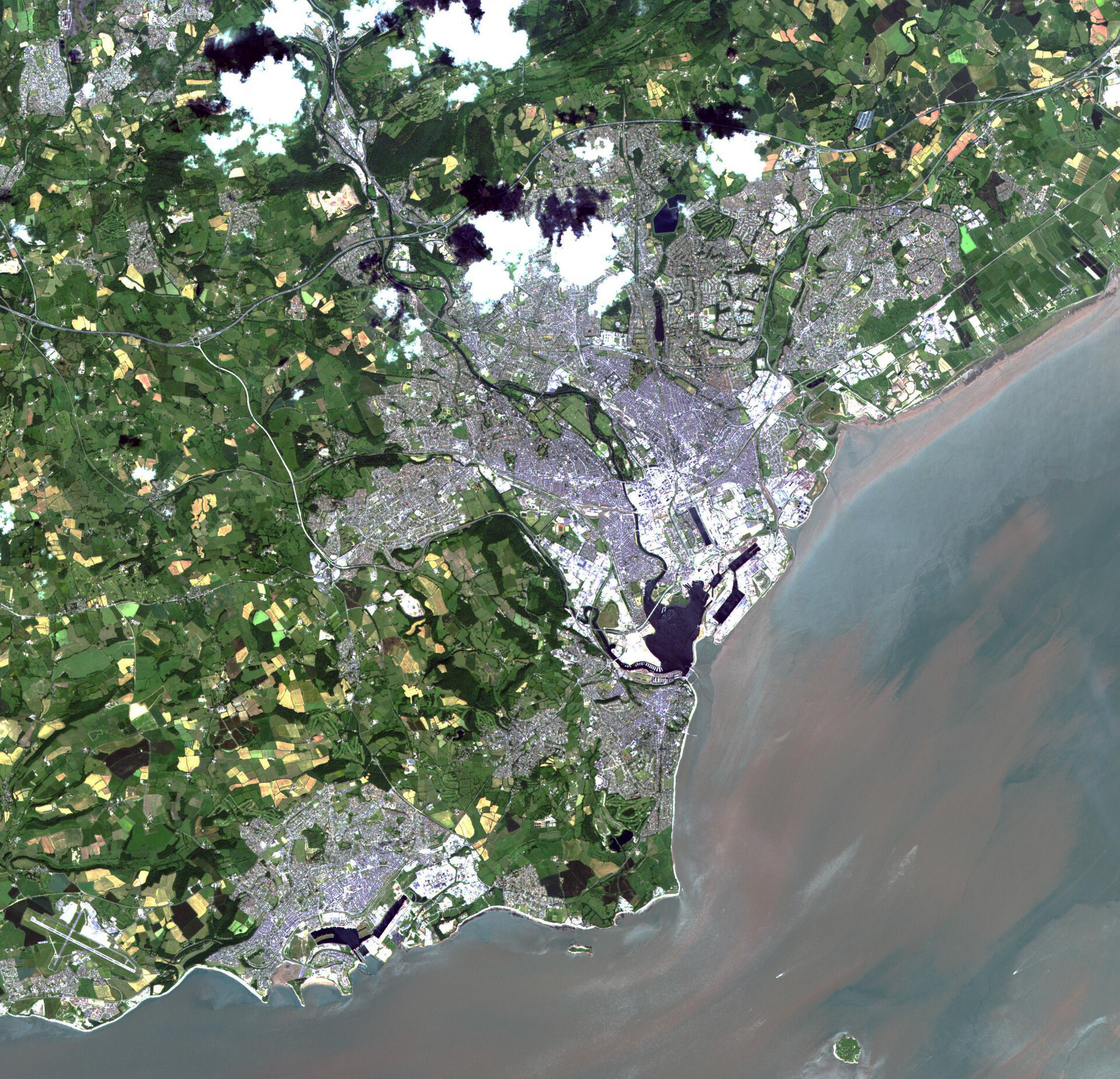 Cardiff, the capital city of Wales, is featured in this ALOS image. Recognised as the capital in 1955, Cardiff is Europe’s youngest capital city. Together Wales, England and Scotland form Great Britain – an island lying off the north-western coast of mainland Europe and to the east of Ireland. Of the British Isles, Great Britain is the largest and is also the largest island in Europe.

Wales, located on the southwest of Great Britain, is bordered by England to the east, the Bristol Channel to the south, St. George’s Channel to the west and the Irish Sea to the north. Its location made it appealing for many civilisations, and it endured invasions by the Romans, Celts, Vikings and Normans, among others.

The landscape of Wales is dominated by castles, many of which represent the city’s ancient past. For instance, the famous Cardiff Castle, located in the city centre, is believed to have its origins from AD 75 when the Romans constructed a 10-acre fort on the spot where the castle now stands. The remains of the fort are still visible beneath the castle. With the Norman invasion in the 11th Century, the Cardiff Castle was incorporated into a Norman fortress and has continued to change hands throughout history. More castles have been built in Wales after 1066 than anywhere else in the world.

ALOS captured this image over Cardiff on 15 June 2006 with its Advanced Visible and Near Infrared Radiometer type-2 (AVNIR-2) instrument, which is designed to chart land cover and vegetation in visible and near infrared spectral bands, with a resolution of 10 metres.

ALOS was delivered into a 700-kilometre polar orbit in January 2006 from the Tanegashima Space Center in Japan. Based on a cooperative agreement with the Japan Aerospace Exploration Agency (JAXA), ESA is supporting ALOS as a Third Party Mission, meaning ESA is using its ground systems and expertise to acquire, process and distribute data from the satellite to users.

In order to deliver this, ESA has set up a Commissioning Phase Ground segment for ALOS with Kiruna Esrange, operated by the Swedish Space Corporation (SSC) as the downlink station. Data from Kiruna is transferred electronically to ESRIN and is processed in a shared approach between ESRIN and the Neustrelitz Station, located in Germany, operated by the German Space Agency (DLR).

In addition to the AVNIR-2 instrument, ALOS also carries the Phased Array type L-band Synthetic Aperture Radar (PALSAR) instrument – a microwave radar instrument that can acquire observations during both day and night and through any weather conditions – and the Panchromatic Remote-sensing Instrument of Stereo Mapping (PRISM), which can observe selected areas in three dimensions, down to a high 2.5-metre spatial resolution.