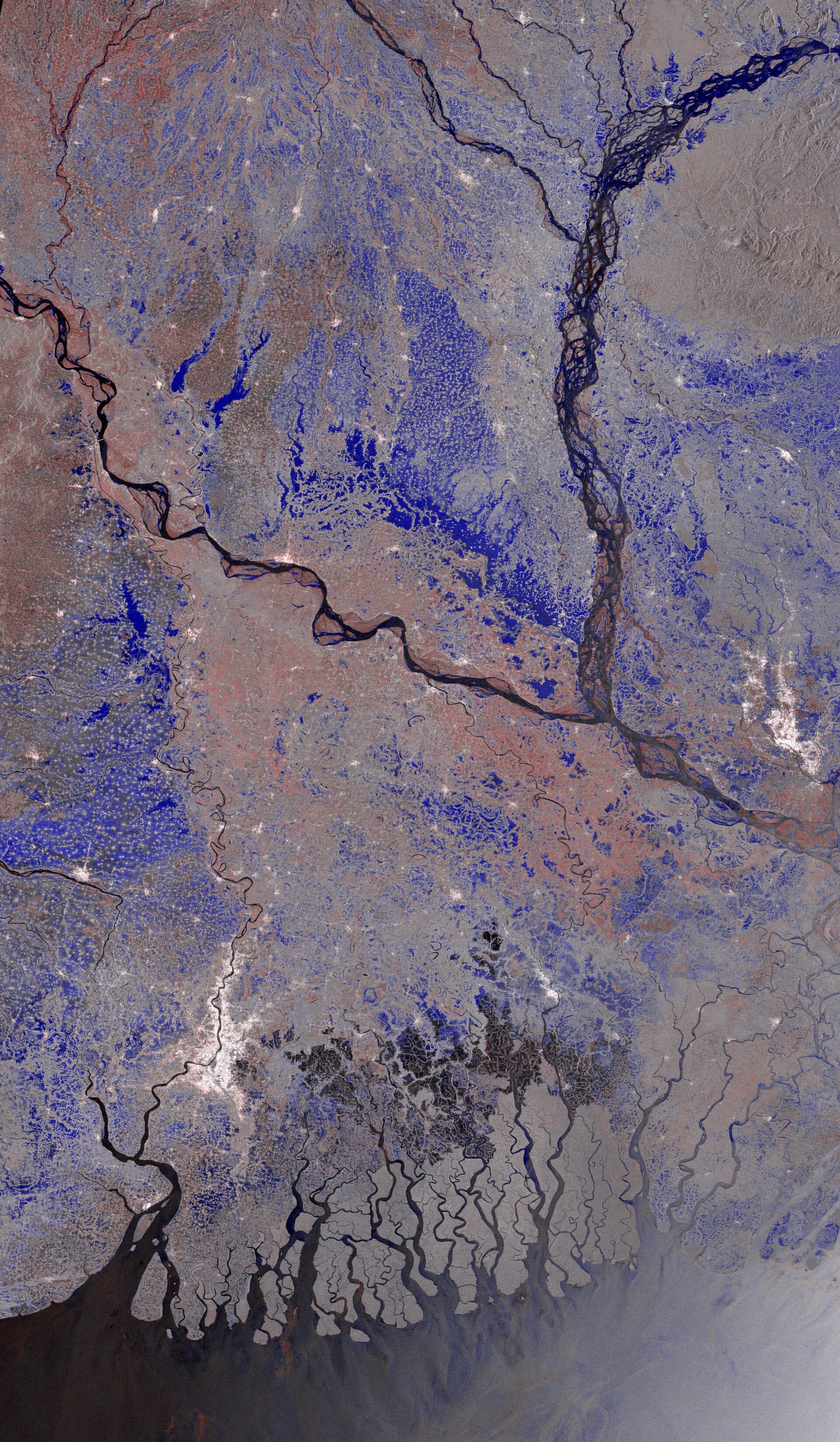 This Envisat radar image highlights the recent flooding in Bangladesh and parts of India brought on by two weeks of persistent rain.

A sequence of satellite images can show if the flood is growing or diminishing over time, and highlight further areas coming under threat of inundation. This actual image is a multitemporal ASAR image composed of two images: one acquired on 26 July 2007 and another on 12 April 2007.

ASAR, which is able to peer through clouds, rain or local darkness, records the signal backscattered by the Earth's land, sea and ice surfaces. The backscattering measure recorded by the sensor from water is very different from land and vegetation, making comparing before and after images very effective for locating flooded regions. In this image, areas in black and white denote no change, while areas outlined in blue are potentially flooded spots. Areas in red may also indicate flooding, but could also be related to agricultural practices.

One of the biggest problems during flooding emergencies is obtaining an overall view of the phenomenon, with a clear idea of the extent of the flooded area. Aerial observation is often very difficult due to prohibitive weather conditions and, if the phenomenon is widespread, would be very time-consuming and expensive.

With inundated areas typically visible from space, Earth Observation (EO) is increasingly being used for flood response and mitigation. In October 2000, ESA and the French space agency (CNES) initiated the International Charter on 'Space and Major Disasters', a joint initiative for providing emergency response satellite data free of charge to those affected by disasters anywhere in the world. On 6 August, the Indian Space Research Organisation (ISRO) requested the aid of the Charter for the states of Uttar Pradesh and Bihar (located to the northwest of this image).