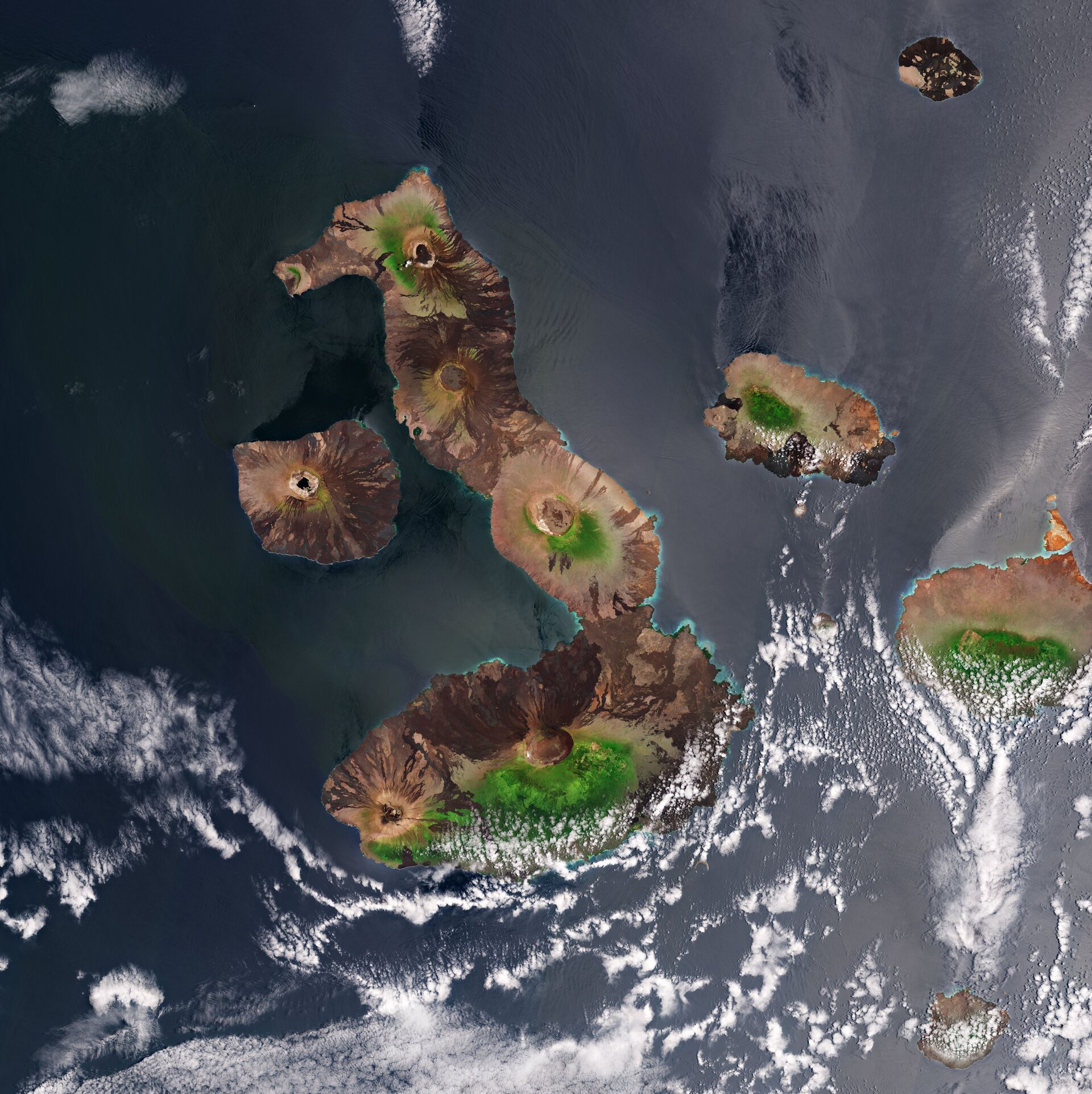 The Copernicus Sentinel-2 mission takes us over the Galápagos Islands – a volcanic archipelago situated some 1000 km west of Ecuador in the Pacific Ocean.

Click on the image to explore it in its full 10 m resolution and learn about the features in this stunning landscape.

The archipelago consists of 13 major islands and a handful of smaller islands and islets scattered across approximately 60 000 sq km of ocean. Repeated volcanic eruptions and ongoing seismic activity have helped form the rugged mountain landscape of the islands. In this image, captured on 23 September 2020, several circular volcanic cones can be seen atop the islands.

The largest island of the archipelago, Isabela (Albemarle), is visible in the centre. Around 132 km in length, the island’s seahorse shape is the result of the merging of multiple large volcanoes into a single land mass. The five volcanoes seen on the island are (from north to south): Wolf Volcano, Darwin Volcano, Alcedo Volcano, Sierra Negra Volcano and Cerro Azul Volcano. Two of the island’s volcanoes, Ecuador and Wolf, lie directly on the equator.

At the southern end of the island, hills covered with forests can be seen in bright green, separating the Sierra Negra, the most active of the Galapagos volcanoes, from the sandy coastline (partially visible here owing to cloud cover). Tortuga Island, named for its distinct shape, can be seen southeast from Isabela. The tiny island is actually a collapsed volcano that is a nesting location for a variety of seabirds.

The second largest island of the archipelago, Santa Cruz, can be seen to the right of Isabela. Its capital, Puerto Ayora (not visible), is the most populated urban centre in the islands.

The Galápagos Islands are best known for their diverse array of plant and animal species, many of which are endemic meaning they are not found anywhere else in the world. These include the giant Galapagos tortoise, the marine iguana, the flightless cormorant and the Galapagos penguin – the only species of penguin that lives north of the equator.

These species were observed by Charles Darwin during the voyage of the HMS Beagle in 1835 and inspired his theory of evolution by natural selection. To preserve the unique wildlife on the islands, the Ecuadorian government made the entire archipelago a national park in 1959. 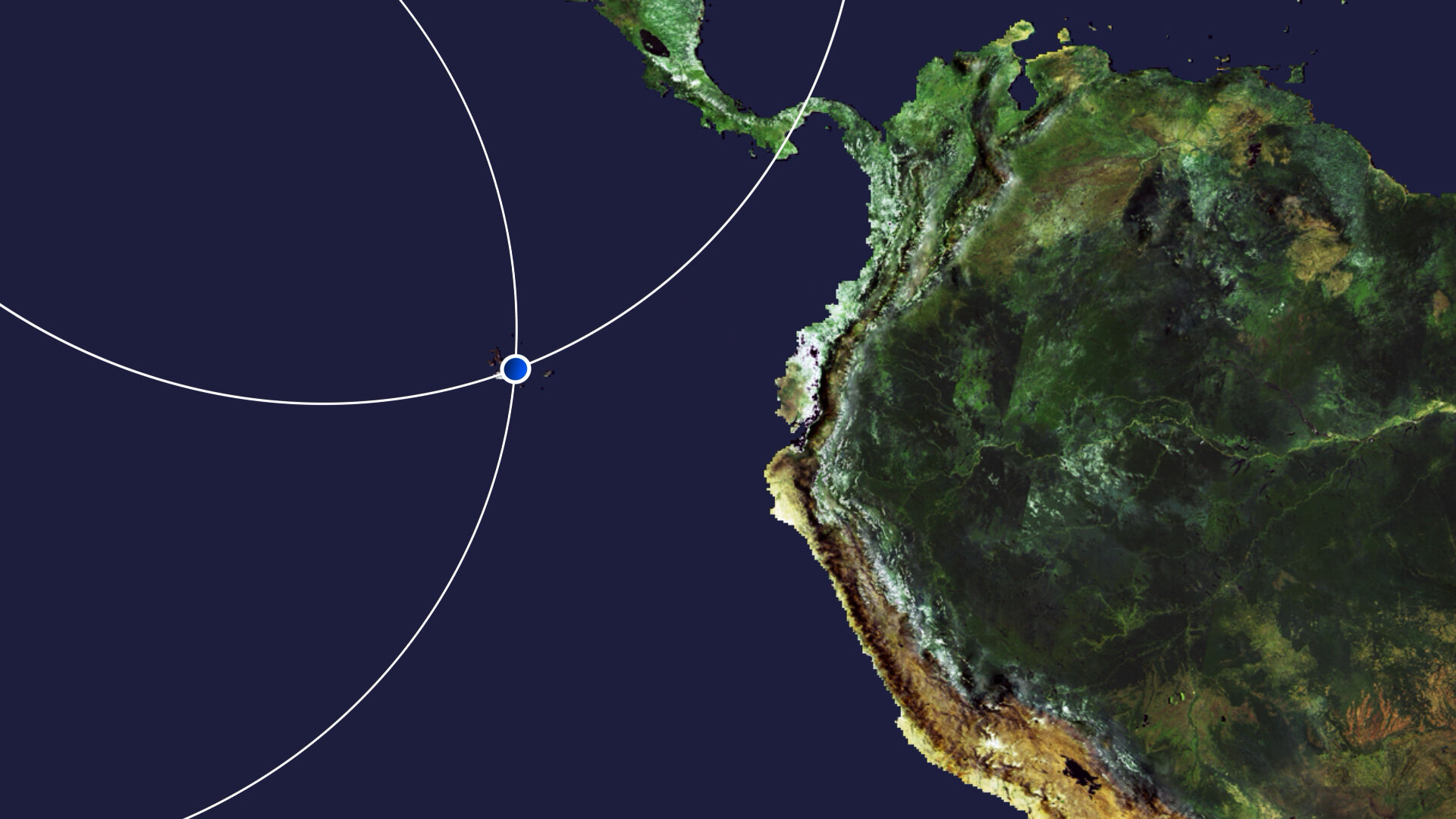