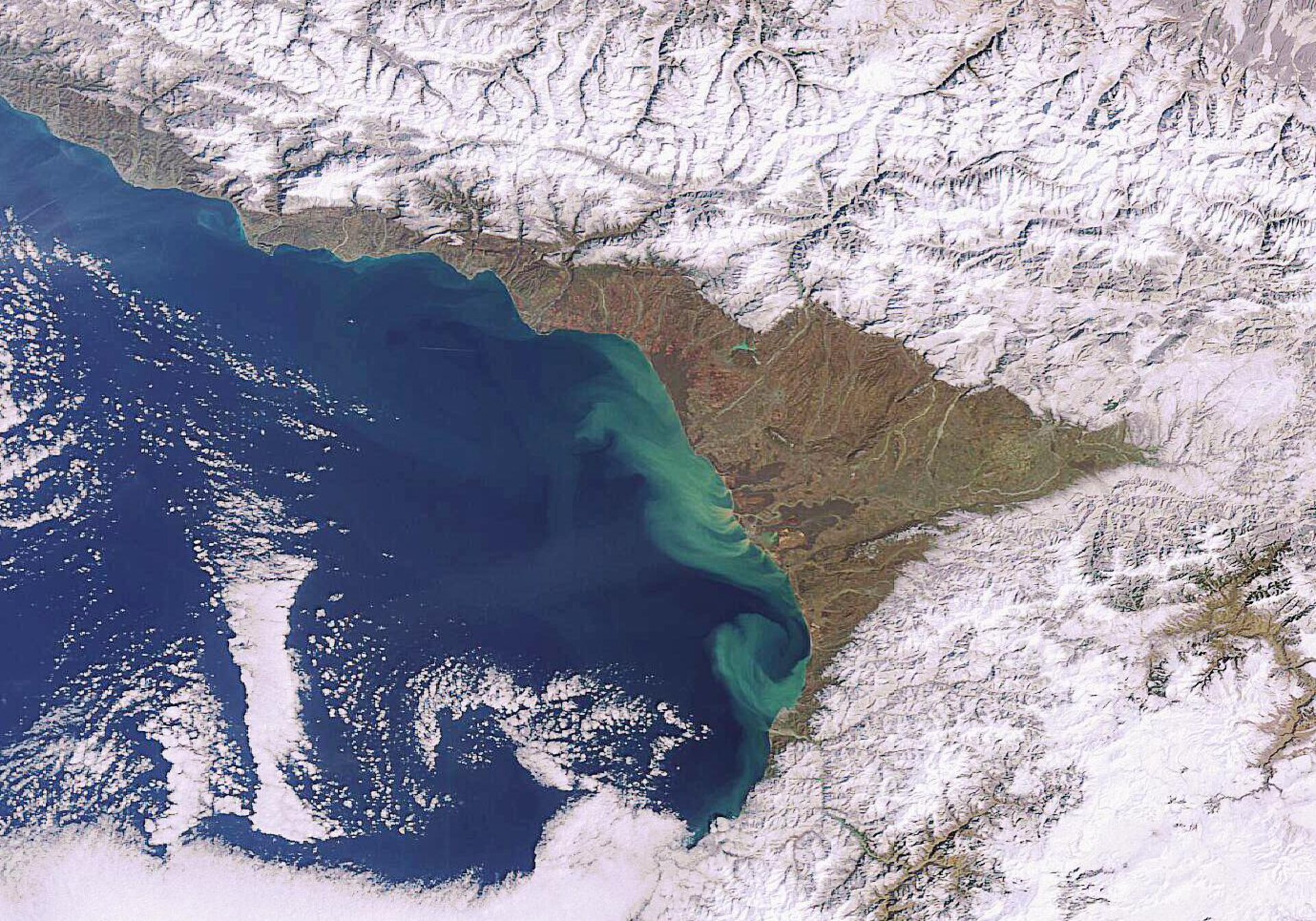 The diverse terrain of the country of Georgia is highlighted in this Envisat image. This Eurasian country, located on the east coast of the Black Sea, is bounded by Russia to the north, Turkey and Armenia to the south and Azerbaijan to the east.

As visible in the image, mountain ranges dominate the country’s landscape with some 85 percent of the total land area constituted by them. The majority of the border with Russia is formed by the Greater Caucasus Mountains, which is home to Georgia’s highest peak, Mount Shkhara (5200m).

The Lesser Caucasus Mountains are located in the southern part of the country, extending into Armenia. Both of these mountain ranges, which are linked by the centrally located Surami mountain range, are covered by snow in the image.

The port city of Poti, located near the visible turquoise water inlet on the bank of the Black Sea, serves as one of the three Georgian ports of the sea. The Rioni River, one of the country’s two largest rivers, enters the Black Sea just to the north of Poti (tan sediment can be seen dispersing into the sea). Kura, the other largest river, originates in Turkey and flows eastward through Azerbaijan before emptying into the Caspian Sea.

To the east of Poti is the Kolkheti National Park, a wetland forest area west of the Black Sea coast and south of the mouth of the Rioni river. Wetlands in Central Kolkheti have been designated as Wetlands of International Importance by the Ramsar Convention.

The Black Sea, bordered by Romania, Bulgaria, Turkey, Russia and Ukraine in addition to Georgia, is almost cut off completely from the rest of the world’s other oceans, yet it reaches depths of over 2000 metres. The straits of Bosphorus, Dardanelle and Gibraltar connect the Black Sea to the oceans via the Mediterranean Sea.

The Black Sea is unique because it has two layers – an oxygenated upper layer that is teeming with life and a lower layer that is considered ‘dead’. With no oxygen below 200 m, it is the largest natural anoxic basin in the world.