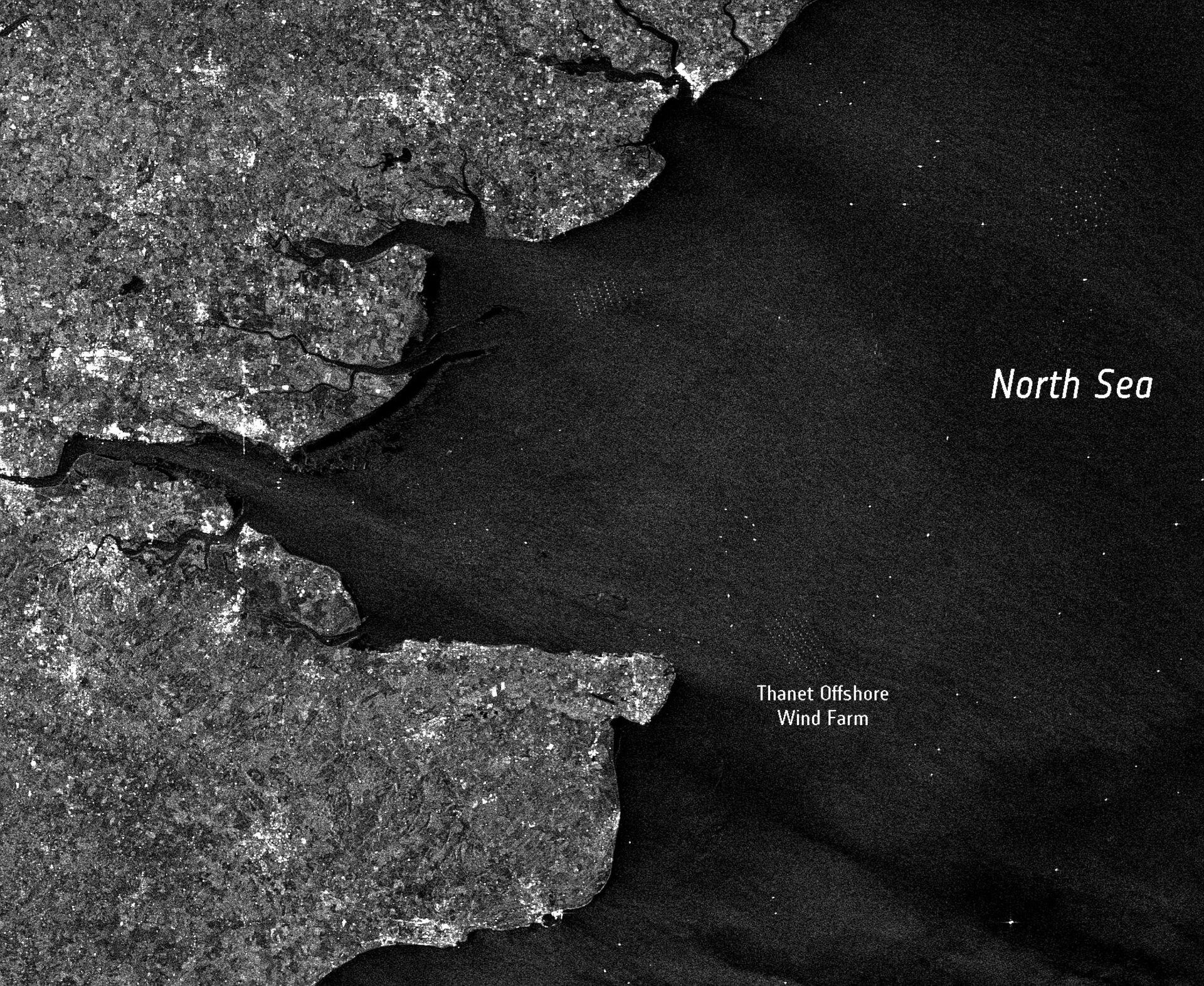 The wind farm is made up of 100 turbines that generate 300 megawatts (MW) of renewable electricity – enough to power more than 200 000 homes.

Some 12 km off the most eastern part of Kent, the farm covers an area of 35 sq km. The distance between turbines, each 115 m tall, is approximately 500 m along rows and 800 m between rows.

There are about 250 wind farms operating in the UK, with a further 12 offshore farms, and plans are under way to install another 10 000 turbines. The farms are part of a plan to cut greenhouse gas emissions from coal, oil and gas-fired power stations and help Europe meet its climate change targets.

Offshore wind farms have started to contribute important supplies of renewable energy. However, to be viable they have to generate at least 200 MW, and building on that scale costs at least €300 million.

Quantifying the amount of energy that can be expected from a prospective offshore wind farm site is vitally important for increasing the cost-effectiveness of planning wind farms. The traditional approach to obtain this information is to measure coastal wind with an offshore meteorological mast for at least a year. Gathering in-situ data from a single mast can cost a million euros a year, and provides data for only a small area.

Using data from Earth observation satellites enables a shift from a local to a global view and provides a cost-effective approach to determining potential energy fields. The sophisticated radar sensors on ESA’s ERS-2 and Envisat satellites can provide high-resolution 100-m data on the wind field, and a 15-year-long data archive is available.

Optical sensors such as Envisat’s Medium Resolution Imaging Spectrometer can be used to carry out environmental impact assessments. Satellite images can also be used for marine traffic management during initial construction and later maintenance work, as well as for forecasting daily energy production.

The Gunfleet Sands Offshore Wind Farm is visible off the Essex coast (centre top), and the port town of Dover is seen in the bottom as a white circular feature on the coastline.