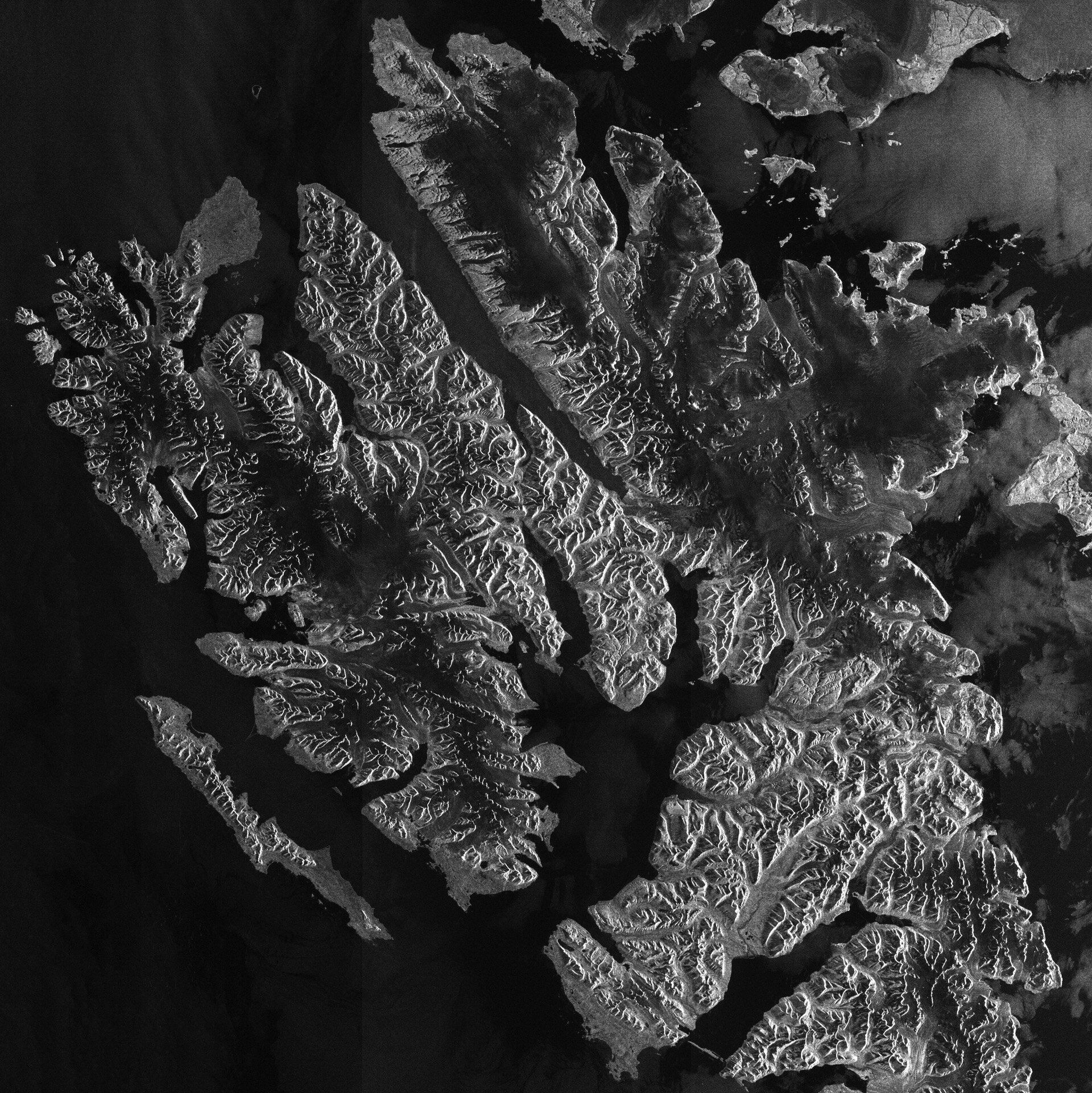 Spitsbergen, Norway’s largest island, is pictured in this Envisat image.

Bordered by the Arctic Ocean to its north and the Greenland Sea to its west, Spitsbergen is the largest and only permanently populated island of the Svalbard archipelago.

The island has many glaciers, mountains and fjords – long inlets created by glacial activity.

Because of its high latitude, average summer temperatures are between 4 °C and 6 °C, while winters drop to around −20 °C. The North Atlantic Current, however, gives Spitsbergen significantly higher temperatures than other places at the same latitude.

Arctic foxes, reindeer and polar bears roam the land here. The surrounding waters are home to whales, dolphins and walruses.

This image was acquired on 6 September by Envisat’s Advanced Synthetic Aperture Radar.