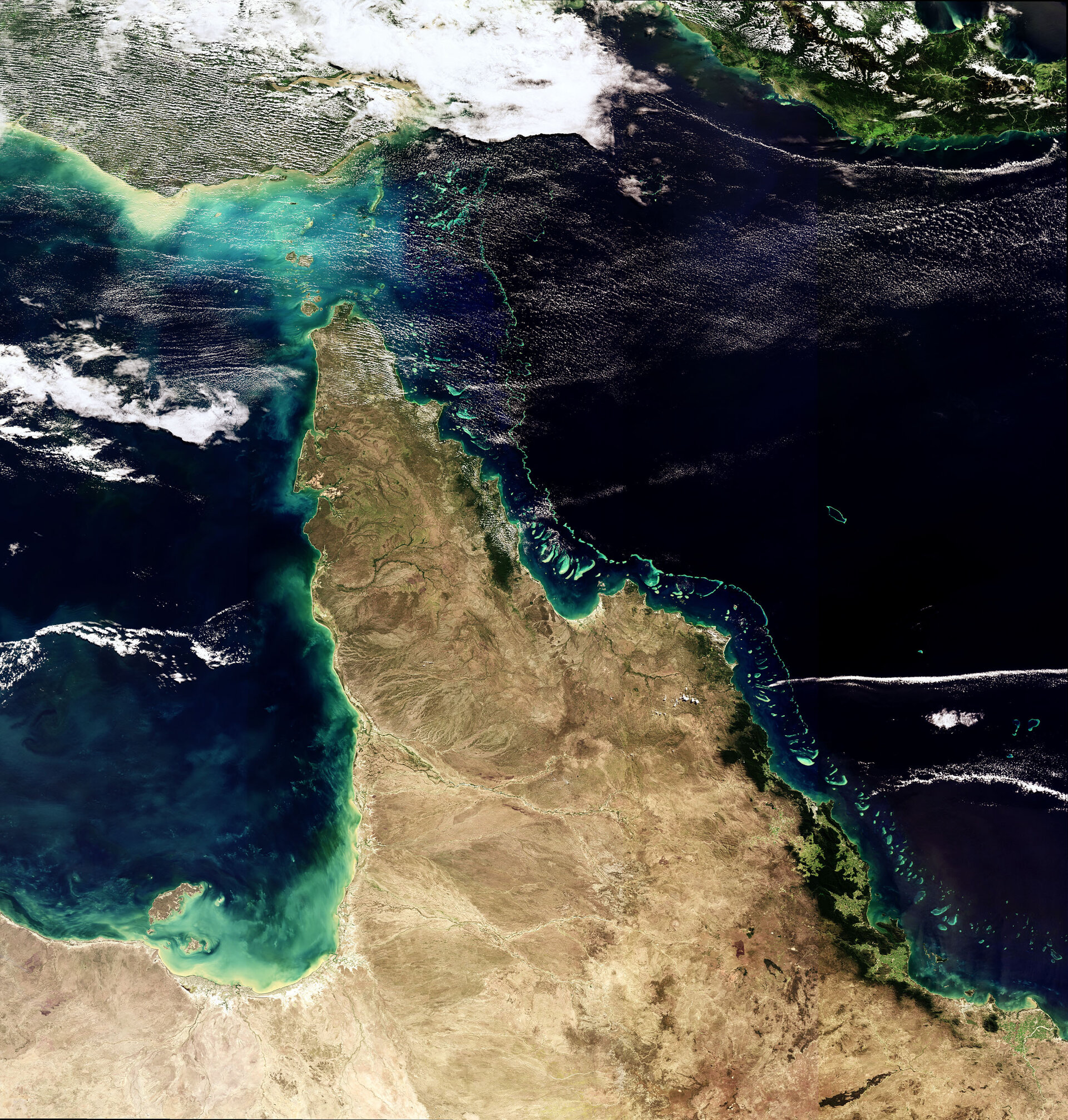 This Envisat image features one of the natural wonders of the world – the Great Barrier Reef in the Coral Sea off the east coast of Queensland, Australia.

Extending more than 2000 km and covering an area of some 350 000 sq km, it is the largest living organism on Earth and the only living thing the naked eye can see from space.

Despite its name, it is not comprised of a single reef but nearly 3000. The reef is home to over 1500 tropical fish species, 400 types of coral, more than 200 species of bird, 4000 species of mollusc, 500 species of seaweed and six species of sea turtle. It is also a breeding area for humpback whales.

In recognition of its significance the reef, the world’s most protected marine area, was made a UNESCO World Heritage Site in 1981.

Coral reefs worldwide are increasingly under threat from coral bleaching, which occurs when the algae that makes up the coral die, causing it to turn white. The precise reason for coral bleaching is unknown but the phenomenon is associated with increased water temperatures, low salinity and high sunlight levels.

According to the Intergovernmental Panel on Climate Change, the entire Great Barrier Reef faces extinction if the water temperatures continue to rise and the sea becomes more acidic.

The green, blue and tan-coloured swirls seen along the Gulf of Carpentaria (west) and between Australia and Papua New Guinea (top) are due to sediments transported in the water.

MERIS acquired this image on 18 May 2008, working in Full Resolution mode to yield a spatial resolution of 300 m.