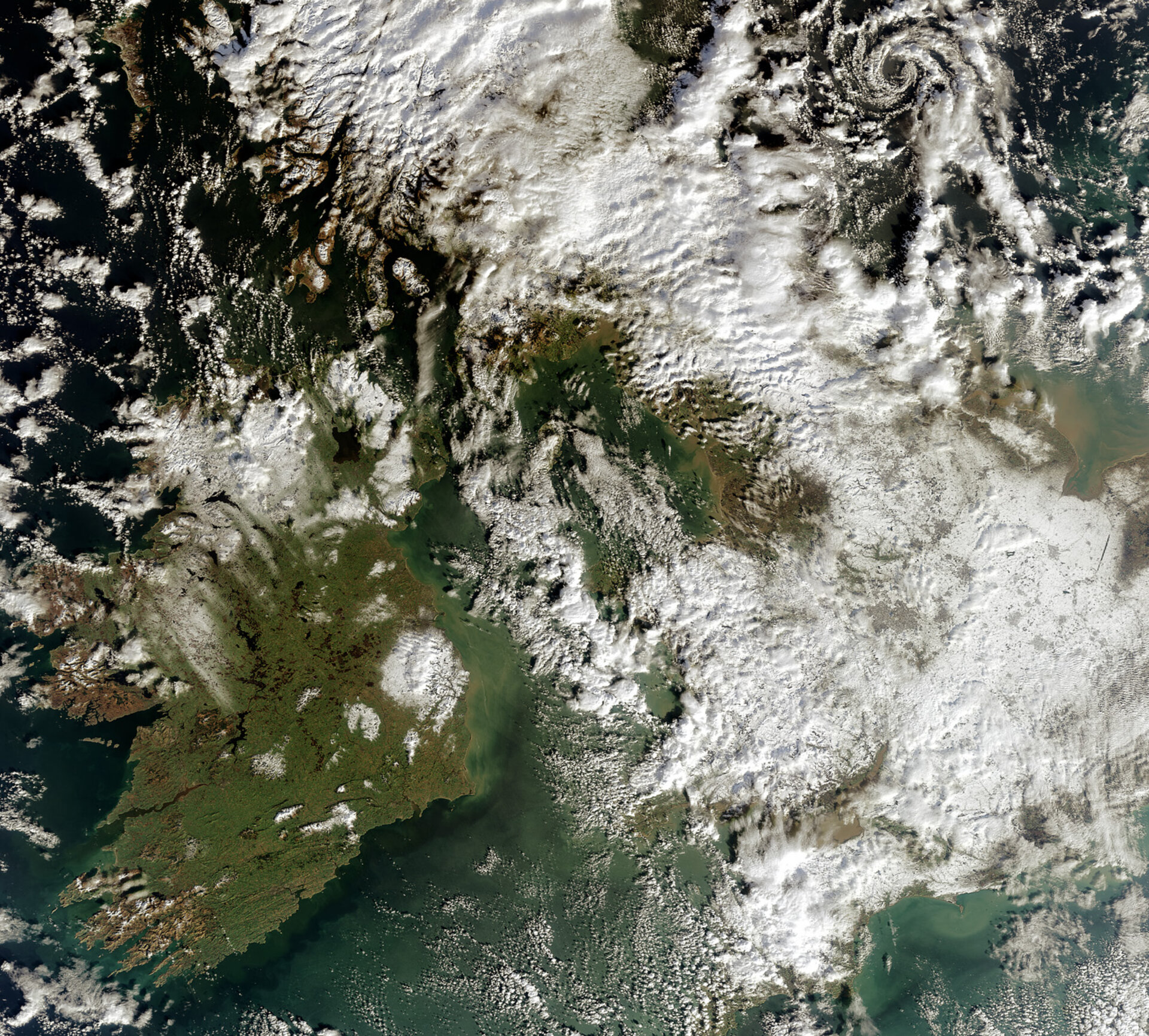 This Envisat image features the islands of Great Britain and Ireland, located to the northwest of Continental Europe.

The island of Great Britain (on the east, or right), which principally includes England (southern part), Wales (western side) and Scotland (northern part), is largely covered by clouds but white patches of snow are also visible.

Severe storms have been wreaking havoc on Britain since 2 February when the country was hit with the most widespread coverage of snow in nearly 20 years.

Tan-coloured sediments are visible around the island’s coastlines in the North Sea (far right) and the Irish Sea (middle of the image).

The island of Ireland, made up of the Republic of Ireland (covering five-sixths of the island to the south) and Northern Ireland (top eastern corner), is visible in the lower left corner. This nearly cloud image over Ireland in the winter is rare because typical winter weather includes clouds and rain.

Ireland enjoys a mild climate, which is influenced by the Atlantic Ocean (visible on left) and the presence of the Gulf Stream. Southwesterly winds from the Atlantic result in high rainfall figures in the northwest and west and southwest of the country.

Ireland has some 14 000 km of inland waterways along with some 800 lakes (both visible as dark circles and lines), making it a popular destination for fishing.

The large dark blue lake visible in Northern Ireland (top right of island) is Lough Neagh, located some 30 km west of the capital city of Belfast. With an area of 392 km², it is the largest lake on these two islands.

This image was acquired by Envisat's Medium Resolution Imaging Spectrometer (MERIS) instrument on 7 February 2009, working in Full Resolution mode to provide a spatial resolution of 300 metres.