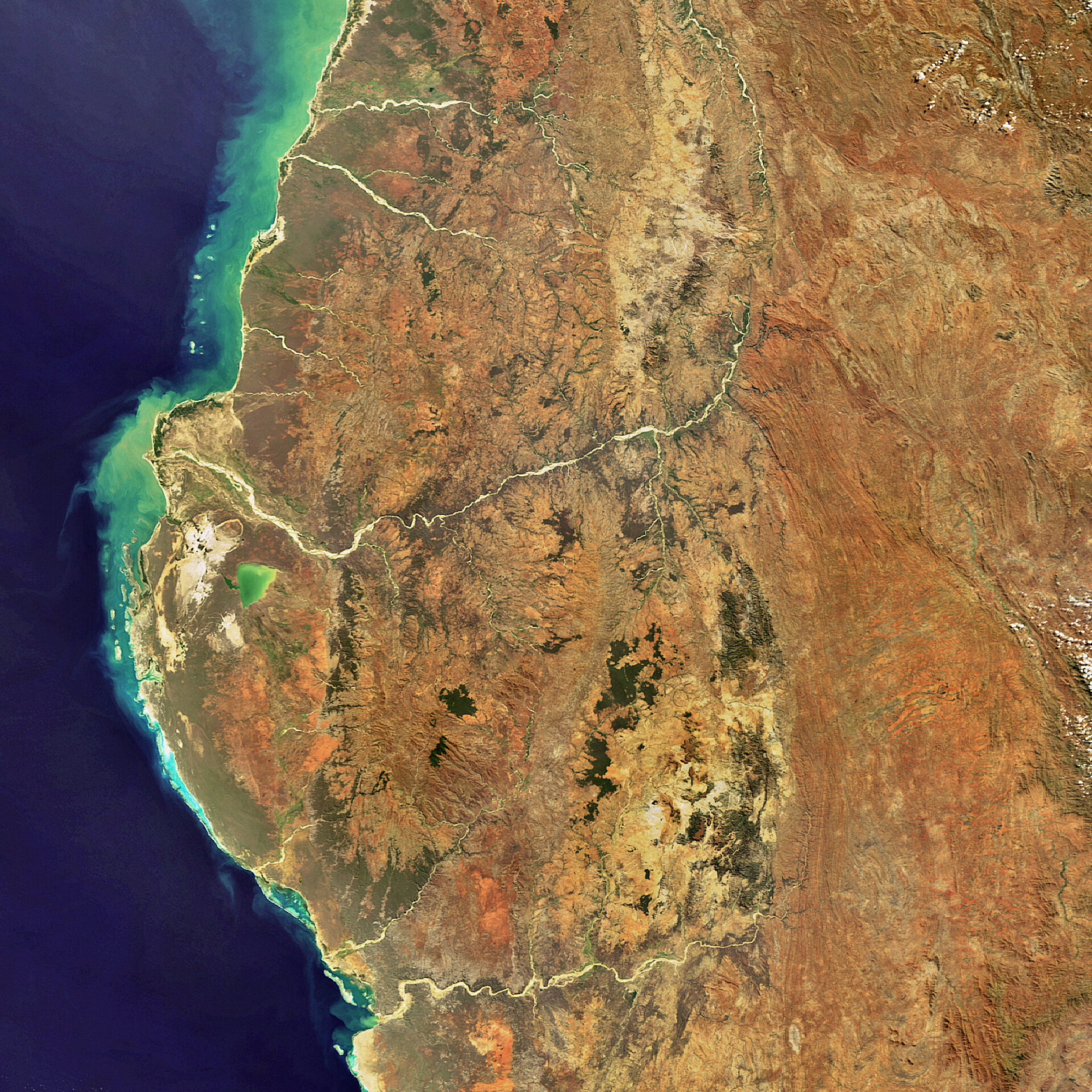 The southwestern area of Madagascar – the fourth largest island in the world – is highlighted in this Envisat image. The rivers Morondava, Maharivo, Mangoky and Onilahy are shown, respectively, emptying into the Indian Ocean in the Mozambique Channel. The green coloured body of water visible just below the Mangoky River is Lake Ihotry.

The Isalo National Park, which is located to the right in the image in the burnt orange area halfway between the Mangoky and Onilahy rivers, was created in 1962 and covers around 81 000 hectares. The mountain is characterised by eroded sandstone, which much of dates back to the Jurassic period, according to the conservation organization WWF.

Madagascar is often referred to as the ‘Great Red Island’ because of the appearance of its red laterite soil, which was once covered with green rainforest before slash-and-burn techniques introduced for farming caused heavy erosion.

Madagascar’s coastline contains some 3540 km of coral reef systems, with the majority found on the west coast. Fifty-two km of true barrier reefs are located in the Toliara region, which is located just to the north of the Onilahy River. The reef system from Toliara to Morombe, located on the coast left of Lake Ihotry, is considered one of the most extensive reef systems in the western Indian Ocean region.

A study by Conservation International carried out earlier this month along Madagascar’s south-western coast showed damage to these reef systems from coral bleaching believed to be caused by rising sea temperatures.