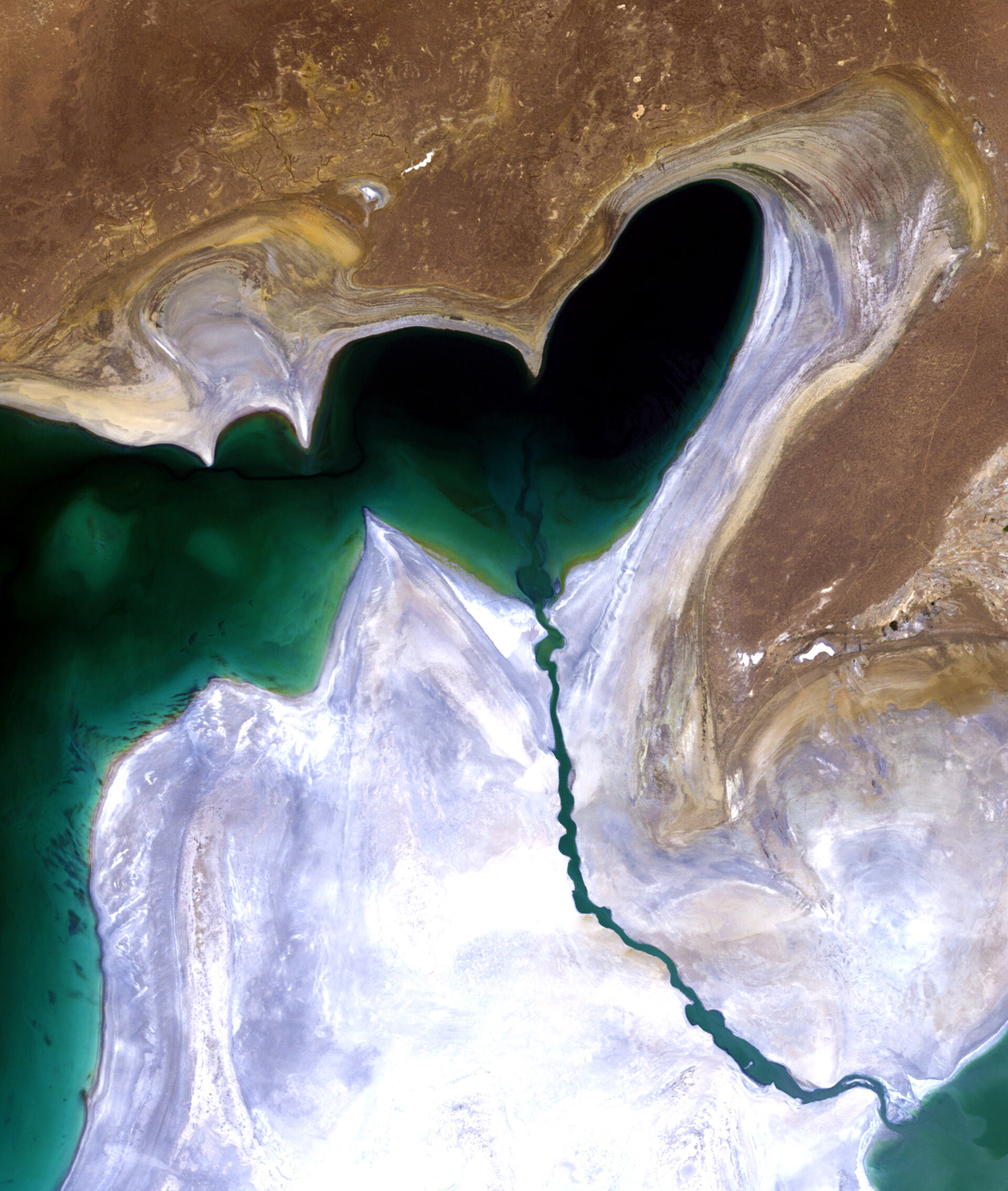 This Landsat image features the heart-shaped northern tip of the western half of the Large Aral Sea (or South Aral Sea) in Central Asia.

Once the world’s fourth-largest inland body of water, the Aral Sea has been steadily shrinking over the past 50 years since the rivers that fed it were diverted for irrigation projects.

By the end of the 1980s, little water was reaching the lake causing it to split into two sections: the Small Aral Sea (not visible) in Kazakhstan and the Large Aral Sea shared by Kazakhstan and Uzbekistan.

By 2000, the Large Aral Sea had split into two – an eastern and western lobe.

In 2005, a dam was built between the sea’s northern and southern sections to help improve water resource management and reverse the man-made environmental disaster.

The dam allowed the river to feed the northern Aral, which has begun to recover. It didn’t solve the entire problem though, as the southern section is expected to dry out completely by 2020.

The whitish area surrounding the lakebed is a vast salt plain, now called the Aralkum Desert, left behind by the evaporating sea. It comprises some 40 000 sq km zone of dry, white salt and mineral terrain.

Each year violent sandstorms pick up at least 150 000 tonnes of salt and sand from Aralkum and transport them across hundreds of kilometres, causing severe health problems for the local population and making regional winters colder and summers hotter.

The Thematic Mapper on Landsat 5, jointly managed by NASA and the US Geological Survey, acquired this image on 24 July 2010. ESA supports the Landsat series as a Third Party Mission, meaning it uses its ground infrastructure and expertise to acquire, process and distribute Landsat data to users.