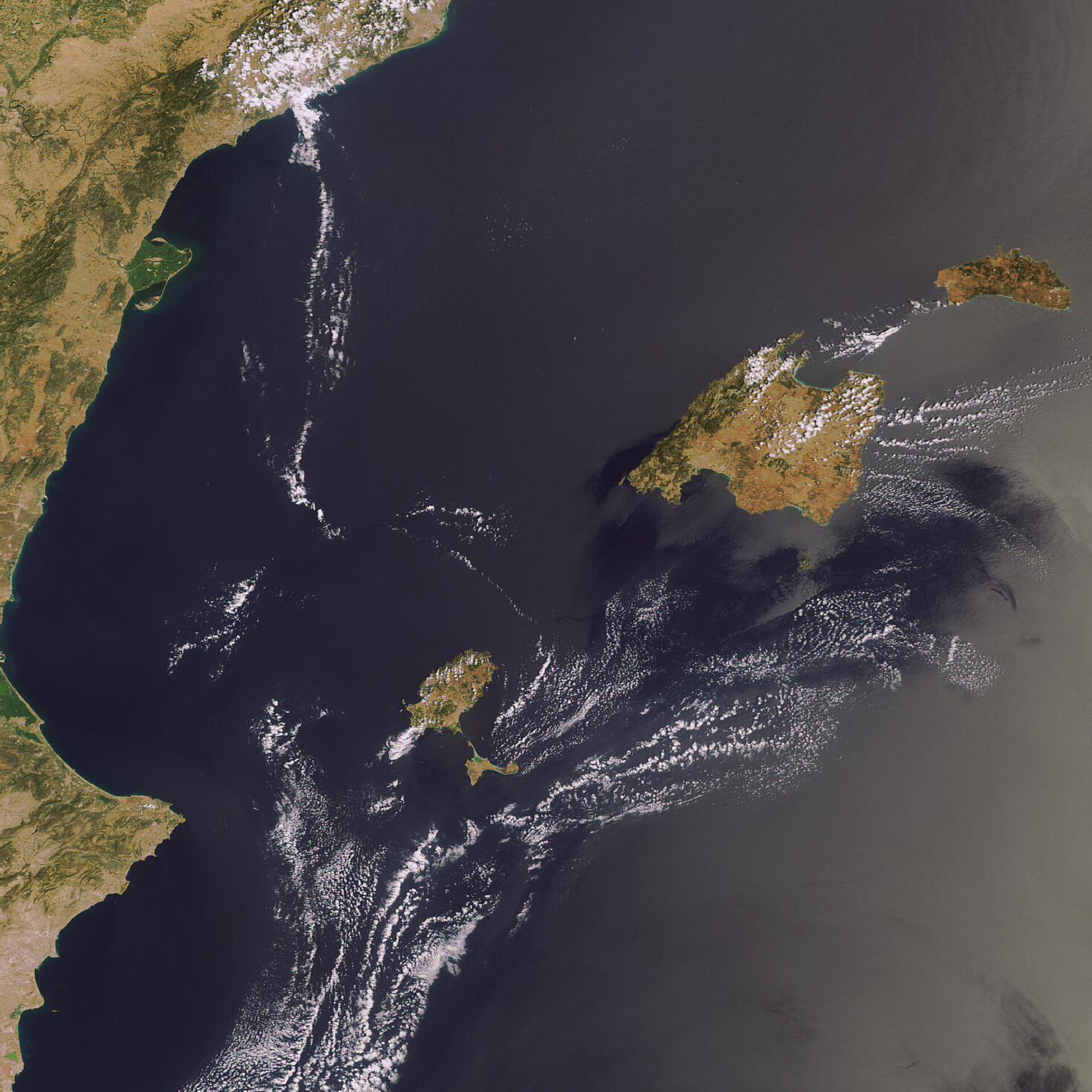 The Balearic Islands are captured in this Envisat image. The Spanish islands of Majorca (the largest), Minorca (far right), Ibiza (top left island) and Formentera (beneath Ibiza) – located in the western Mediterranean Sea near the eastern coast of Spain – form the Autonomous Community of the Balearic Islands. Palma, the capital of Majorca, is also the capital of the Community.

Last month, Spain’s eastern seashores were inundated with jellyfish, forcing tourists to stay out of the waters. According to Reuters News Agency, the Red Cross has treated more than 10,000 jellyfish stings so far this summer in the eastern region of Catalonia – with a third of those occurring during July.

Although scientists do not know the ultimate cause for the plague of jellyfish, it is believed high sea temperatures played a major role. ESA’s Medspiration project, which detects the sea surface temperatures (SST) for all 2 965 500 square kilometres of the Mediterranean, witnessed an increase in the SST in the area.

The heat map to the right shows the dramatic increase in temperatures from 8 to 26 July 2006.

Working like thermometers in the sky, these satellites measure SST on an ongoing basis. For example, Envisat's Advanced Along Track Scanning Radiometer (AATSR) instrument uses infrared wavelengths to acquire SST for a square kilometre of ocean to an accuracy of 0.2°C. Knowledge of SST is important for weather forecasting and is increasingly seen as a key indicator of climate change.

Under ESA contract, the Medspiration operations are carried out by the EUMETSAT Sea and Ice SAF at the Meteo-France's Centre for Space Meteorology and the French Research Institute for Exploitation of the Sea (IFREMER) under the leadership of the Southampton Oceanography Centre.

Envisat acquired this image on 1 August 2006 with its Medium Resolution Imaging Spectrometer (MERIS) instrument while working in Full Resolution Mode to provide a spatial resolution of 300 metres.