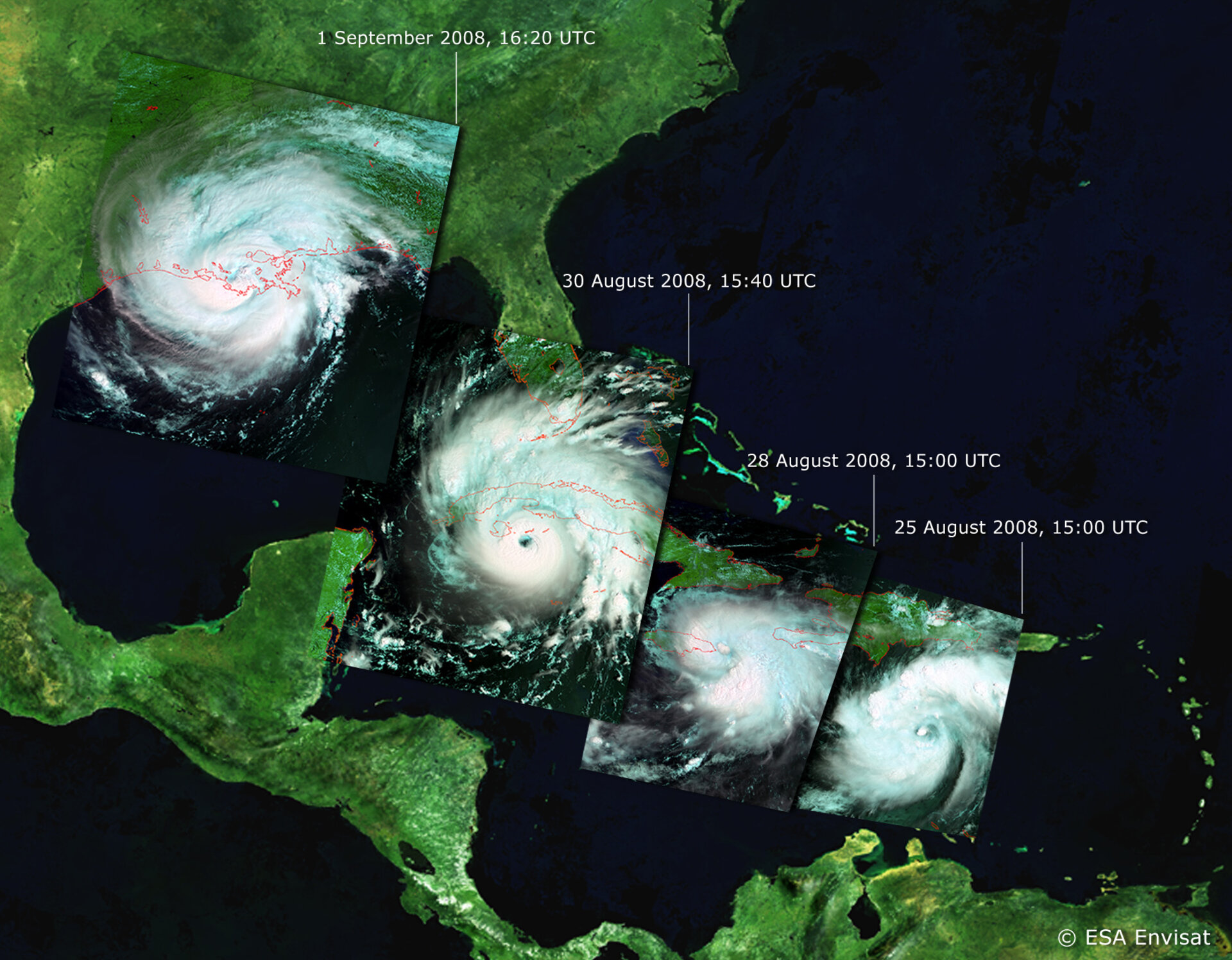 The development and path of Hurricane Gustav is shown via a sequence of satellite images acquired by Envisat’s Medium Resolution Imaging Spectrometer (MERIS) instrument on 25 August, 28 August, 30 August and 1 September 2008 (from right to left).

Later that day, it had gained enough strength to be designated Tropical Storm Gustav. By the following morning, Gustav had strengthened into a hurricane with winds reaching 150 km per hour.

Hurricane Gustav weakened as it moved over Haiti’s mountainous landscape and was downgraded to a tropical storm. The storm moved toward Jamaica (as visible in the 28 August acquisition) and picked up strength. By 29 August, it was again upgraded to a hurricane.

As it neared the west end of Cuba on 30 August (visible), Gustav was upgraded to a Category 3 hurricane on the Saffir-Simpson Hurricane Scale with sustained winds near 195 km per hour.

By 31 August Hurricane Gustav had entered the Gulf of Mexico with maximum sustained winds of more than 210 km per hour and made landfall in Louisiana on 1 September (visible) as a Category 2 hurricane with winds close to 177 km an hour.

Hurricanes are large powerful storms that rotate around a central area of extreme low pressure. They arise in warm tropical waters that transfer their heat to the air. The warmed air rises rapidly, in the process creating low pressure at the water surface. Winds begin rushing inwards and upwards around this low-pressure zone.

Instruments aboard ESA’s Envisat allow it to observe various features of hurricanes, including high atmosphere cloud structure and pressure, wind pattern and currents at sea surface level and oceanic warm features that contribute to the intensification of hurricanes.