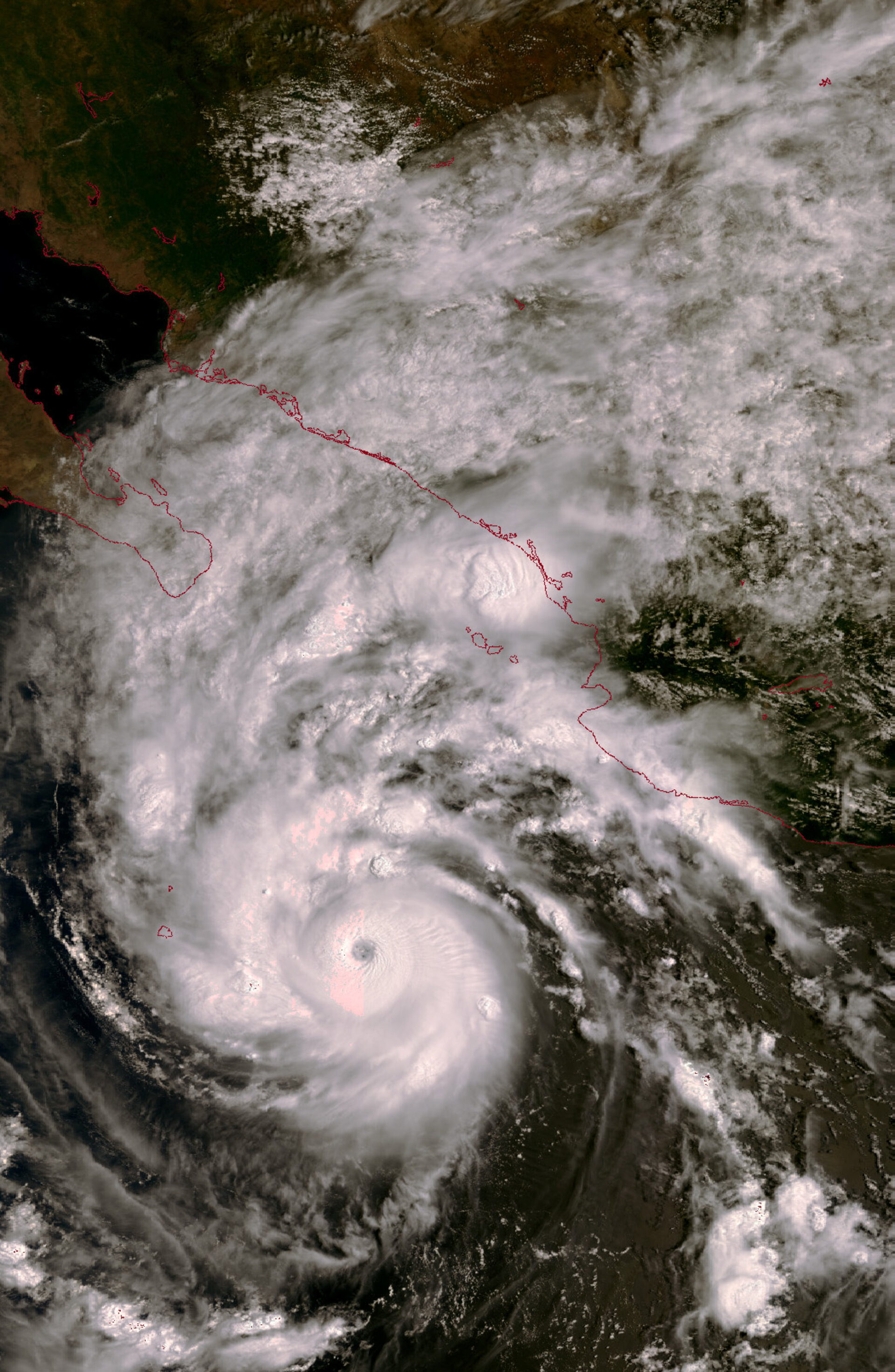 Around the time of the acquisition, Jimena had maximum sustained winds of nearly 250 km/h and was just short of being classified as a Category 5 storm – the highest danger rating for a hurricane on the Saffir–Simpson intensity scale.

By early Wednesday 2 September, it had weakened to a Category 2 hurricane as its maximum wind speed dropped to 165 km/h, according to the US National Hurricane Center. Later on Wednesday, it was downgraded again to a Category 1 hurricane after its maximum sustained winds decreased to 145 km/h.

The hurricane, which formed on 29 August in the eastern Pacific Ocean, weakened to a tropical storm later on Wednesday after making landfall on the Baja California Peninsula (left). The peninsula lies at the southern tip of North America and is surrounded by water with the Gulf of California, also called the Sea of Cortés, to the east and the Pacific Ocean to the west. Mainland Mexico is visible across the top of the image.

Hurricanes are large powerful storms that rotate around a central area of extreme low pressure. They arise in warm tropical waters that transfer their heat to the air. The warmed air rises rapidly, in the process creating low pressure at the water surface. Winds begin rushing inwards and upwards around this low-pressure zone.

Knowing the strength and path of hurricanes is critical for issuing timely warnings. Earth observation satellites are the best means of providing data on the forces that power the storm.