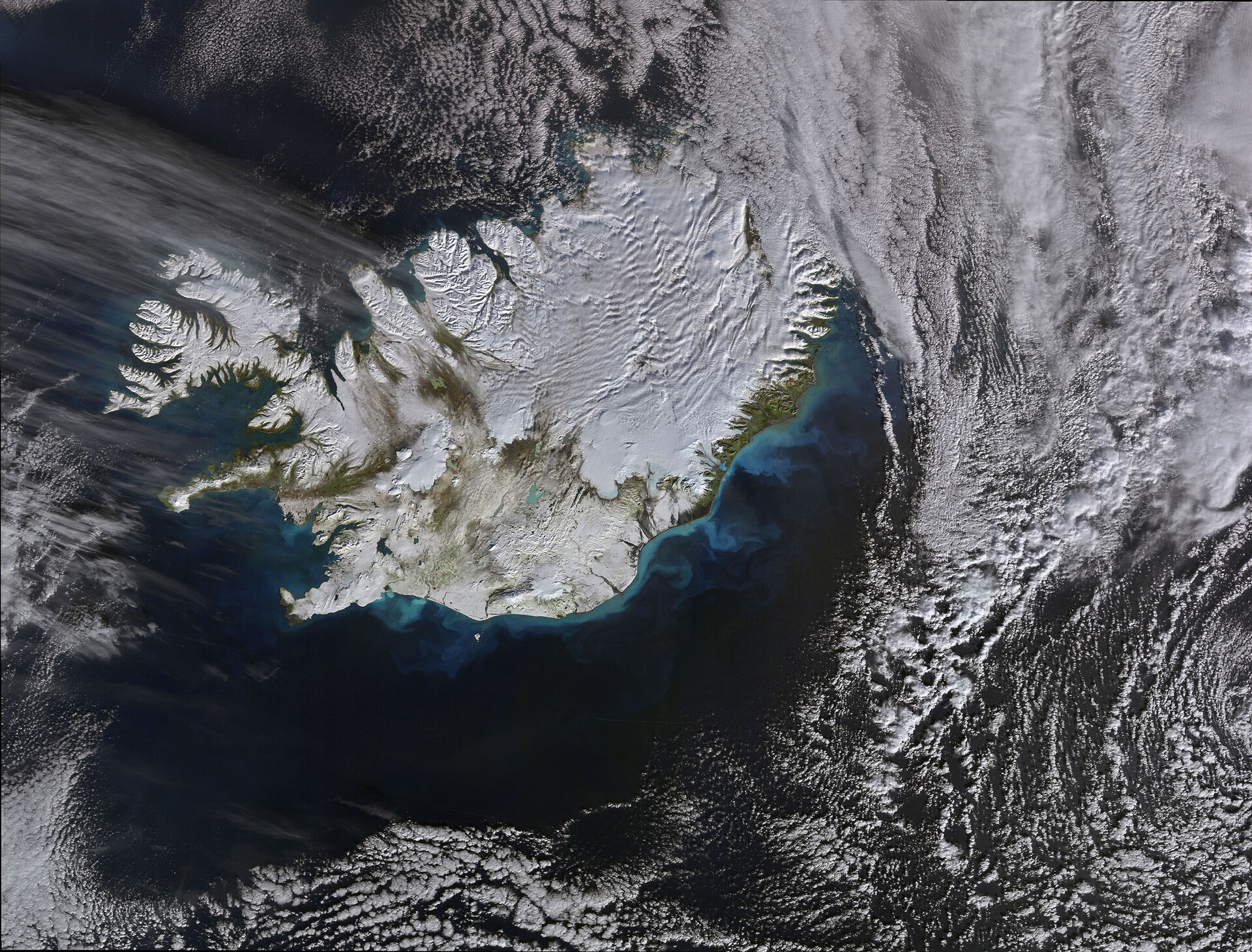 This Envisat image features the island of Iceland covered in the first snow of the 2008 winter.

Iceland – located in the North Atlantic Ocean east of Greenland and immediately south of the Arctic Circle – is the westernmost European nation.

More than 11 percent of the island is covered by glaciers. The Vatnajokull glacier (located in the southeast where the white area is more prominent) covers an area of 8000 km² and is more than 900 m thick at its deepest point, making it the largest glacier in Europe.

Reykjavik, the country’s capital, is located in the southwest (slightly inland from the boot-shaped peninsula on the bottom left that extends out into the Atlantic Ocean). With a population of more than 100 000, it is a major port and the country's largest commercial centre.

In addition to glaciers, Iceland is home to volcanoes, lakes, lava and more than 800 hot springs. Reykjavik, Icelandic for ‘Smoky Bay’, was named for steam rising from hot springs.

Brilliant colours of blue-green are visible swirling in the waters off the south and western coasts. These are caused by large concentrations of phytoplankton, which form the basis of the ocean's food chain and have an essential role in the global ecosystem.