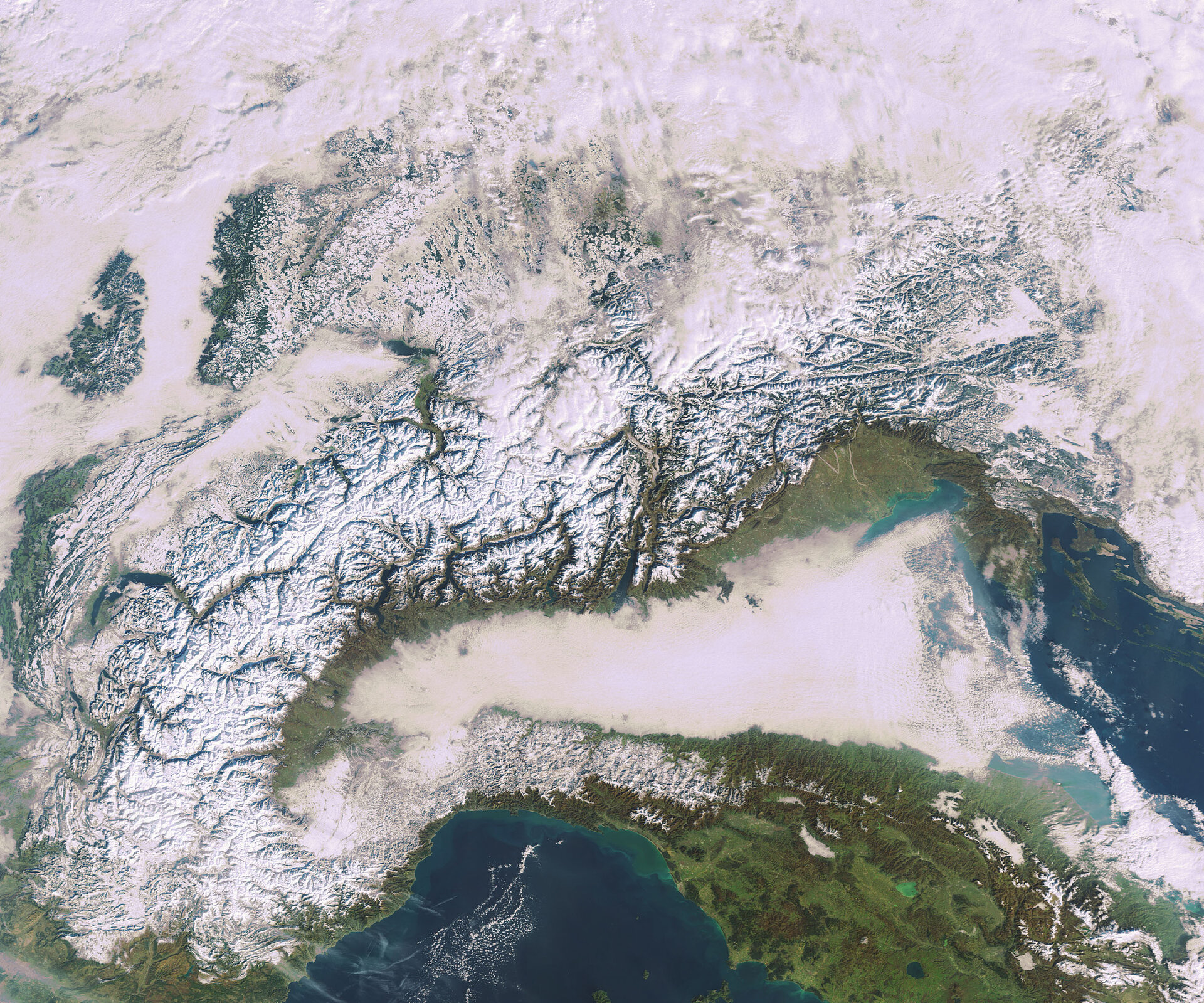 Fog is a relatively frequent phenomenon in the Po Valley during the autumn and winter months as a result of temperature inversion, which occurs when heavy cold air settles into a valley and is held there by warmer air passing over the mountains above.

The topographical conformation of Po Valley, tucked between the Alps (seen stretching across the centre) and the Apennines (bottom right), favours low wind conditions and strong inversion situations.

As an important industrial centre for Europe, this region creates large amounts of smog haze. The Alps and Apennines prevent winds entering the valley that would help to disperse the polluted air. At certain times of the year, when the atmospheric conditions prevent air circulation, the pollution remains trapped over the area.

The crescent-shaped Alps, Europe’s highest and most extensive mountain range, extend some 1200 km and occupy an area of about 200 000 sq km. The Apennines stretch the entire length of the Italian peninsula.

Lake Garda, Italy’s largest lake with an area of some 370 sq km, is visible at the foot of the Alps in the centre of the image. Two other substantial lakes visible west of Lake Garda are Lake Como (146 sq km), shaped liked an upside-down 'Y', and Lake Maggiore (212 sq km). Lakes visible on the Italian Peninsula include Trasimeno (green) and Bolsena (blue). All lakes of central Italy are of volcanic origin and are resting in former volcano craters, which accounts for their almost perfectly round shape.

The Ligurian Sea is visible to the west of Italy, and the Adriatic Sea can be seen to the east of Italy. Green swirls in the Ligurian along the coast are due to sediments being transported in the water.