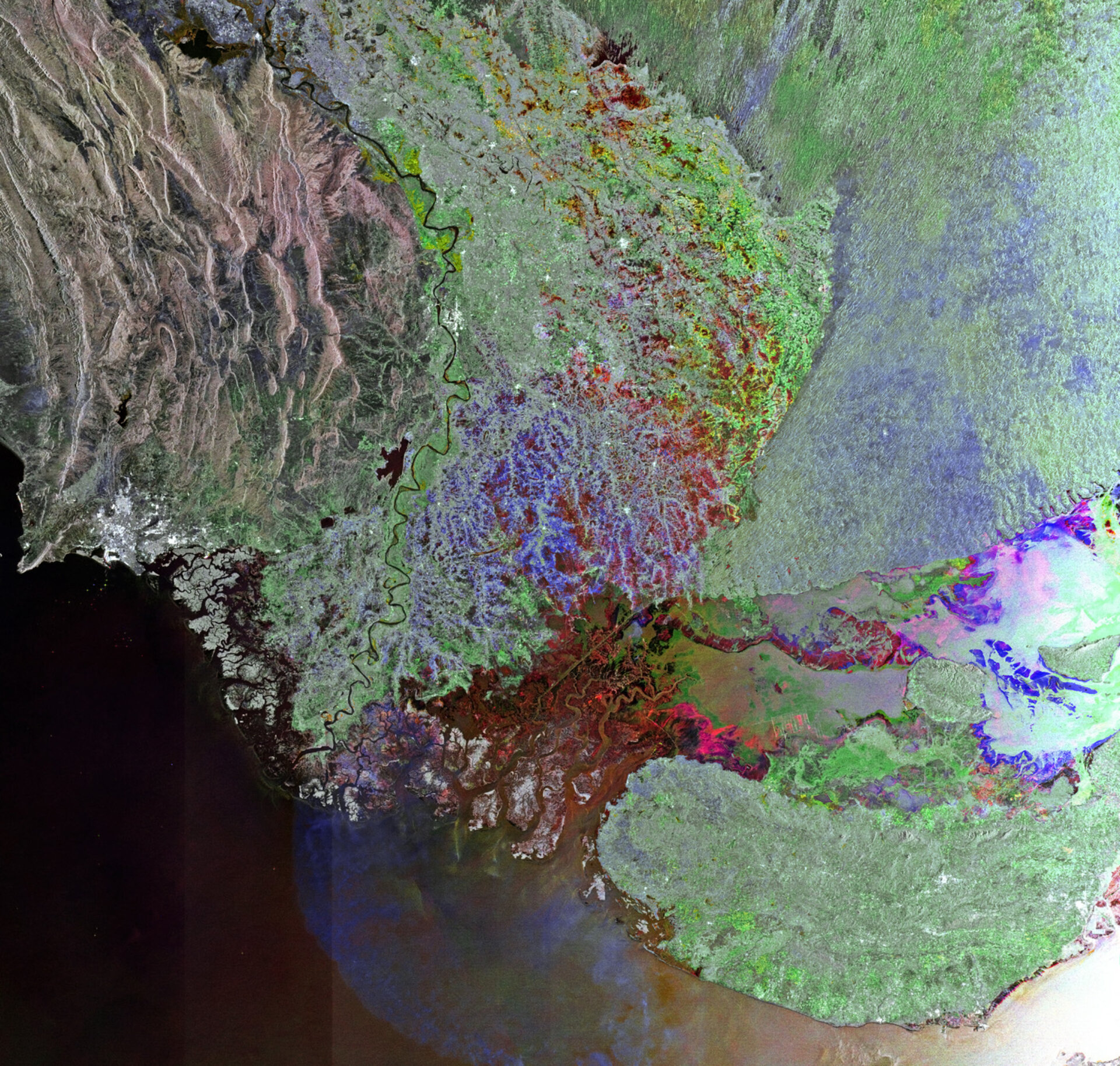 This Envisat image shows western India and southern Pakistan, with the Indus River snaking through Pakistan’s Sindh province before emptying into the Arabian Sea.

With a total length of over 3000 km, the river provides key water resources for Pakistan’s people. The area is known for its substantial agricultural base, where cotton, rice, wheat and many kinds of fruit are grown.

The red area in the lower-central portion of the image covers a seasonal salt marsh over Pakistan’s border with western India. During India’s summer monsoon, the area of salty clay fills with standing water, and becomes an important wetland area providing breeding grounds for flamingos.

This image is a compilation of three passes by Envisat’s radar on 15 May, 14 July and 12 September. Each is assigned a colour (red, green and blue) and combined to produce this representation. The colours reveal changes in the surface between Envisat’s passes.