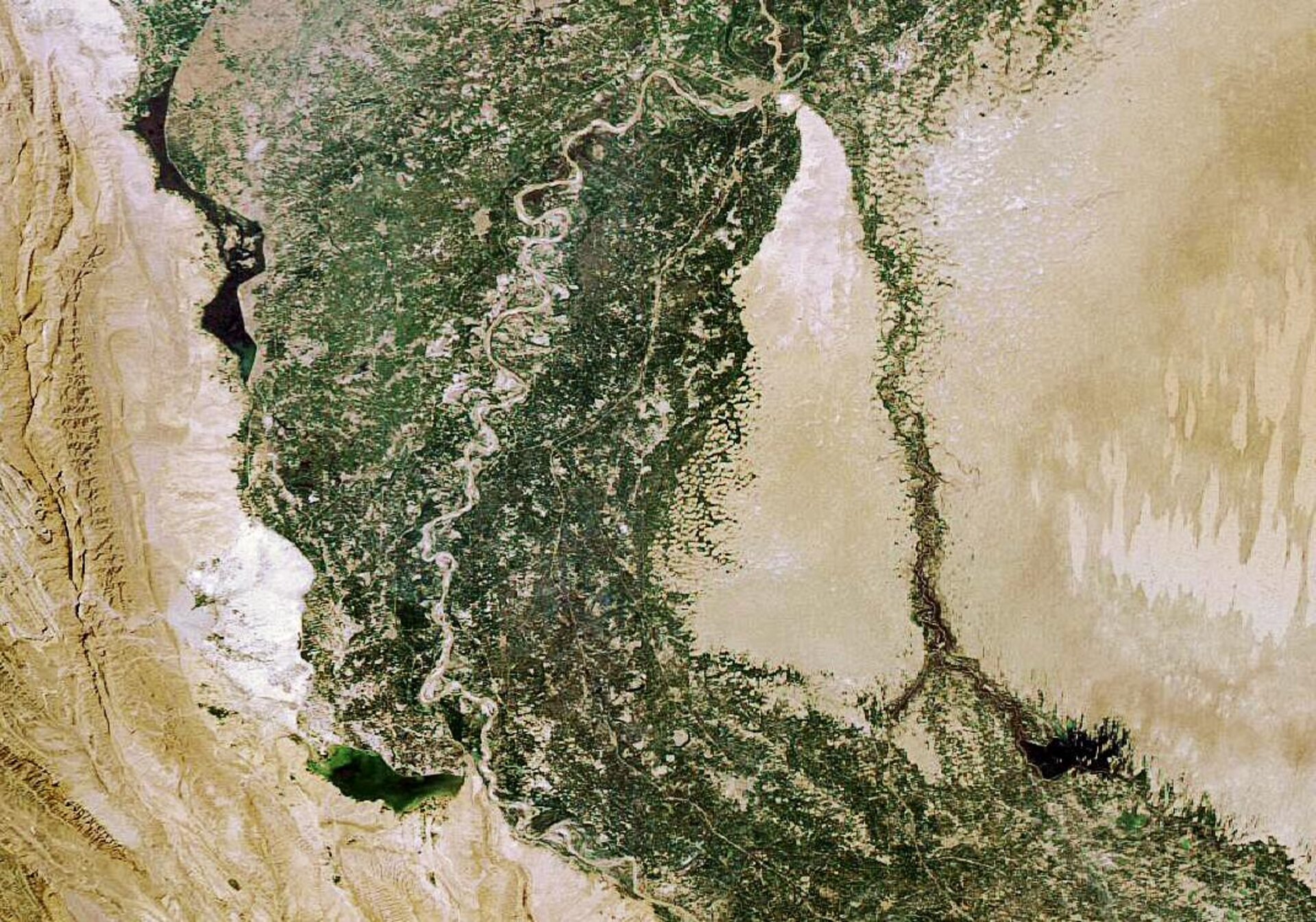 This Envisat image shows the various types of terrain and vegetation cover of the Indus River Valley in the Sindh Province of Pakistan.

The Indus River, which originates in Tibet, is shown winding south from the top of the image through the plentiful green vegetation, which lies in stark contrast to the rugged limestone hills of the Kirthar Range to the west and the Thar Desert to the east.

Thar Desert, located partly in Pakistan and partly in India, is the world’s seventh largest desert. During the January to June dry season, wind-driven sandstorms rising in the Thar are a common occurrence.

The Indus River empties into the Arabian Sea near the city of Karachi (not visible but located to the southwest). Stretching 2900 kilometres, the Indus is one of the longest rivers in the world. Its annual flow cubic metres) is twice that of the Nile River.

These ancient cities, which had drains, sewers and latrines, were carefully planned and laid out on the shores of the Indus. Archaeologists were able to determine that the river had flooded and destroyed the cities several times and each time they were rebuilt in exactly the same way.