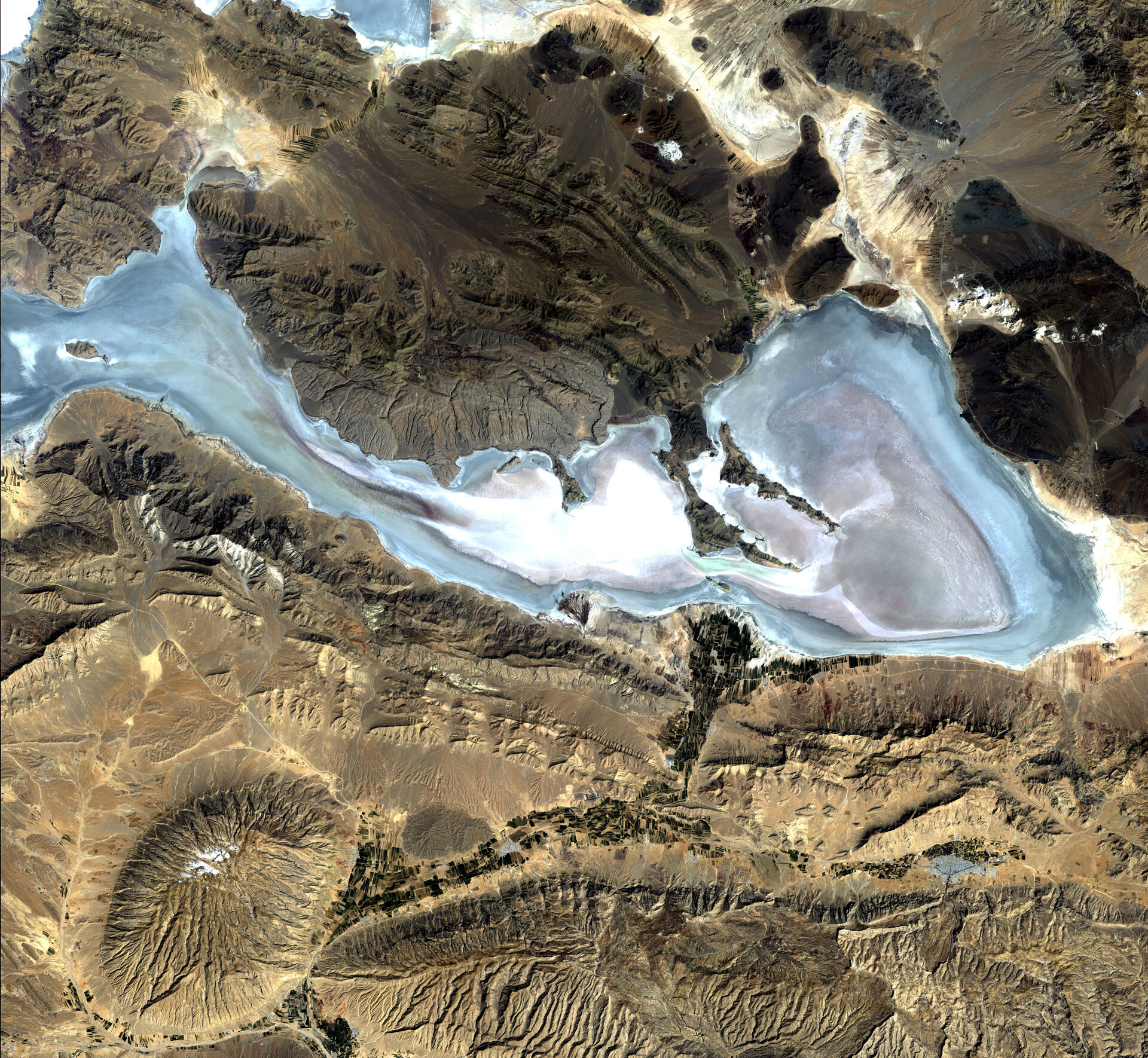 Lakes Bakhtegan and Tashk (together known as the Neyriz Lakes) in the Fars Province in southern Iran are featured in this image acquired by ALOS – Japan's four-tonne Earth observation satellite.

Lake Bakhtegan (centre) and Lake Tashk (top), situated in the Neyriz Basin, are salty lakes in the southeastern Zagros Mountains with fluctuating water levels according to rain and snowfall in the mountains.

Lake Bakhtegan, Iran’s second largest lake, is fed mostly by the Kur River, while Lake Tashk is fed by overflow from the marshes at its west end and by a large permanent spring in the northwest.

Although normally separated by narrow strips of land, during years of heavy rainfall they may join to form a single lake. Likewise, after years of low rainfall, such as in 1934 and 1971, the lakes may dry out completely except in the area near the springs.

Supporting more than 20 000 waterfowl during the migration seasons and in winter, the lakes are extremely important for breeding of a wide variety of species and helping to maintain the genetic and ecological diversity of the region.

The Bakhtegan National Park, a wildlife park, sanctuary and reserve, is visible in the top centre of the image above Lake Bakhtegan.

ALOS (Advanced Land Observing Satellite) captured this image on 6 March 2009 with its Advanced Visible and Near Infrared Radiometer type-2 (AVNIR-2) instrument, which is designed to chart land cover and vegetation in visible and near infrared spectral bands with a resolution of 10 m.

ESA is supporting ALOS as a Third Party Mission, which means ESA utilises its multi-mission European ground infrastructure and expertise to acquire, process and distribute data from the satellite to its wide user community.