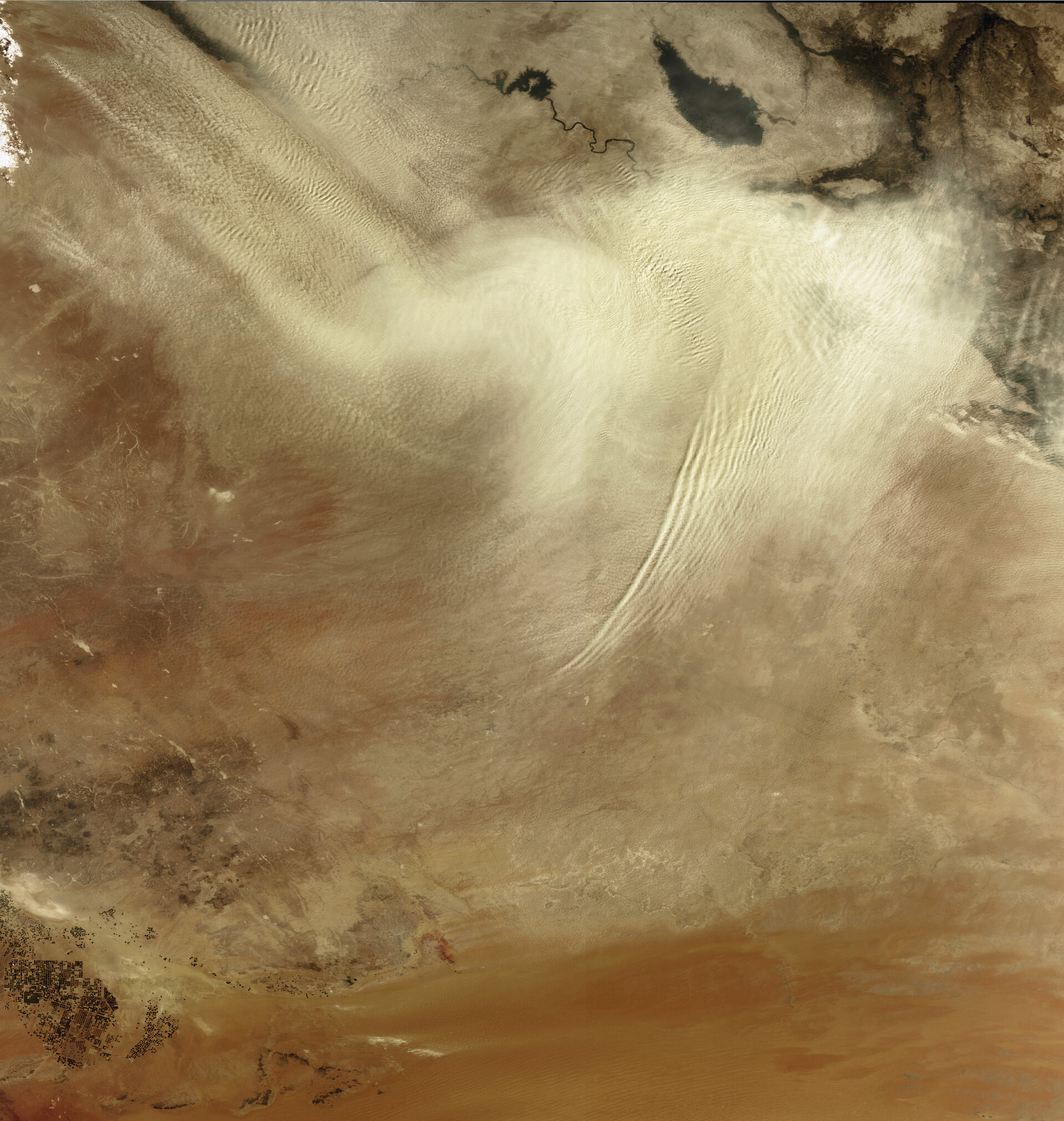 A sandstorm is captured sweeping across central Iraq on 14 September 2008 in this Envisat image.

Dust storms, or sandstorms, are usually the result of a large mass of cold air moving swiftly across dry ground covered with loose sand and silt.

They are remarkable natural phenomena that can cause major ecological and agricultural damage, as described in Nobel Prize-winner John Steinbeck's Pulitzer Prize-winning novel 'The Grapes of Wrath', in which severe dust storms contributed to the fall of the U.S. agricultural industry in the 1930s.

Dust storms can be a major contributor to reduced air quality and can cause hazards to human health. Wind-borne dust particles can invade the respiratory system's natural defences and lodge in the bronchial tubes, increasing the number and severity of asthma attacks, causing or aggravating bronchitis and reducing the body's ability to fight infections.

Sandstorms are common in Iraq's desert terrain, especially during the summer due to a strong northwesterly wind, called the shamal, that blows over the floodplain of Iraq's Tigris and Euphrates Rivers. The teardrop-shaped body of water in the upper right corner is Lake TharThar, which is situated 120 km north of Baghdad between the Tigris (visible east of TharThar) and Euphrates (visible west of TharThar).

This image was acquired by Envisat's Medium Resolution Imaging Spectrometer (MERIS) instrument while working in Full Resolution mode to provide a spatial resolution of 300 metres.