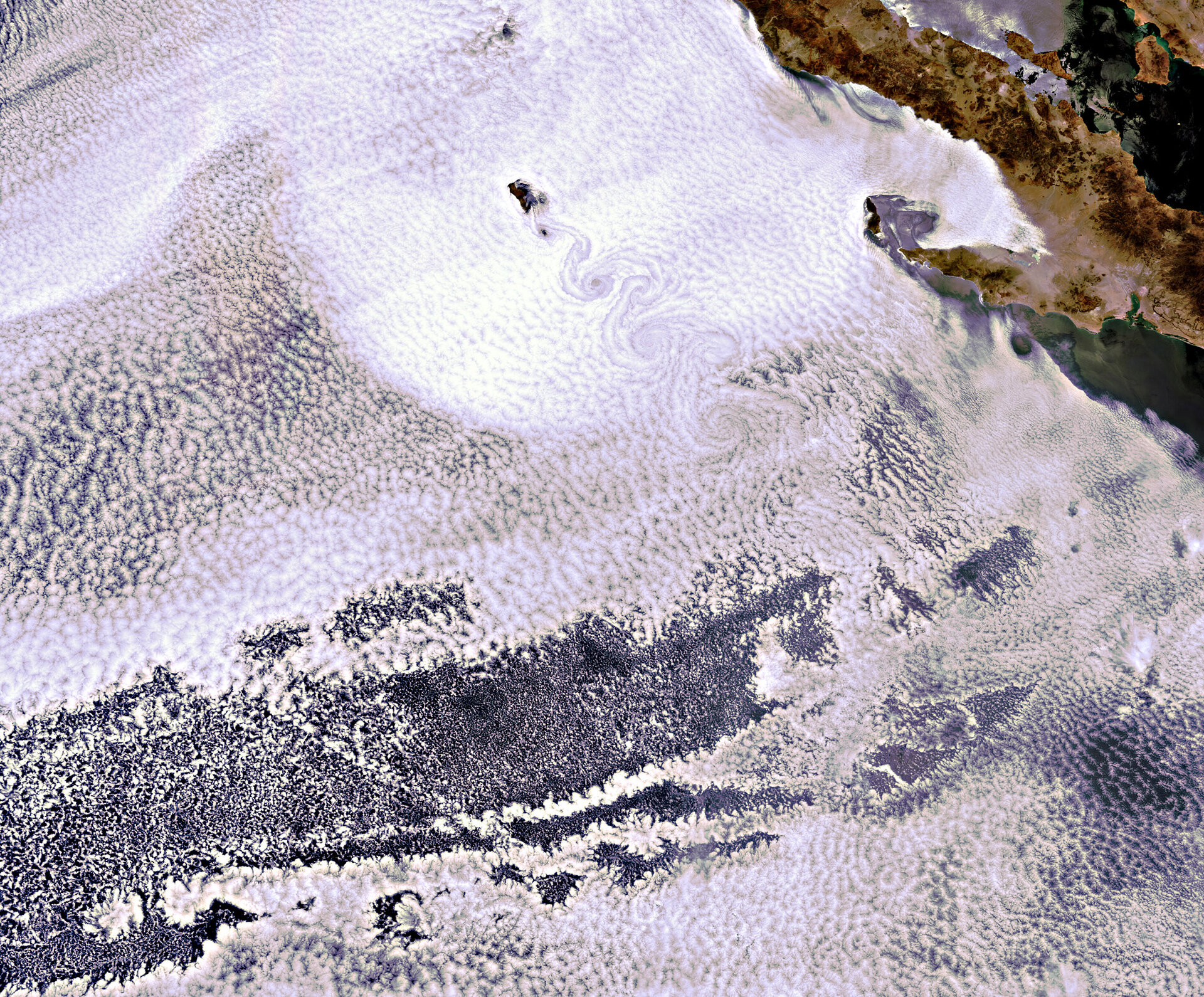 This Envisat image shows the volcanic island of Guadalupe peeking through the clouds. The island lies in the Pacific Ocean around 250 km off the west coast of Mexico's Baja California peninsula.

Home to fewer than 30 people, this rugged little island measures 35 km north to south and just less than 10 km east to west.

The island is made up of oceanic shield volcanoes that formed on a now-extinct mid-ocean ridge. It is dominated by a chain of high mountain ridges that rise to almost 1300 m.

The swirling clouds to the south of the island are the result of a meteorological phenomenon known as a 'von Karman vortex'. As wind-driven clouds encounter Guadalupe, they flow around the high volcanic outcrop to form the large spinning eddies that can clearly be seen in the image.

The Baja California peninsula in northwest Mexico can be seen in the top right of the image. At a length of 1200 km, the peninsula separates the Pacific Ocean from the Gulf of California.

The rugged coastline is home to many species of mammal, including sea lions and various species of whale that breed in the region's waters, while Guadalupe is considered to be one of the best places in the world to spot the Great White Shark.

This image was acquired on 15 June by Envisat’s Medium Resolution Imaging Spectrometer at a resolution of 300 m.