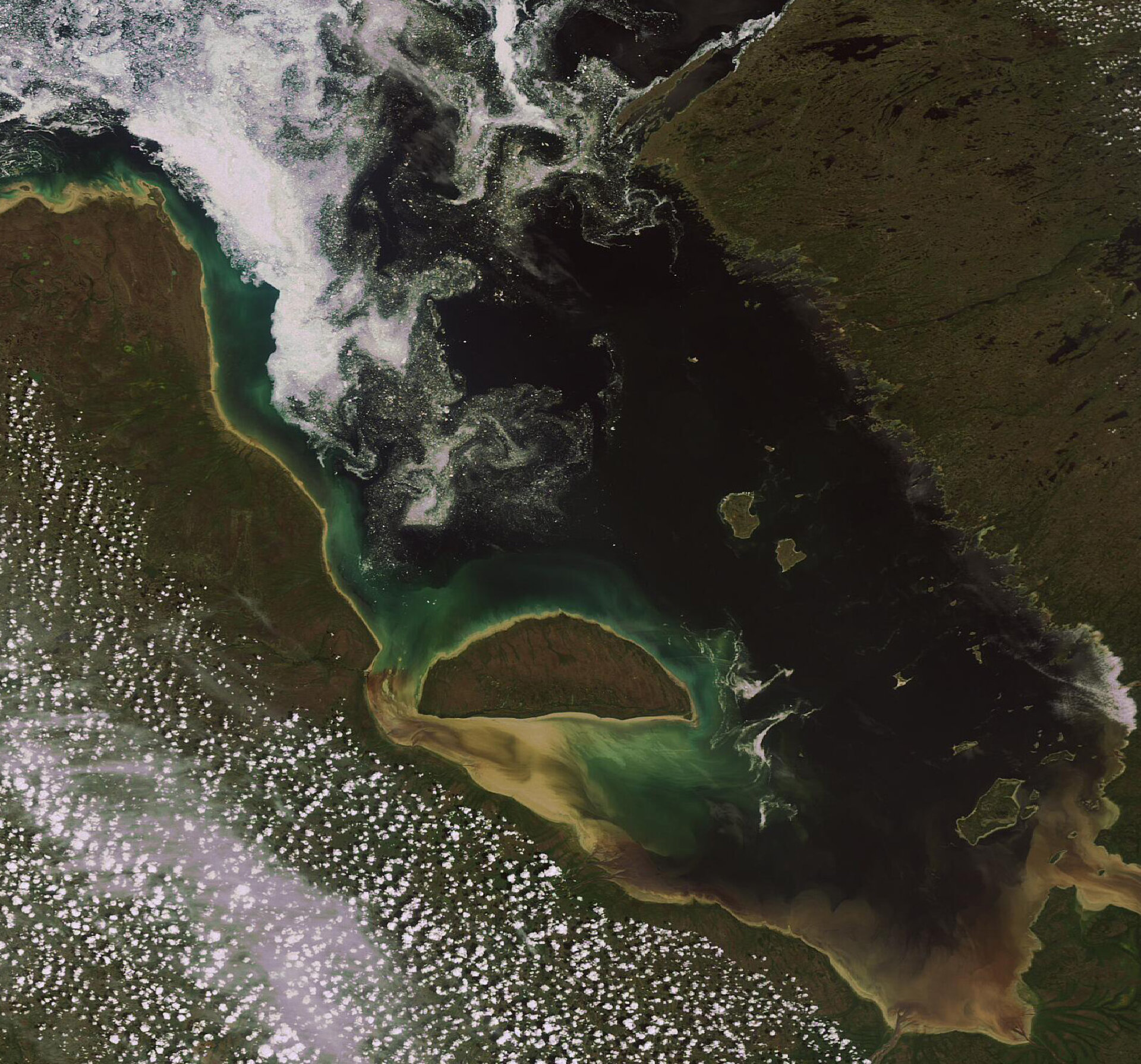 Canada’s James Bay is featured in this Envisat image. James Bay, the southern inlet of Hudson Bay in eastern Canada, is located between the provinces of Quebec (right) and Ontario (left), Canada.

The bay, 443 km long and 217 km wide, contains numerous islands. The crescent-shaped Akimiski Island (visible) is the largest with an area of 3002 sq km. The island, currently uninhabited, is a coastal wetland that serves as the home for numerous varieties of migratory birds.

The two islands located 56 km northeast of Akimiski Island are the Twin Islands. North Twin Island is the largest with an area of 157 sq km. Both North and South Twin Island contain small lakes and marshland and are important breeding grounds for a number of bird species.

Charlton Island, 30 km long and 15 km wide in the centre, is the large island visible at the very southern end of the bay. A collection of low-lying islands surrounds Charlton and the mouth of Rupert Bay (the muddy inlet visible in the lower right hand corner).

Polar Bear Provincial Park is located on the bay’s western shore in the far north of Ontario (visible in the upper left hand corner). Accessible only by air, the park is home to black bears, polar bears, caribou, moose, fox and beavers, among others. Beluga and white whales, as well as seals and walruses frequent the park’s coastal areas.

Because the land in the park is flat, it tends to flood when the ice breaks up in late spring. Swirls of white winter sea ice breaking up are visible in the northern part of the bay across from the park. The park was designated as a Wetland of International Importance under the Ramsar Convention in May 1987.

Sediments (visible along the shore in yellow, tan and brown) are carried to the bay from numerous local rivers.

This image was acquired by Envisat’s Medium Resolution Imaging Spectrometer (MERIS) instrument on 2 July 2007 working in Full Resolution mode to provide a spatial resolution of 300 metres.