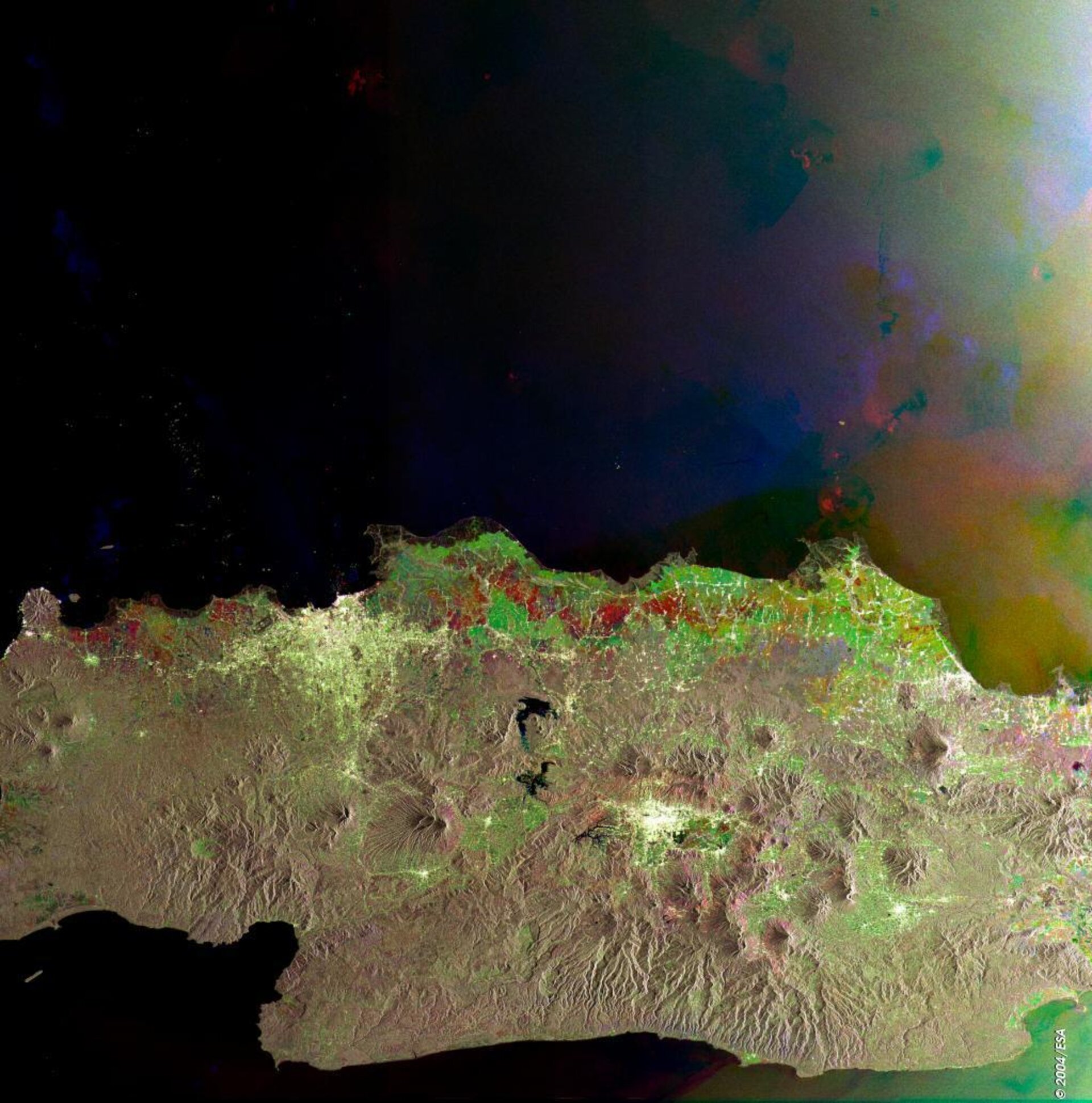 At a glance this Envisat radar composite image of the west part of Java reveals two key facts about the main island of the archipelago nation of Indonesia: its volcanic origins and also its highly populated character.

Indonesia is located within the Pacific 'Ring of Fire' volcano belt and has more than a hundred active volcanoes within its territory. With around 200 million inhabitants, Java is the most populated island in Indonesia and also the world.

The island was formed by ancient volcanic activity and its 132 000 sq. km of territory contains no fewer than 38 extinct or active volcanoes – note the volcanic mountain chain running across the island from east to west.

The angular nature of built-up areas means that they tend to show up brightly when seen via radar. The Indonesian capital of Jakarta nestles like a sparkling jewel on the north coast of Java. Technically an Indonesian province in its own right, the fast-growing port city has an area of 661.52 sq. km and a population approaching nine million people.

Inland to the southeast is located the city of Bandung, capital of the province of West Java. This settlement of two million people is located on a highland plateau. Home to many Indonesian universities Bandung is flanked by volcanoes, some of which have become local tourist attractions.

Because radar images represent surface backscatter rather than reflected light, there is no colour in a standard radar image. Instead the colour in this image is due to it being a multitemporal composite, made up of three Advanced Synthetic Aperture Radar (ASAR) images acquired on different dates, with separate colours assigned to each acquisition to highlight differences between them.

In this composite, red relates to an acquisition on 8 January 2004, green to one on 12 June 2003 and blue to one on 22 April 2004. Note the seasonal changes in cultivated areas along Java's north coast. The view was acquired in ASAR Wide Swath Mode, with pixel sampling of 75 metres.