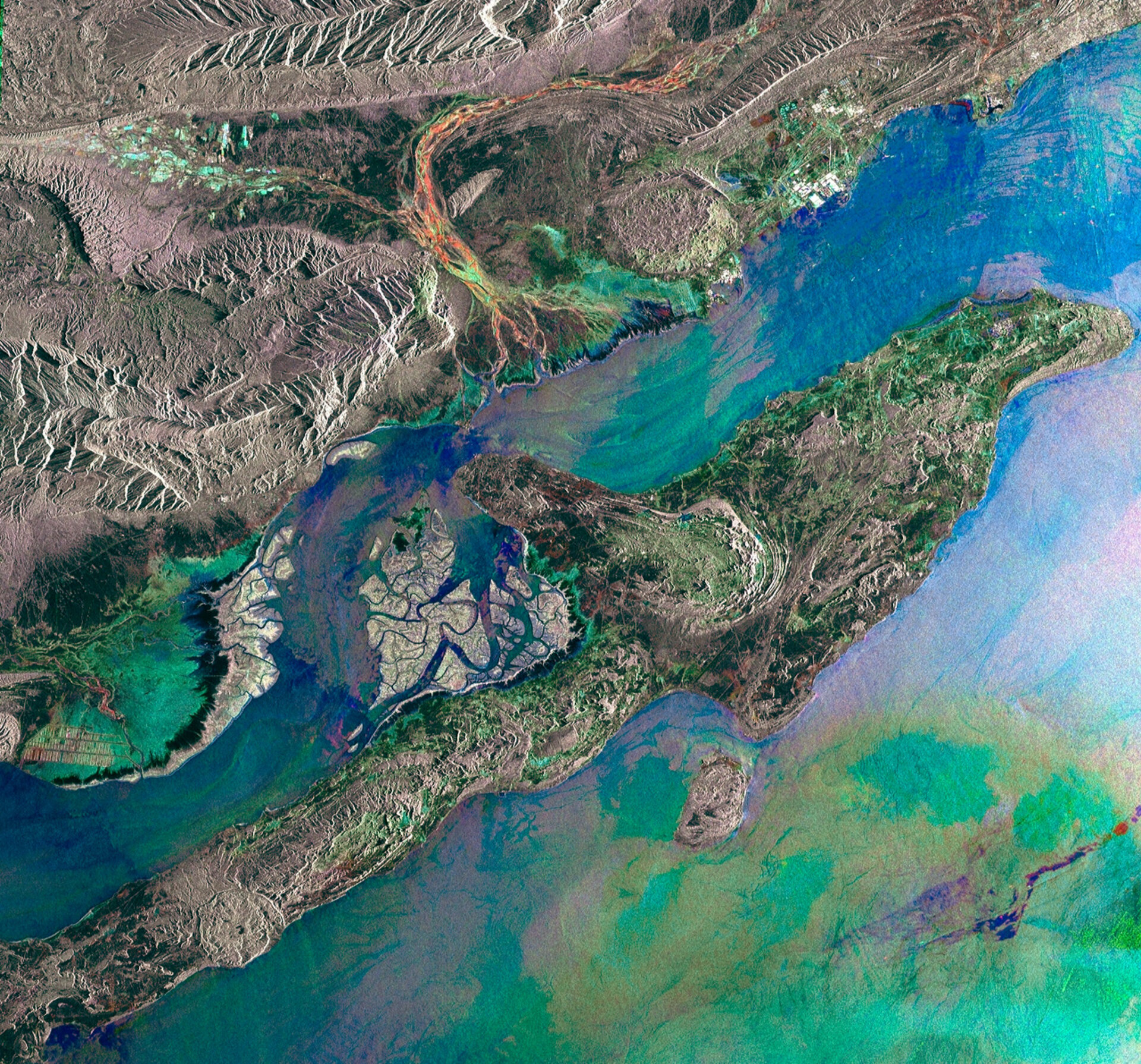 This long thin island lies just a few kilometres off the Iranian coast near the narrow Strait of Hormuz, which separates the Persian Gulf to the west and the Gulf of Oman to the southeast.

At its narrowest, the Hormuz Strait is just 54 km wide. However, this strait is one of the most strategically important passageways in the world because it is the only route to the open ocean for much of the Persian Gulf. Around 17 million barrels of crude oil are shipped through this passage every day.

Despite lying in this busy shipping lane, Qeshm Island harbours the Hara Biosphere Reserve, the largest stretch of mangrove forest along the Persian Gulf shoreline.

This network of shallow waterways and forest can be seen clearly in the image, between Qeshm Island and the mainland. The lush marine forest attracts many species of migrating birds, turtles, sea snakes, insects, frogs and mammals.

Qeshm Island is about 14 km long and 11 km wide, ringed by coral reefs. Inland, low-lying mountains made up of sedimentary layers cover much of the surface.

The image was created by combining three Envisat radar images from 2009 (7 May, 29 October and 3 December) over the same area. The colours result from changes in the surface between acquisitions.