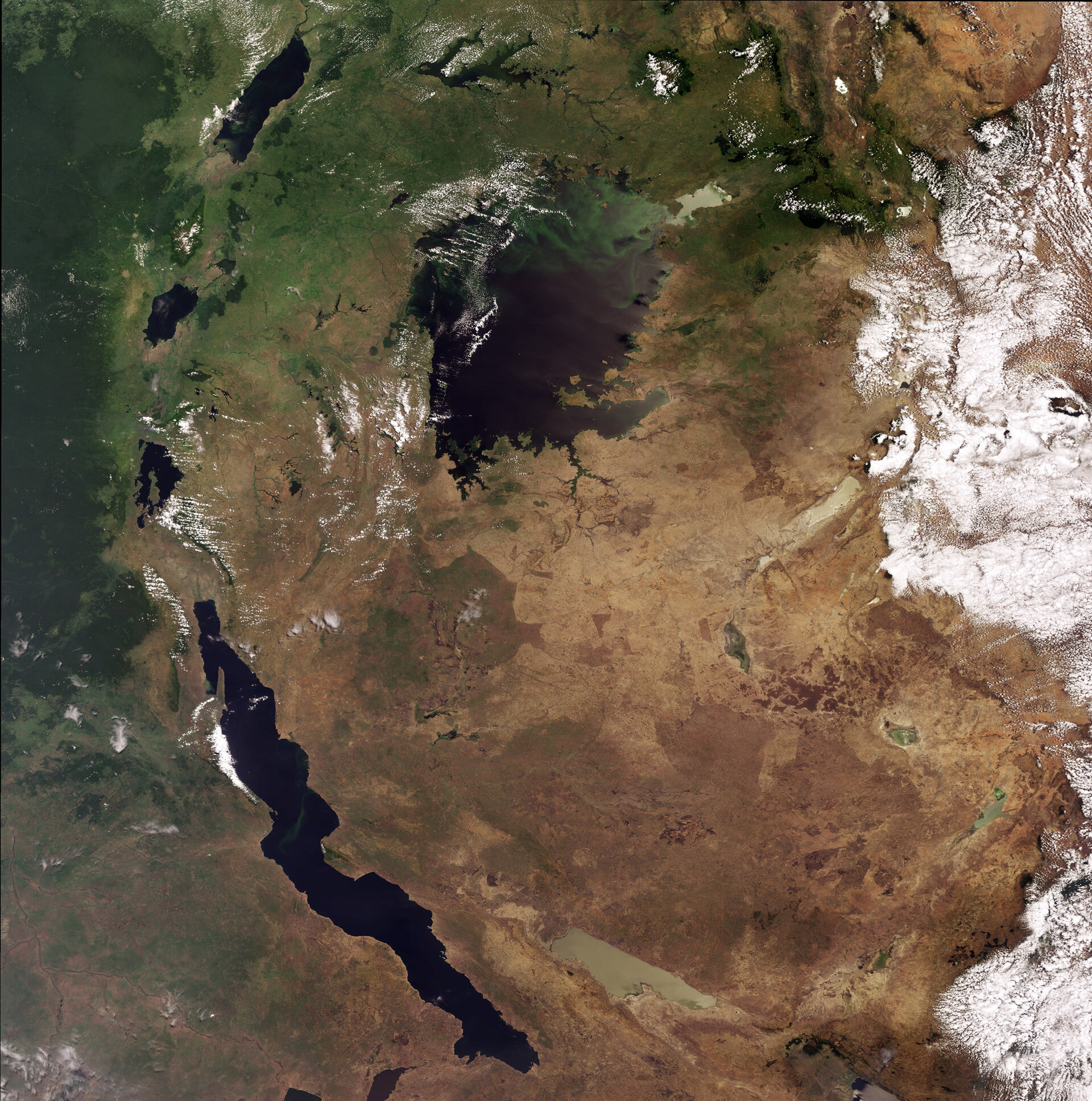 Lake Victoria (visible in the top centre) is the largest of all African lakes and is the second widest freshwater body in the world. The lake straddles three countries; the northern half sits in Uganda, the southern half in Tanzania and a portion of its north-eastern section is in Kenya.

The oblong-shaped lake visible in the bottom left is Tanganyika. With a length of approximately 670 km, it is the world’s longest freshwater lake. With a maximum depth of 1470 m and an area of 32 900 km², Tanganyika is the second deepest and the fifth largest lake on the planet.

The lake above Victoria is Kyoga, which is a part of the Great Lakes system but is not considered a Great Lake.

Lake Albert, the northernmost of the chain of lakes in the Great Rift Valley, is visible in the top left. With a length of about 160 km, a width of 30 km and a maximum depth of 51 m, it is Africa’s seventh largest lake.

Lake Albert, Lake Edward (visible beneath Albert) and Lake Kivu (beneath Edward) all run along the eastern border of the DRC (lush green area on the left).

Lake Edward is 77-km long, 40-km wide and covers a total surface area of some 2300 km², making it the smallest of the Great Lakes of Africa. The eastern side of both Edward and Albert belongs to Uganda.