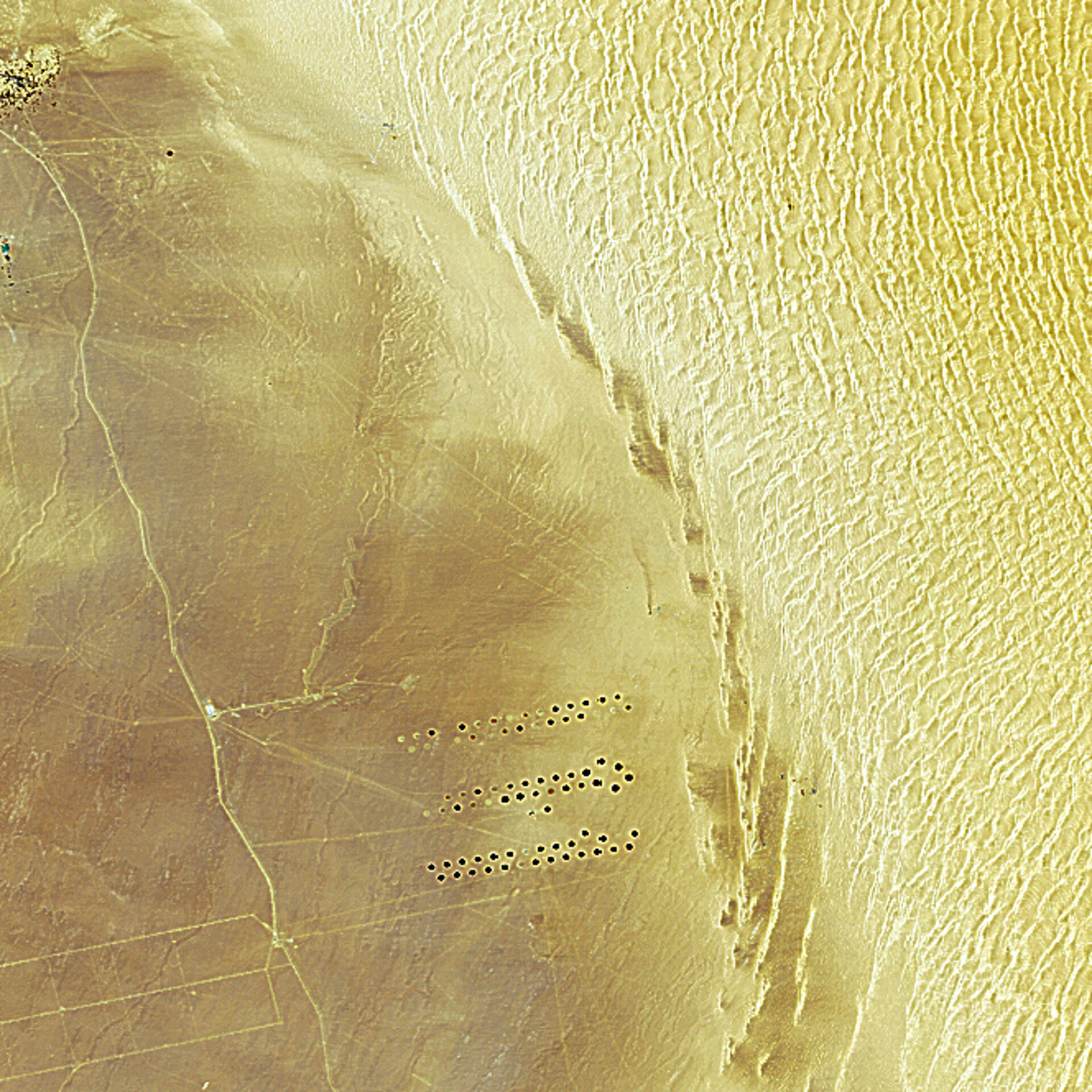 The Al Kufrah Oasis in southeastern Libya, one of the most easily recognisable landmarks from the International Space Station, is shown in this Envisat image.

The circular shapes indicate central pivot irrigation is being employed. A well drilled in the centre of each circle supplies water to a rotating series of sprinklers which deliver water in a circular pattern, accounting for their shape. Each of the circles has a diameter of nearly one kilometre, with the entire area stretching about 32 kilometres across.

With the Sahara Desert making up most of Libya, located in northern Africa, only six percent of its territory is suitable for agriculture. Although Libya has no permanent rivers or water bodies, it has various vast fossil aquifers – natural underground basins that hold enormous amounts of fresh water.

These aquifers are a legacy from around 10 000 years ago, when this territory was home to rivers and lakes that were regularly replenished with rains. Heavy amounts of rainfall seeped underground to saturate subsurface sandstone, percolating as deep as four kilometres. According to the United Nations Environment Programme (UNEP), total aquifer reserves have been estimated at 120 000 cubic kilometres.

In 1983 the Libyan government commenced the Great Man-Made River Project - considered the world's largest civil engineering project - to pipe the high-quality water from the aquifers to the populated coastal plains for drinking water and irrigation.

Over the last two decades some 3 500 kilometres of pipeline have been constructed, with more than five million cubic metres of water flowing daily from the heart of the desert to meet coastal requirements.

Libya is bordered by Tunisia and Algeria to the west, Niger to the southwest, Chad and Sudan to the south, Egypt to the east and the Mediterranean Sea to the north.