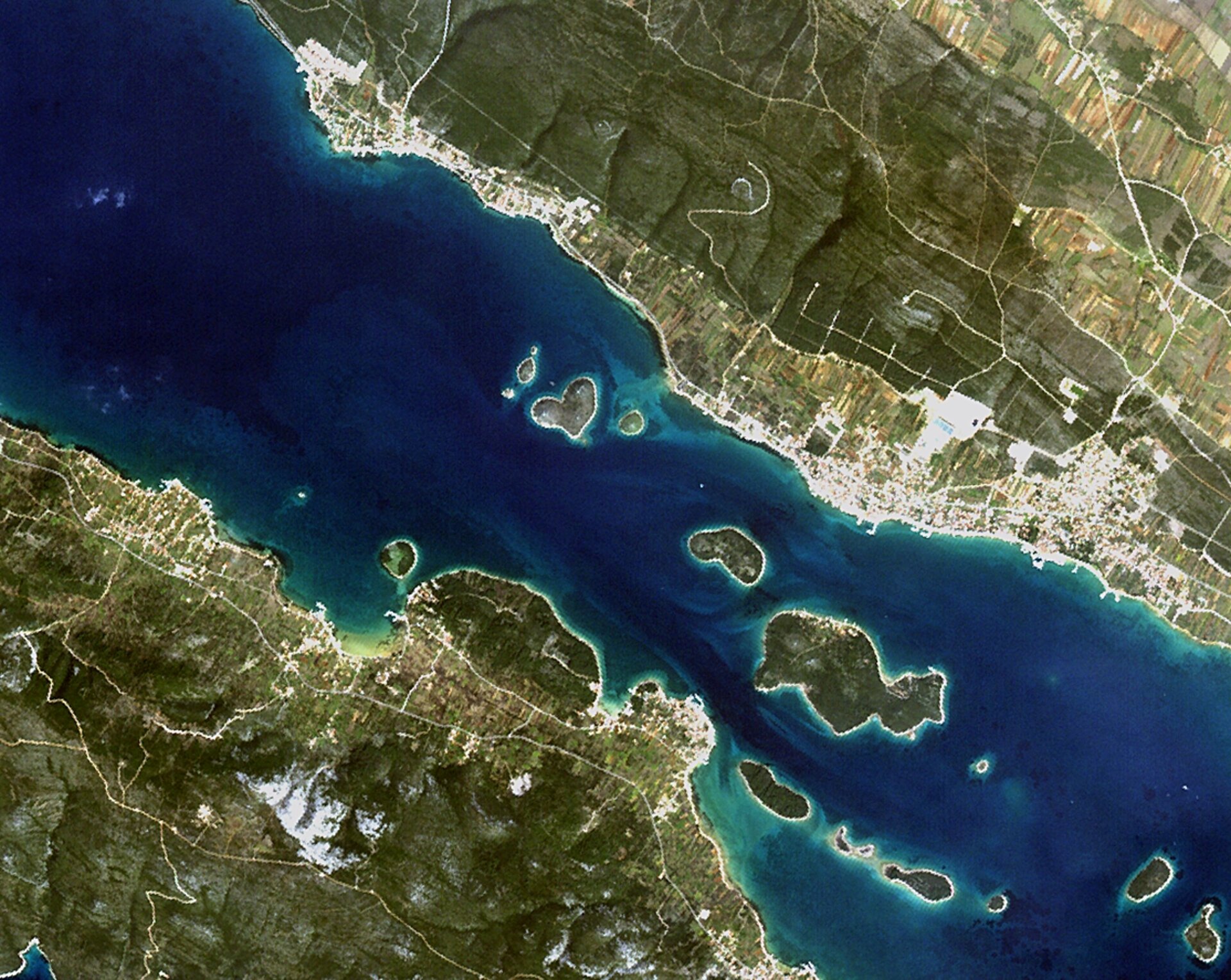 The small heart-shaped island of Galešnjak is featured in this image acquired by ALOS – Japan's four-tonne Earth observation satellite. The 500 m-wide island is situated off the Croatian coast in the Adriatic Sea.

Since its recent rise in popularity due to satellite images, the privately owned island has become a big hit in the media and with romantic tourists. Local media report the owner has received numerous requests from couples wanting to celebrate St Valentine’s Day there.

The uninhabited island, located between the city of Turanj (visible in white stretching along Croatia’s mainland coast) and the Island of Pasman (bottom left), is surrounded by sand on all sides.

ALOS (Advanced Land Observing Satellite) captured this image on 19 March 2010 with its Advanced Visible and Near Infrared Radiometer type-2 (AVNIR-2) instrument. AVNIR-2 is designed to chart land cover and vegetation in visible and near-infrared spectral bands, at a resolution of 10 m.