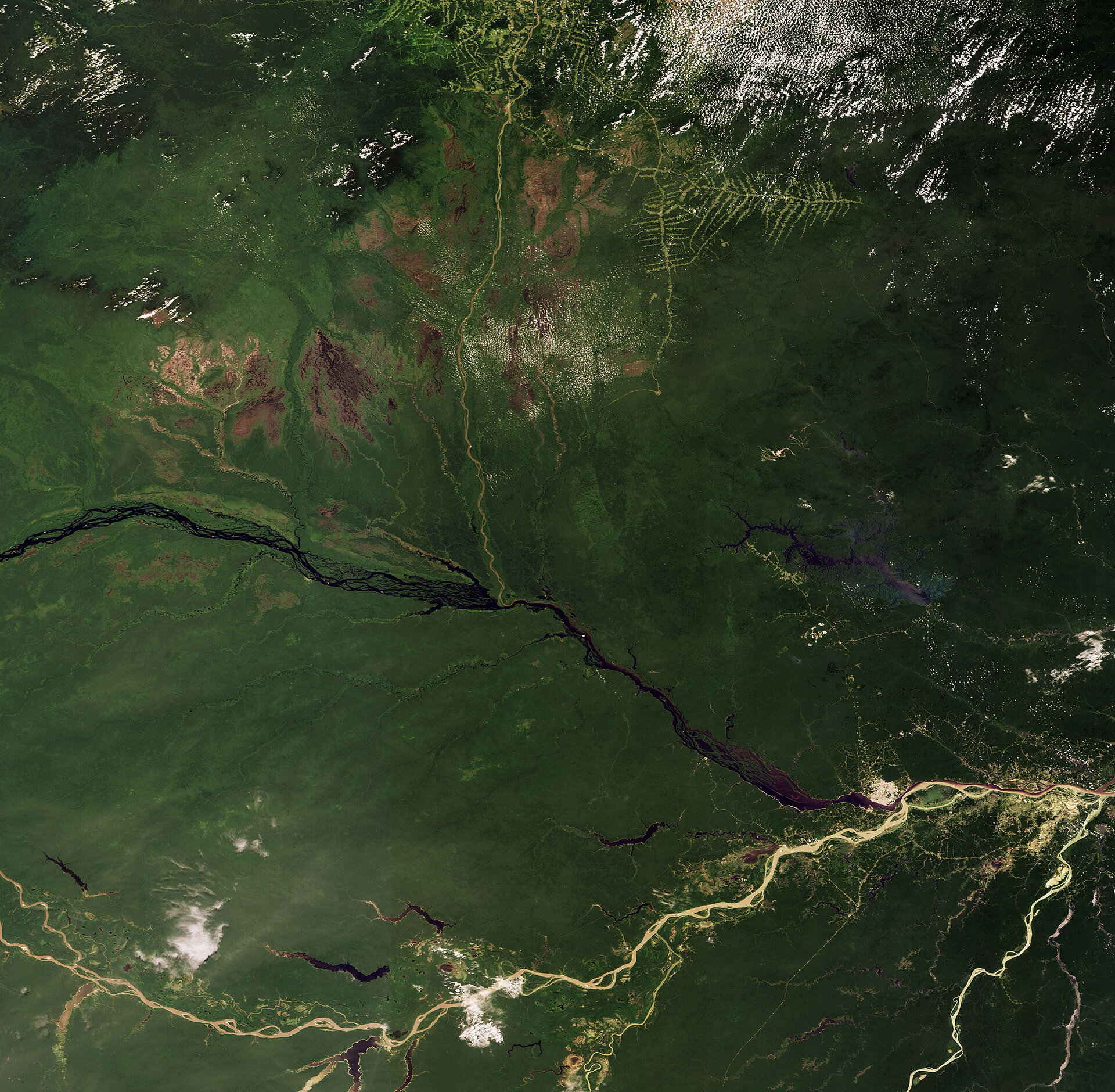 This Envisat image features the confluence of the Amazon Basin's main ‘black’ and ‘white’ rivers – the Rio Negro and the Solimões respectively – forming the Amazon River just below Manaus, Brazil.

Rio Negro (visible flowing east-southeast) is the largest tributary of the Amazon and the world’s largest black-water river. The term ‘black river’ describes the appearance of the coffee-coloured water, which results from dissolved decaying vegetable matter that gets carried along the river.

Black-water rivers often rise is rocky basements where little or no sediment is carried along, resulting in striking water clarity with visibility sometimes exceeding 9 m. They are considered some of the cleanest natural waters in the world.

White-water rivers (their actual colour is yellowish) often rise in the Andes, where headwater streams erode exposed rock. The sand, mud and silt the rivers carry lighten the waters. The Solimões River (seen flowing along the bottom of the image) flows for some 1 600 km.

Manaus (visible in white north of the confluence of the rivers) is the largest city in the Amazon Basin.

This image clearly highlights the contrast between the rainforest (dark green areas) and land cultivation (the fishbone-like patterns visible at the top of the image). Rainforests worldwide are being destroyed at an alarming rate, a development of great concern because of the role they play in global climate and because they are home to nearly half of the world’s species of plants, animals and insects.