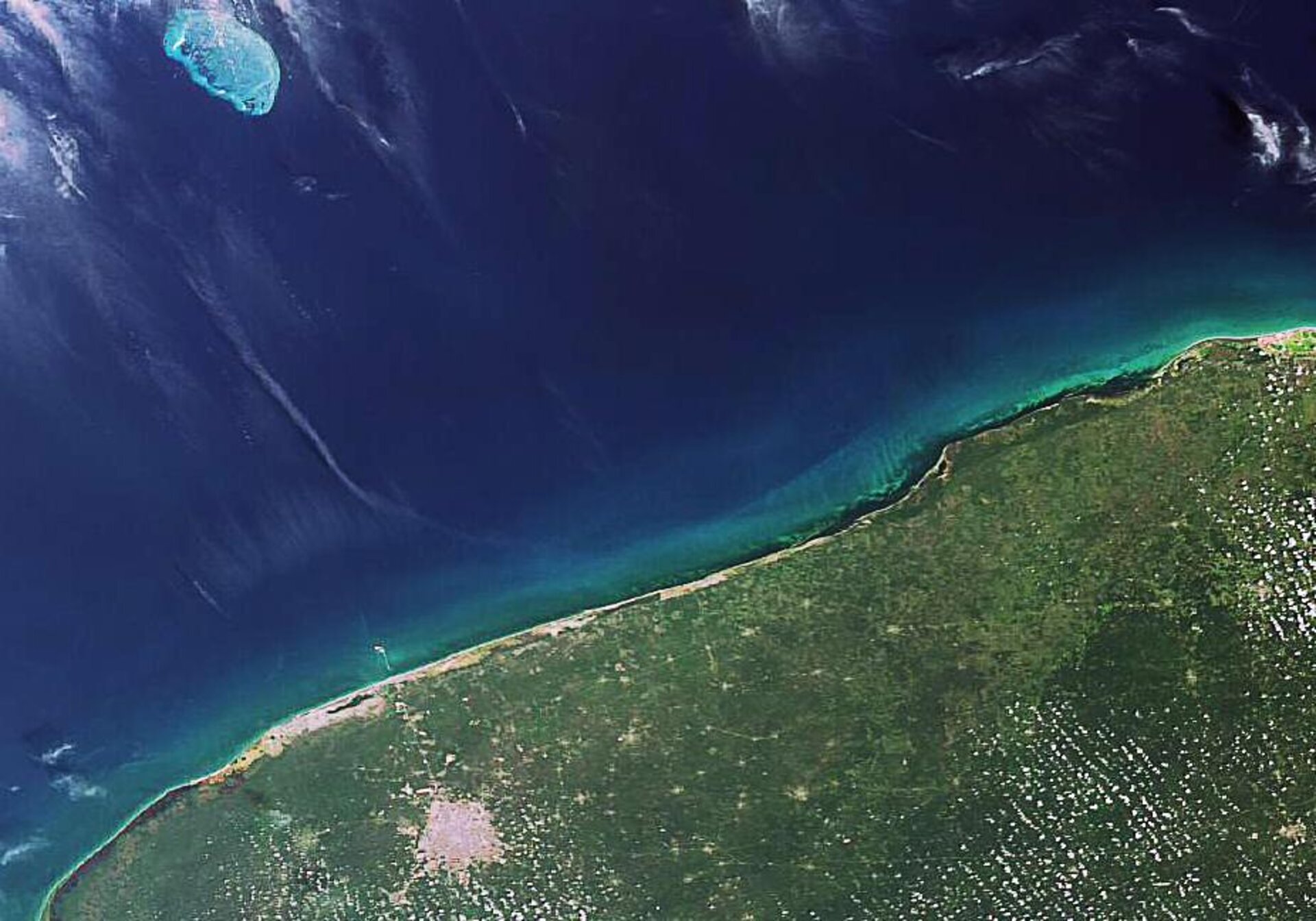 The northern tip of Mexico’s Yucatan Peninsula, a northeastern projection of Central America, is visible in this Envisat image. Merida, the Yucatan state capital, is clearly seen as a large whitish area to the west some 35 km from the Gulf of Mexico.

The Yucatan Peninsula was once home to the Mayan civilisation, and Merida – known as the ‘White City’ because of its large use of white limestone and paint – was built over an ancient Mayan city.

Mayan ruins along with picturesque beaches and verdant forests bring many tourists to the peninsula, which is famous as the site of the asteroid impact that killed the dinosaurs.

The peninsula is located between the Gulf of Mexico to the west and north and the Caribbean Sea (not visible) to the east. In addition to the Mexican state of Yucatan, the peninsula also includes the states of Campeche, Quintana Roo and large portions of Belize and Guatemala.

Visible in the Gulf of Mexico is Alacranes reef, an emergent platform reef that forms part of the Campeche Bank, an underwater extension of the Yucatan Peninsula. Alacranes is the largest reef in the southern Gulf of Mexico and the only coral reef in Yucatan.

The Alacranes reef has great biological diversity and was declared a national reserve in 1994. The protected area of some 88 084 hectares includes five islets – Desterrada, Desertora, Perez, Chica and Pajaros.

This image was acquired by Envisat's Medium Resolution Imaging Spectrometer (MERIS) on 26 February 2007 working in Full Resolution mode to provide a spatial resolution of 300 metres.