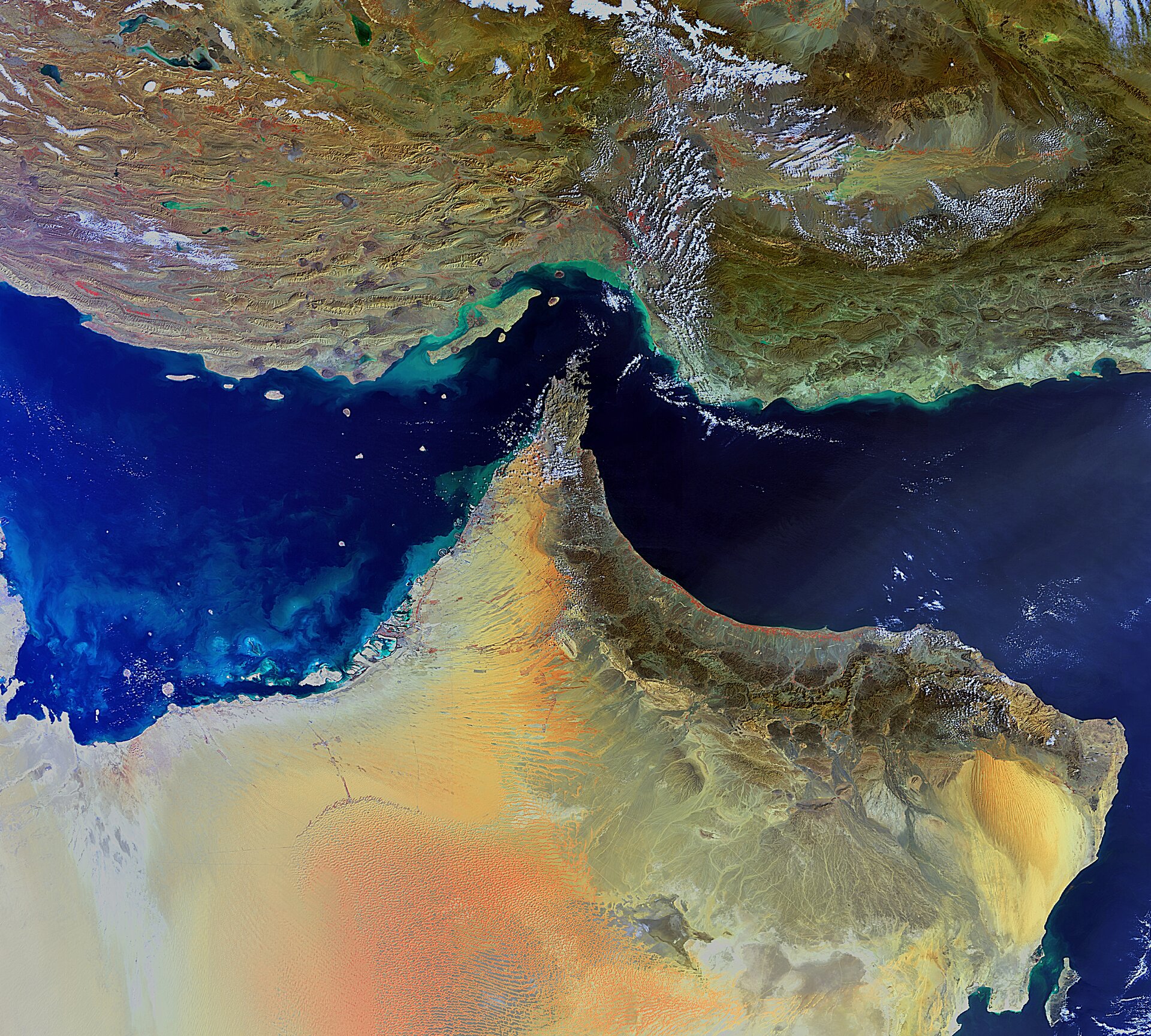 The south-eastern parts of Iran (top) and the Arabian Peninsula are featured in this Envisat image.

The closest point between the two Middle Eastern countries is the Strait of Hormuz (centre), which links the Persian Gulf (left) with the Gulf of Oman (upper right) and the Arabian Sea (lower right).

The ridges, dissected uplands and depressions of the Hormozgān province are visible in Iran. Qeshm Island (parallel to the coast) is Iran’s largest island. Green and tan swirls along the country’s coastline are due to sediments being transported in the water.

Oman’s only mountainous area is in the north, where numerous peaks rise between 1500 and 2100m. The majority of Oman’s inhabitants reside in the narrow Al Batinah region on the coast of the gulf (green and orange area in front of the mountains).

Dubai’s manmade islands off the coast of the United Arab Emirates are surrounded by swirls of plankton and sediments. The relatively shallow depth of the Persian Gulf and the wide continental shelf off the Dubai coast made the construction of these artificial islands possible.

This image was acquired by Envisat’s Medium Resolution Imaging Spectrometer on 4 February at a resolution of 300 m.