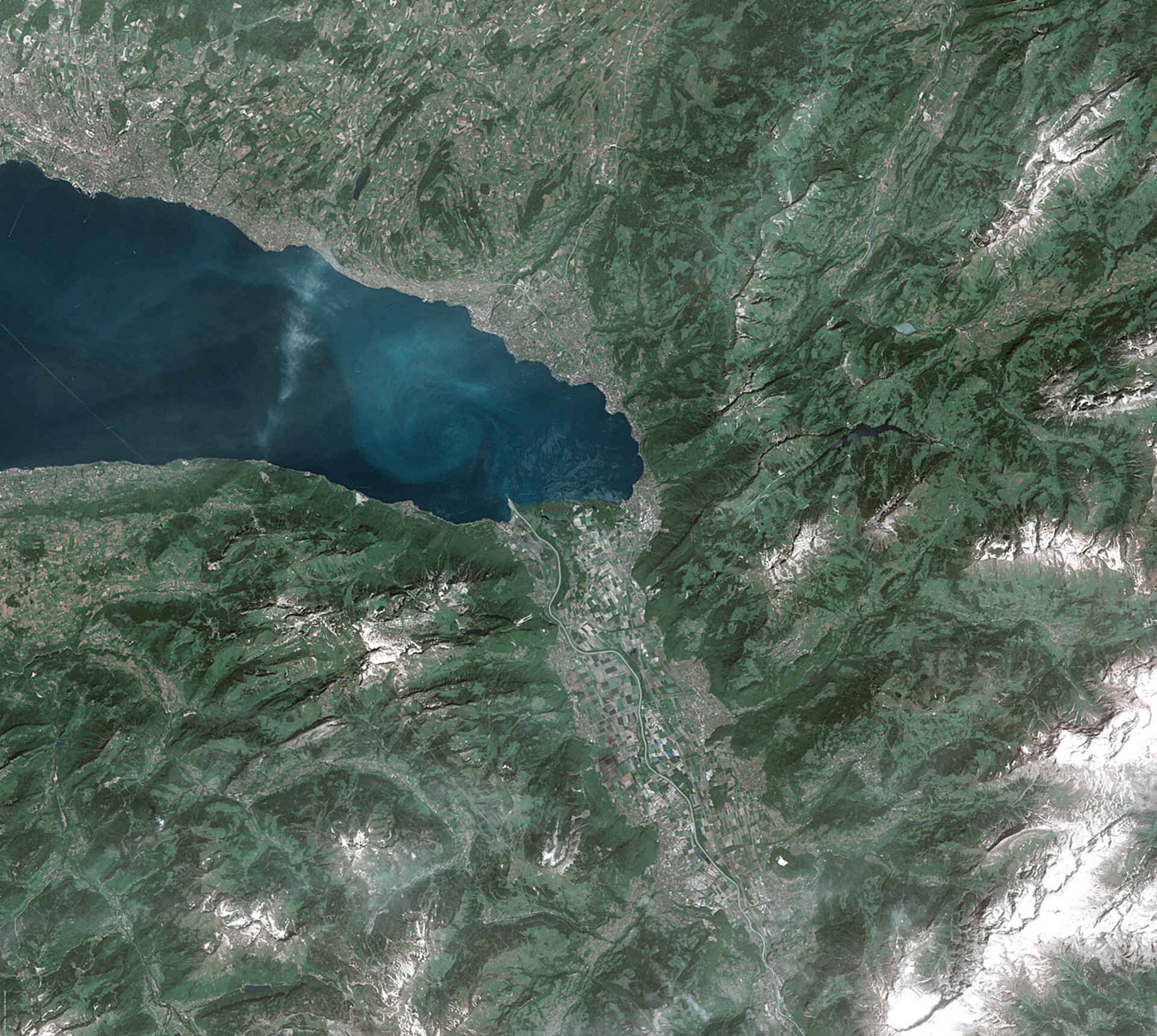 Montreux, the Swiss Riviera town located on the eastern shore of the crescent-shaped Lake Geneva, is highlighted in this satellite image.

Statues of Chaplin and Mercury have been erected in Place du Marche, the town’s main square, facing Lake Geneva, as a tribute to the men. Mercury, who died in 1991, resurrected interest in the town for a generation of music lovers with his phrase: "If you want peace for your soul, go to Montreux."

The town’s spectacular views will serve as the scenic backdrop for more than 900 scientists from around the world attending the 2007 Envisat Symposium from 23 to 27 April to review and present results of ongoing research project activities using data from ESA's Earth observation satellites, in particular Envisat.

Almost all fields of Earth science will be highlighted, such as greenhouse gas concentrations, ozone hole monitoring, sea level rise, sea surface temperature, ice sheets and sea ice variations, volcanoes and earthquakes, land cover changes, among others. About 800 presentations are planned in 54 themed sessions with participants from over 40 countries worldwide.

As the greatest environmental challenge facing the world today, numerous climate change studies and results will be presented at the symposium, further illustrating the findings of the latest Intergovernmental Panel on Climate Change (IPCC) report.

This Spot 5 image was acquired on 1 June 2006, with a resolution of 2,5 metres. Spot 5 was built by France's space agency the Centre National d'Etudes spatiales (CNES) and its imagery are distributed commercially by SPOT Image.