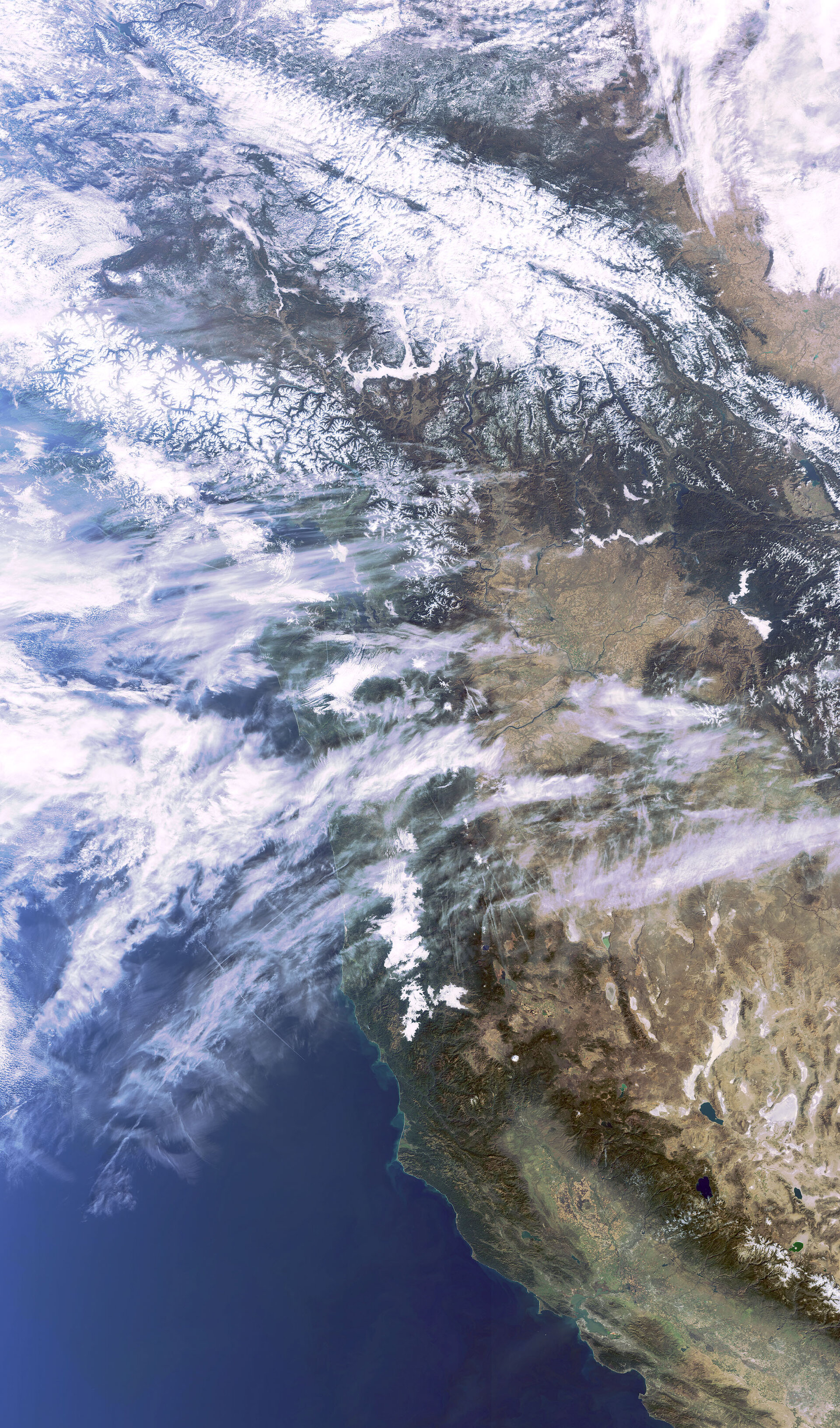 This Envisat image features western North America, one of the most extensive mountainous regions on Earth.

The Coast Mountains (snow-capped, visible top left) cover the Alaska Panhandle (not visible) in the U.S. and most of coastal British Columbia (top left) in Canada. Many glaciers have carved valleys, resulting in the formation of numerous fjords with precipitous cliffs that can rise 2100 m from the water along the Pacific coast.

The Rocky Mountains (snow-capped, top centre), which include at least 100 separate ranges, stretch some 4800 km from northern Alberta and British Columbia southward to New Mexico, U.S.

Covering more than 1200 km of the west coast, several U.S states are visible in the image, including Washington (beneath Vancouver Island) and California (from the middle of the image to bottom right hand corner).

San Francisco Bay is visible near the bottom right in green. Sacramento Valley and the northern tip of the San Joaquin Valley are visible in green and tan to the east of the Sierra Nevada range.

The Coast Range (snow-capped, visible northwest of Sierra Nevada) is a series of mountains along the Pacific coast, running from southern California through Oregon and into Washington. British Columbia’s Coast Mountains are not a continuation of these ranges but of the Cascade Range.

This image was acquired by Envisat's Medium Resolution Imaging Spectrometer (MERIS) instrument on 3 November 2009, working in Full Resolution mode to provide a spatial resolution of 300 m.